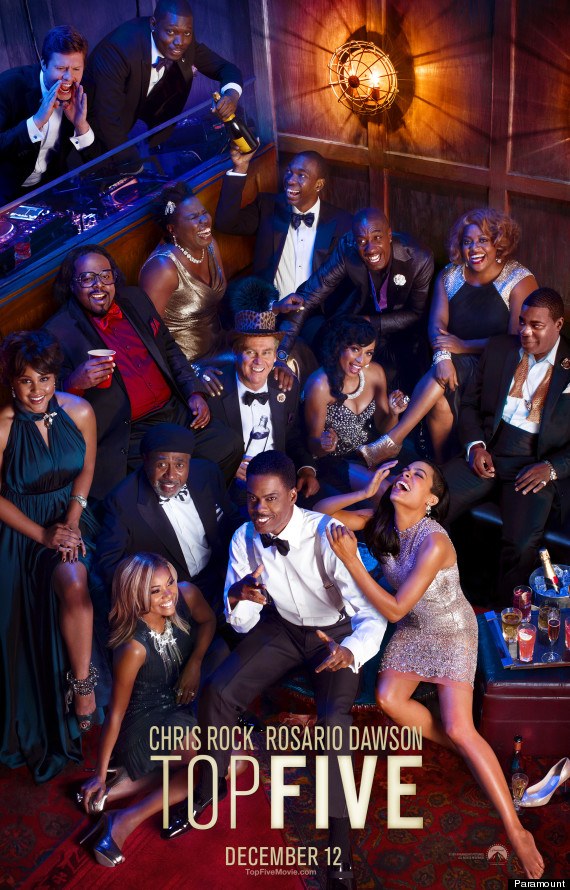 [dropcap1]I[/dropcap1] honestly can’t remember the last movie that made me shout out loud “FUCK YASSSSSS” at the movie screen while clapping and snapping my fingers to quips, one liners, thought provoking quotes (read: bars) and hearing various people doing the same all around me. Oh, I can’t remember cause that hasn’t happened to this magnitude before. Chris Rock’s Top Five was a fucking movie. Fuck that, in my opinion this was THE Movie. Remember in Bad Boys when Martin Lawrence finally drove efficiently enough to prompt Will Smith to get in his ear? After watching Top Five I was shouting, “THAT’S HOW YOU MOVIE! FROM NOW ON THAT’S HOW YOU MOVIE!!!”

Top Five is the story of Andre Allen (Chris Rock) who is tired of doing the funny Hammy movies (think Big Momma’s House XXXIV but in a bear suit) having already released 3 and decides to go the route of more serious roles. He is promoting his most recent movie Uprize which is based around the Haitian revolution (shout out to my Dad for teaching me bout Toussaint Louverture & Dessalines since age 5) much to his agent (Kevin Hart) chagrin. He rips into Andre recalling that he was so against the film that he emailed his response to Andre doing Uprize with massive N-bombs so that it would get flagged by his work email JUST so that he would have it on file that he was against this career direction. The best thing going for Andre is his wedding to reality TV star Erica Long (Gabrielle Union) which plays on a larger scale as the movie progresses. 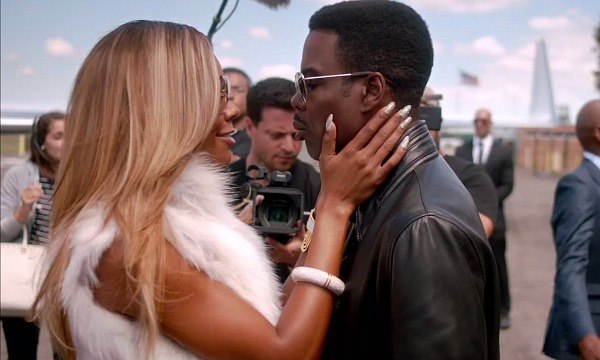 Once we meet the Times reporter Chelsea Brown (Rosario Dawson) who is shadowing Andre to find out the truth about him the movie picks up, especially when Chelsea proves her mettle and Andre decides to give her the truth blunt as fuck in exchange for a finally non-scathing write up. We see when Andre hit bottom in a hilarious retelling of the escapades that lead to him choosing to become sober. We delve into bits of the planning of the wedding once he realizes certain things that are changed unbeknownst to him, as well as Andre and Chelsea just shooting the shit. The best parts of this film are people just shooting the shit due to how easily you have found yourself in similar conversations. We hear Andre refer to Charlie Chaplin as the KRS-One of the comedy game, we see him take Chelsea to visit his family where not only he isn’t ostracized for his success but still treated as if he’s one of the gang (no yes-men in the fam either). You know how rare and how fucking good that feels to see in a film man? To see a cast atmosphere be so black (peep that poster again bruh) and loving while at the same time passionately justifying their top five rappers to their friends and family? 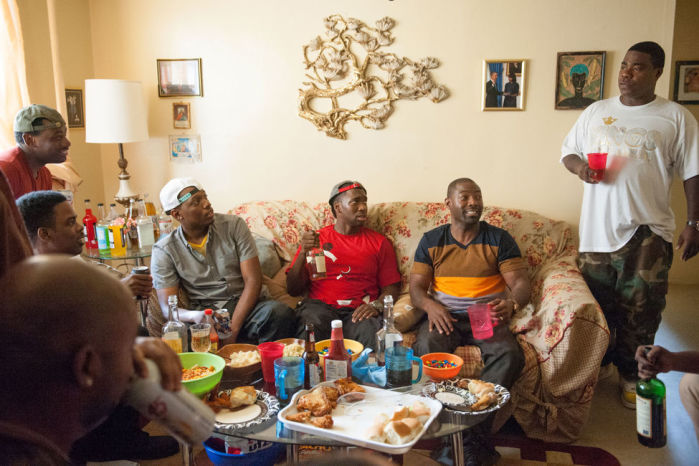 I can’t describe to you how amazing it feels to see that especially with the current state of events going on currently, but I digress. The chemistry between Dawson’s and Rock’s characters is perfection. You feel as if you are watching two friends that could obviously be fit for one another or just click as friends. The movie often leaves you thinking at how genius Chris Rock is with the way he manipulates the directions in which you think the film will go, especially when the celebrity cameos come into play. Yo, don’t even get me started on the fucking cameos, man. You KNOW a cameo is good when you see the celebrity on the screen and you’re reaction is “Oh shit, you in this?” as if running into an old friend at a store. I won’t spoil any major appearances so all I’m going to say is the best and funniest top five rappers list comes post credits. 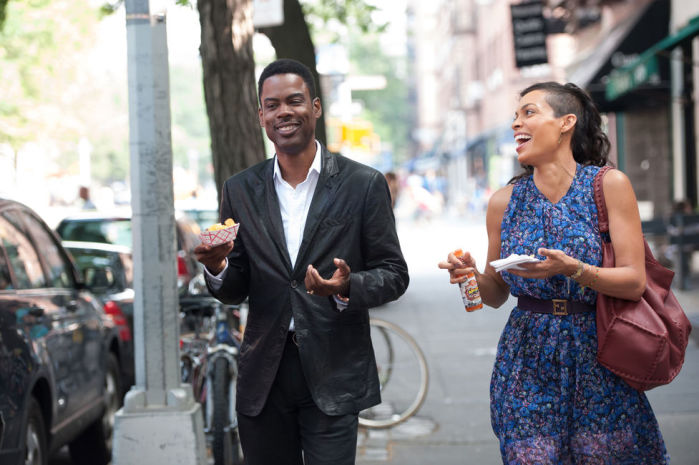 This movie was handled so well. I honestly can’t stress this enough, the way we see Andre fall and then see him rise, how Erica delivers a vulnerable as fuck monologue that breaks down what fame is to and for people, and just the comedy in general. This movie attacks comedy in so many various ways: snark, sarcasm, quips, one-lines, everything on such an intellectual level, especially if you know the pop culture references being made via certain moments in hip-hop or mainstream media. All the cast has their due be it the character they portray or in some cases when celebrities are just portraying themselves. I honestly feel this was the best movie I’ve seen in… ever. This is our Interstellar y’all. If you felt Dear White People was alright but didn’t get it right, this movie is the nail in the coffin I swear. This movie sits in a different weight class from the other films Chris Rock has given us. I’m really trying not to over hype this movie or give away too much with how hype I am to get others to embrace it. Regardless, I promise you this is the shit we been needing in to see in the streets and theaters. 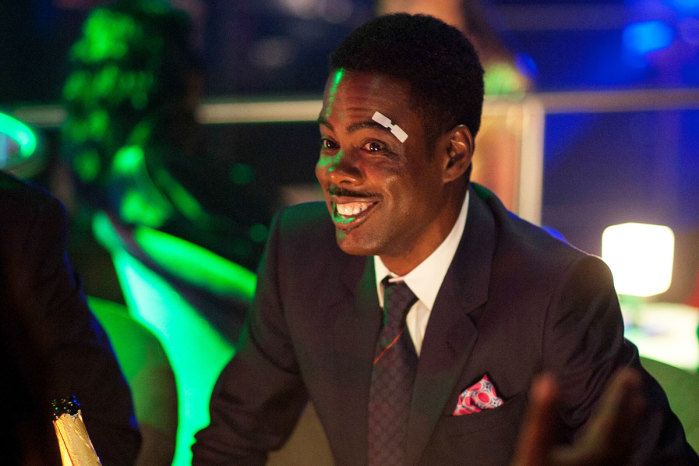 I have to close this out by doing it justice with some paraphrasing from Scott Woods,