Kousuke Oono began his professional manga career in 2016 in the manga Monthly Comics @ Bunch with the one-shot Legend of Music. Oono’s follow up series, The Way of The Househusband, is the creator’s first serialization as well as his first English language release. Why is this important to note? Because it’s not too often you get a English translation so early in a mangaka’s career—at least not back in the day. Plus, The Way of the Househusband hit it big pretty quick which translated to being a good look for readers overseas. The synopsis is pretty straight forward: A former yakuza living legend leaves it all behind to become your everyday househusband. What follows is the most ridiculous and wholesome start of a new manga series from Viz that kept me laughing and rolling my eyes.

The Way of the Househusband follows a retired yakuza member most notoriously known as the “Immortal Dragon” who is living out his post-crime career as a devoted and loving house husband. Tatsu lives a life on the edge still as he still manages to find his way into trouble except it is usually at the grocery store trying to catch those sales versus some back alley. The manga follows him managing his household as just your ordinary househusband–one who has walked away from the gangster life to do battle with cleaning, laundry, grocery shopping, cooking and that damned Roomba that he can’t seem to figure out. It’s a day in the life of your average househusband—if your average househusband is a legendary yakuza. 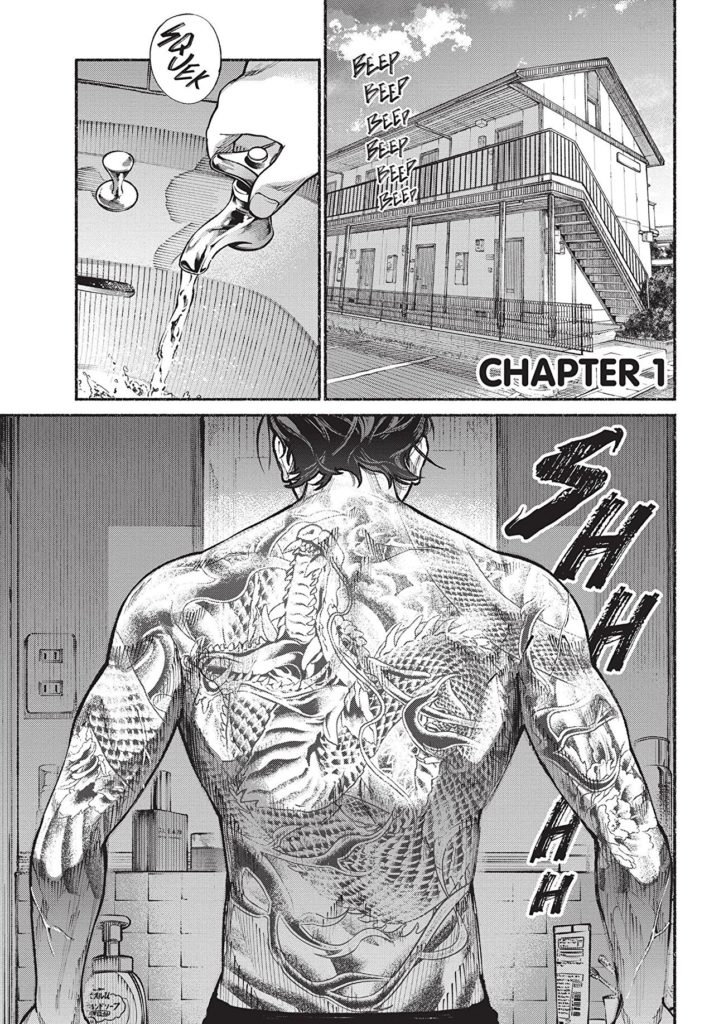 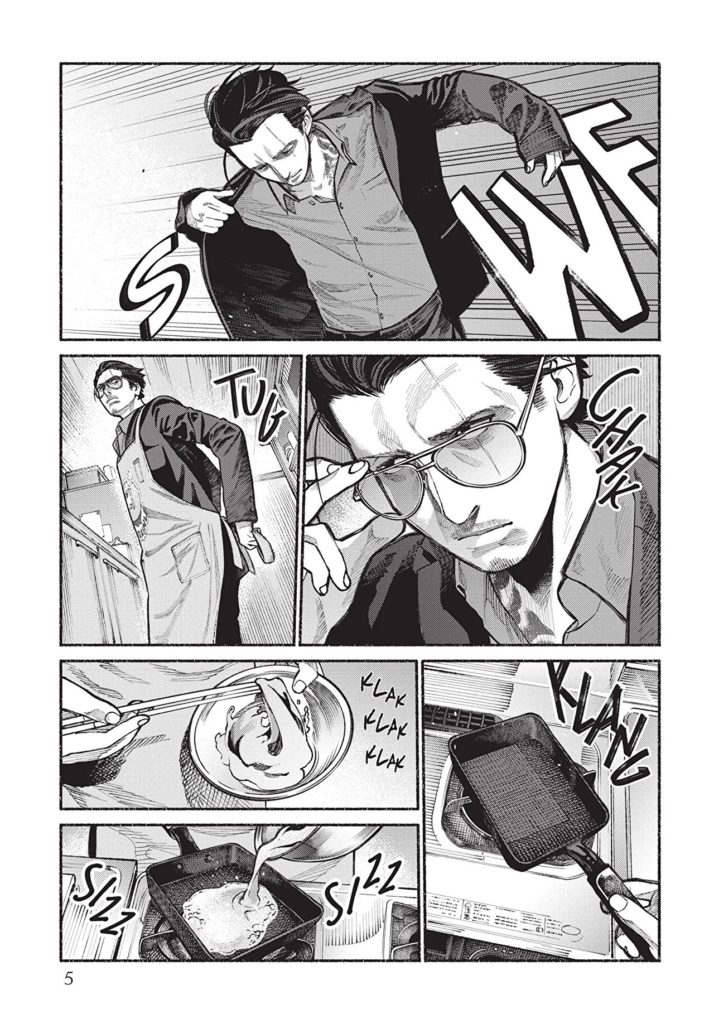 Onno’s art makes an impact the first few pages in, his style includes striking art that he dramatizes up well throughout the book. There is also clean lines and panels that really showcase the action. He makes everything from simple household chores to preparing a cute bento lunch for his wife, intense scenes. There’s an attention to detail from a panel showing Tatsu’s yakuza tattoos to pockets of space around the house and random items. The most mundane and ordinary makes for a treat when Tatsu’s extreme facial expressions make their way on-page and it’s a riot to read.

[This video is a live-action promo commemorating the manga having 1.2 million copies in print. Voice actor Kenjiro Tsuda both stars and directs the video. Maaya Sakamoto voices the wife character Miku.]

Gag Manga, I Tell You.

The Way of The Househusband is for fans of One-Punch-Man, Gin Tama and dare I say it, Yotsuba. (With a note that while our sweet summer child Yotsuba is basically for all ages: THIS manga is for teens. The Viz website labels it as TEEN PLUS which is in the Age 16+ category. So don’t buy the babies this and blame me, beloved.) Look, one of my favorite parts of this volume is Tatsu grocery shopping with his wife and him asking a worker there where the “White stuff was”–and the grocery store worker immediately stating that they don’t carry THAT. With his intimidating nature and how he’s dressed, it’s implied that she thinks he’s talking about drugs, cocaine, probably. His wife catches on and quickly interjects that they are looking for flour. FOR COOKING. FOR BAKING.

Yes, it is gag manga but it veers into the slice of life genre too, if I really sit down and think about its silly, episodic nature. (Look, Comixiology labels it with the comedy, crime and manga genres.)

It basically falls into one of those books where you love it or you hate it. It’s a fun play on gender roles while subverting some tropes hilariously…Some readers may find the episodic format too short to truly present the meat and potatoes of the story, but I think the format works find as I read and adore manga that works narratives like this, a more recent fave of mine? Satoko and Nada that’s being published by Seven Seas Entertainment similarly works this format with ease.

The Way of the Househusband has surprising depth and following along with Tatsu means readers will see a man with some emotional depth himself, peeking through. Still, I’m way curious about his past and how it keeps showing its face. There’s an introduction with a few characters here in this volume but of course, I’d like to see more of the supporting cast add more the narrative and more to the hi-jinks. I did love the touch of otaku/weebo culture thrown in–who doesn’t love some magical girls? (And that kid who looks like Steven Universe, curly hair and all) It’s a solid enough first volume that’s piqued my interest and makes me look up volume two. There’s enough substance for me in volume one to make me reach for volume two. Here’s to more whole Ridiculous & Wholesome-ness in volume two and more.

We’ve got another manga to add to your shopping list! The Way of the Househusband, Vol. 2 cover debut is here! pic.twitter.com/ueZKCskxmS

Volumes one and two of The Way of the Househusband are available now from Viz in print and digital. Volume three is now available to pre-order now.

Manga Readers: Have you already read volume two and you’re waiting for May for volume three? Sound off in the comments or let us know on our social media platforms. 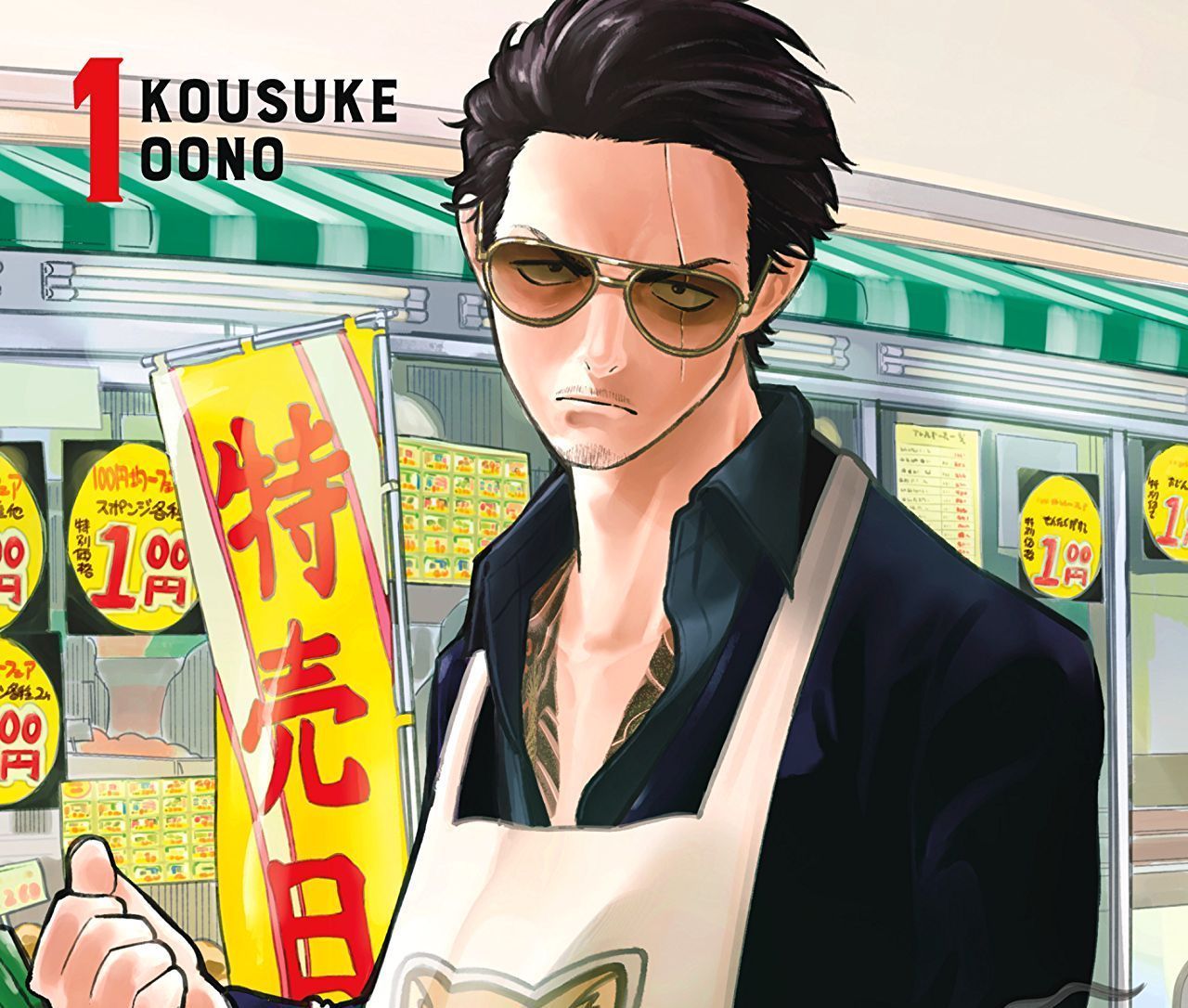