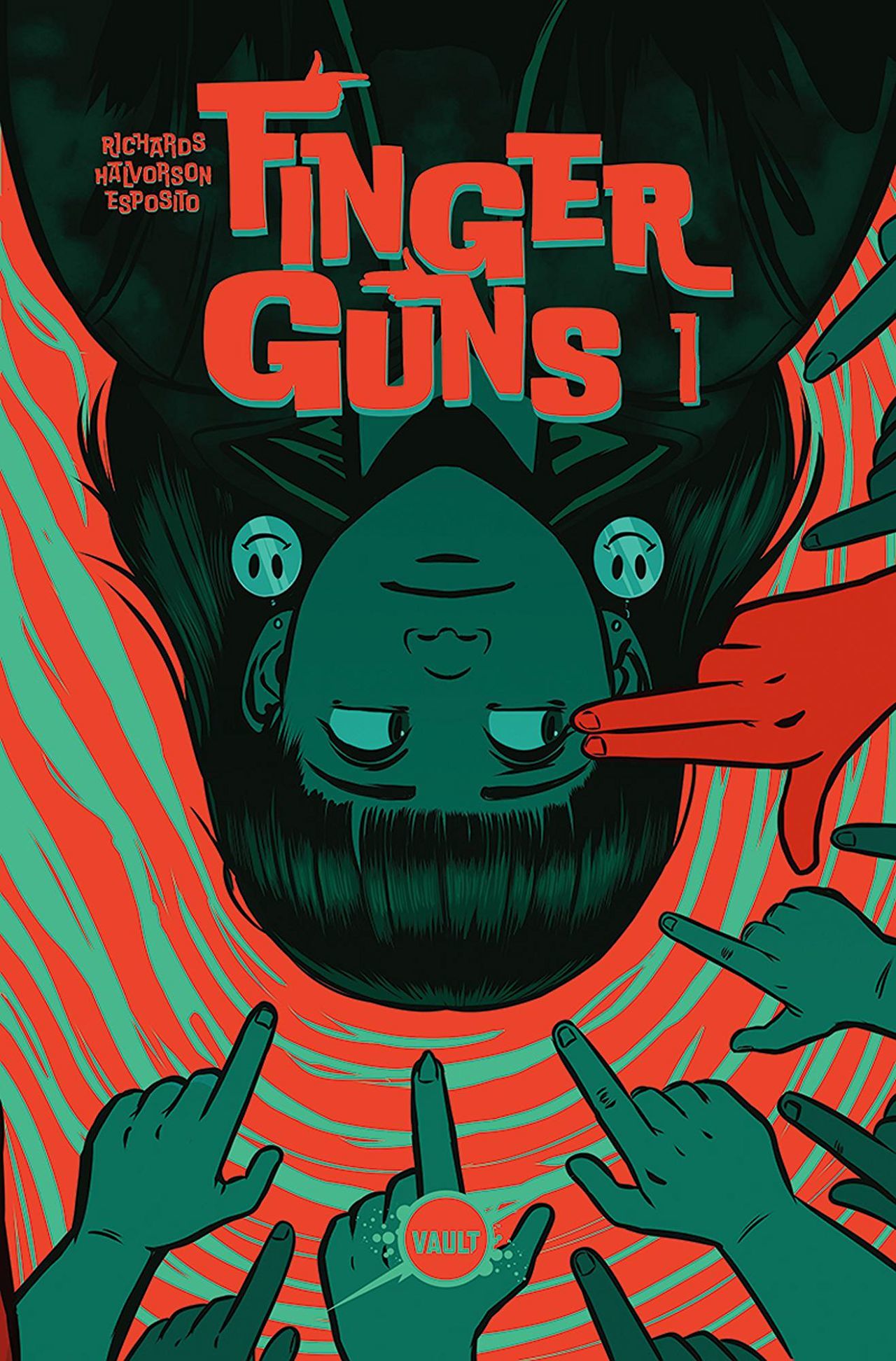 The finger gun is an instantly recognizable gesture and one that has been incorporated into pop culture repeatedly. Spike from Cowboy Bebop, Yusuke from Yu Yu Hakusho, Mr. Blonde from Reservoir Dogs, and my personal favorite example: the prolonged action sequence in Tales of the Borderlands – Episode 4.

It is something that is capable of being both childish and threatening depending on the demeanor of the one making the gesture. It’s not quite innocuous, but it’s not quite devious to point at someone and fire imaginary ammunition; however, the latest comic from Vault introduces a very simple idea: what if something did happen if you pulled the mental trigger? 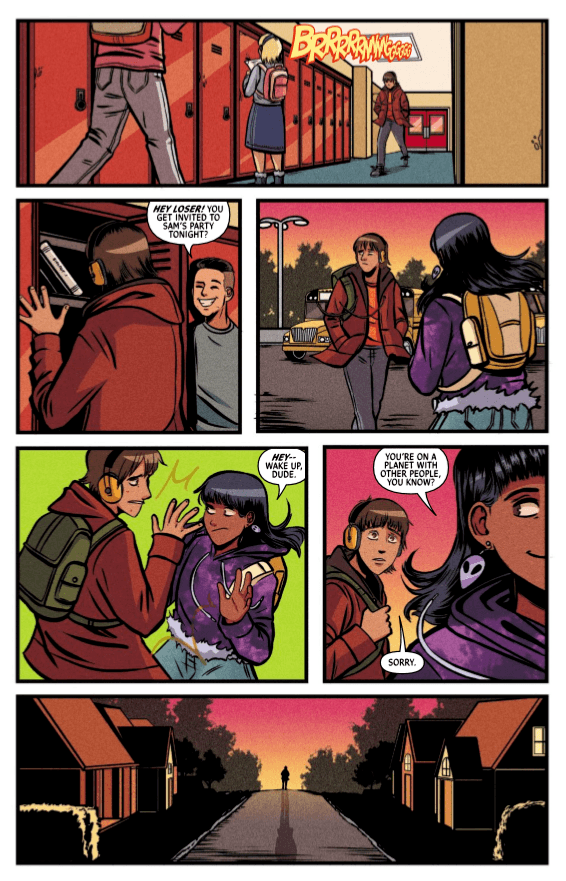 Finger Guns is the dual tale of Wes and Sadie, two seemingly normal high school students who also happen to possess the strange power to change people’s emotions by pointing and firing their fingers at them. Richards’s starts the story through the perspective of Wes, who by all metrics is a frustrated teen picked on by his peers and let to his own devices by his dad. When he sees another kid with a less than ideal, he takes aim only to find that he has amplified the anger of the father immensely, and then begins to abuse the hell out of said power to incite rage. But before long, he also runs into his counterpart Sadie whose finger guns seems to calm people down and thus the story truly begins.

This type of magical realism is really wonderful, because it captures the essence of being a teenager so succinctly with the finger gun conceit. The innate desire to have others feel the same way you do just by pointing and having an instant pivot. Richards captures the emotions of the principle characters perfectly, and the dialog is straight forward and to the point. And equally crucially, Richards also knows when to let to the art speak for itself. Halvorson has a very playful visual style and is able to effectively communicate story beats without the aid of text. You combine that with Nalty’s colors and Esposito’s lettering, and it creates a very vivid narrative and makes for a brisk, easy-going read. 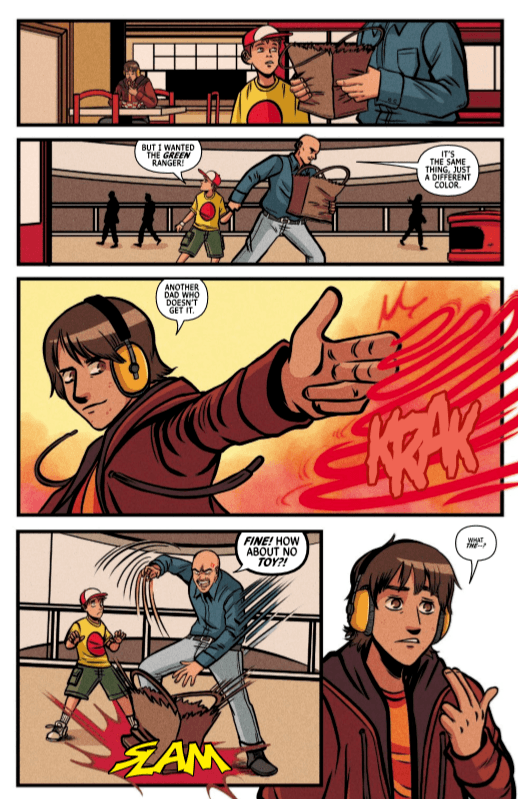 In many ways, Finger Guns reminds of me a teenage appropriate version of Sex Criminals: two protagonists with unique supernatural powers find each other and learn how to navigate their unique capabilities and the realities of life, and that’s genuinely exciting. Richards and Halvorson have a solid foundation with the first issue, and I’m excited to see how the world will evolve in the coming months.

?It's a busy #NCBD for #VaultComics! Here's what's appearing on shelves today: