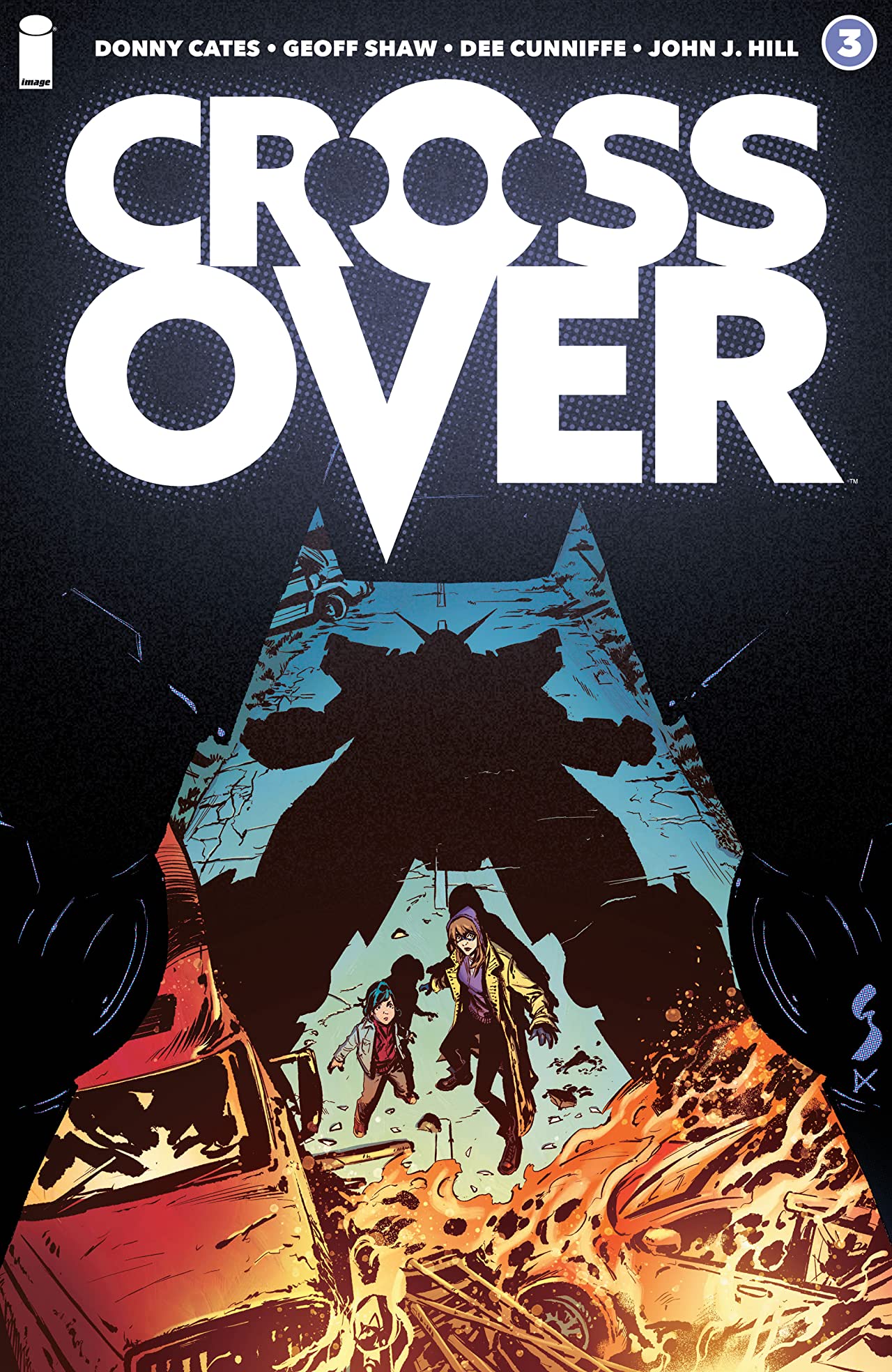 Near the end of last year, we talked about the first issue of Crossover. And specifically, we talked about some of the reservations I had with the story with the persecuted nerd trope and the fictional character discrimination aspect of the story. These were facets of the story that hampered my enjoyment of the premise, which I wish I didn’t honestly. The idea of a cataclysmic event where fictional entities manifest in our reality is so uniquely comic book fan-y. It’s the type of thing that even hinting that Batman and Spider-Man are looking across the hall as a perfectly normal person observes them both can get you really excited.

What keeps drawing me back is Shaw’s absolutely incredible artwork. As noted before, visually this story is stunning. The line work, the character designs, the blended styles that Shaw is able to achieve along the colorist Cunniffee. This book is a masterful demonstrate of color, contrast, and scene. Every panel is a dynamic and contains multitudes of small details that carefully craft such wonderful scaffolding for Cates’s writing.

And I think my problem is that Cates’s writing fluxes a little too over the place for me personally. Crossover #3 starts with a thinly veiled allusion to Watchmen and how the book’s ending was ultimately flawed because if something world breaking actually happened, we’d just have even more conflict. And the thing is, we have seen this to be the case in the two different follow up properties to Watchmen and in the real world. The metafictional commentary feels a little insular from other interpretations of the source that already exist. And it eventually pivots into something more optimistic and interesting in the middle of the issue, but because of how it staged its callback, it felt off.

And the thing is when Cates focuses on Ellipses and her personal journey, when it focuses on the original elements of Crossover, it shines a little bit brighter. Ellipses is a likable protagonist. The way she takes care of Ava is endearing. Ava’s outlook on the world is wonderful. But it’s sometimes muddied by the insertion of allusion and reference. I think Crossover #2 had the best balance of letting the fact that this is a world where all fictional properties exist within this new universe without overshadowing the worldbuilding that was going on. Crossover #3 feels a little unfocused at times, because it tries to be in conversation with several other texts at once with a very strong authorial tract, which may be a deterrent to you or may be an attraction.

Crossover is such a difficult franchise to evaluate, because the overarching structure demands that it both be all encompassing and all able to stand on its own. There is very clearly a deep love for the comic book medium, yet the paradoxical story feels like it should be approachable to all and this is the third time where I feel slightly alienated by some of the choices made.