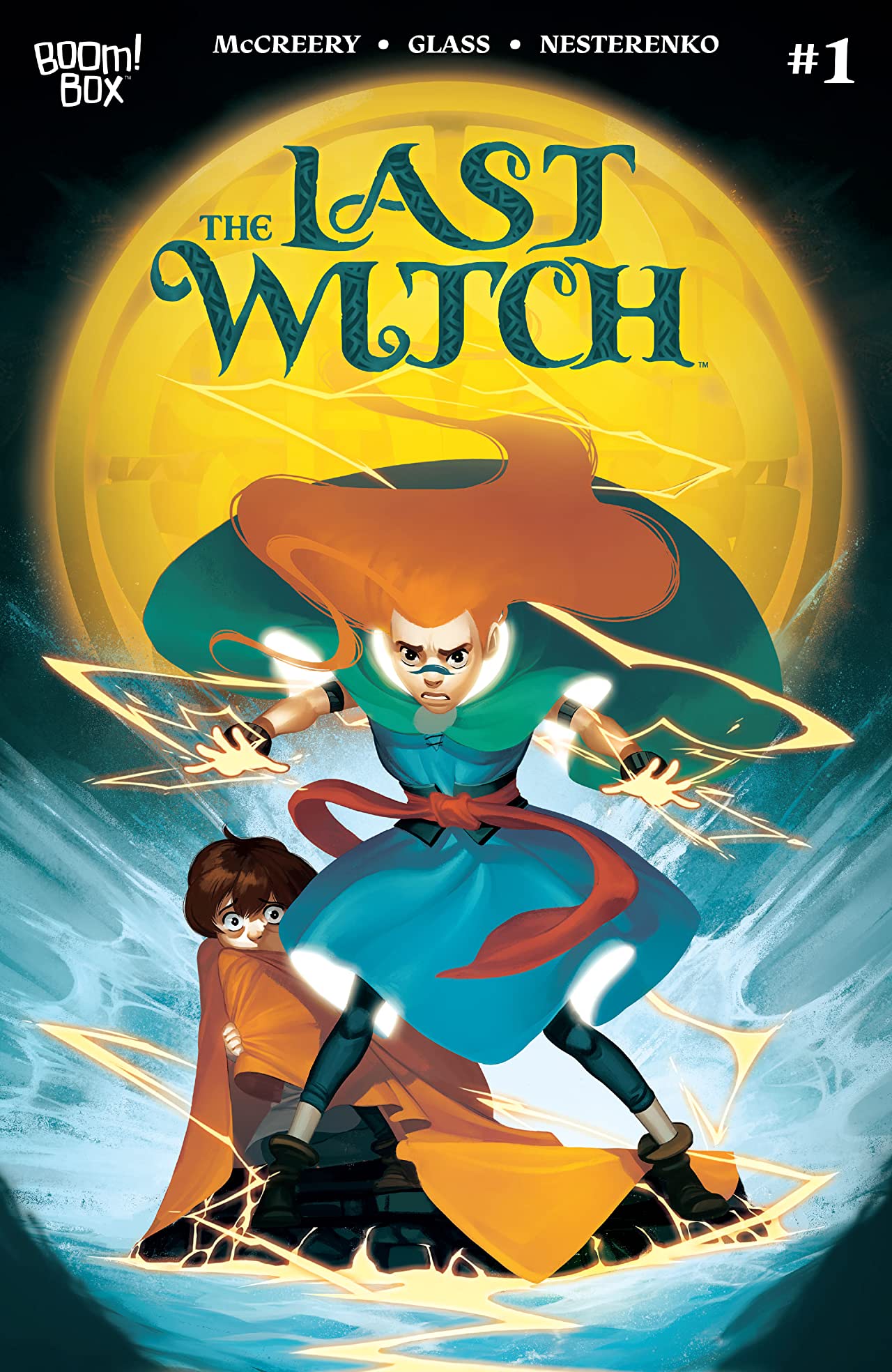 As far as staple fantasy stories go, you can’t really go wrong with young protagonist gets swept up in a roaring adventure across the lands discovering their destiny. It’s archetypal. It’s familiar, and it works because it has worked before. Boom! Box‘s latest title, The Last Witch is a familiar take on the genre that takes a while to warm up.

As an almost double sized issue at 38 pages, The Last Witch follows the expected beats. Our protagonist, Saoirse is introduced. She is predictably adventurous and willing to venture forth into places where she’s not supposed to go. She has a contentious relationship with her peers and authority. There’s a tragic backstory involving her mother and a mysterious symbol on her shoulder. It’s a fine execution, not stellar, not horrible, but fine. McCreery’s writing has a good cadence to it, but I also think that the most interesting parts, the facets of the story that could distinguish the story and elevate it, are tucked away at the last page. In that same vein, I think Glass’s artwork does a lot of work of selling the work.

The backdrops are fantastic, and Saoirse’s slight smirks and expressive eyes compliment the text brilliantly. Nesterenko’s colors make everything pop off the page, leveraging the protagonist’s familiar red hair against the snowy environment, and Campbell’s lettering is solid.

It is only within the last act of the book where Saoirse reaches the “Tower in the Woods” mentioned in the front matter where I begin to the seeds of something more magical, where new elements are injected into the framework and that there is potential for this to become a more enthralling story.

And I will also acknowledge that I’m not the target audience for this particular story. I think there are plenty of younger readers who are going to relate to Saoirse and will appreciate the pacing and the ability to revel in the picturesque world.