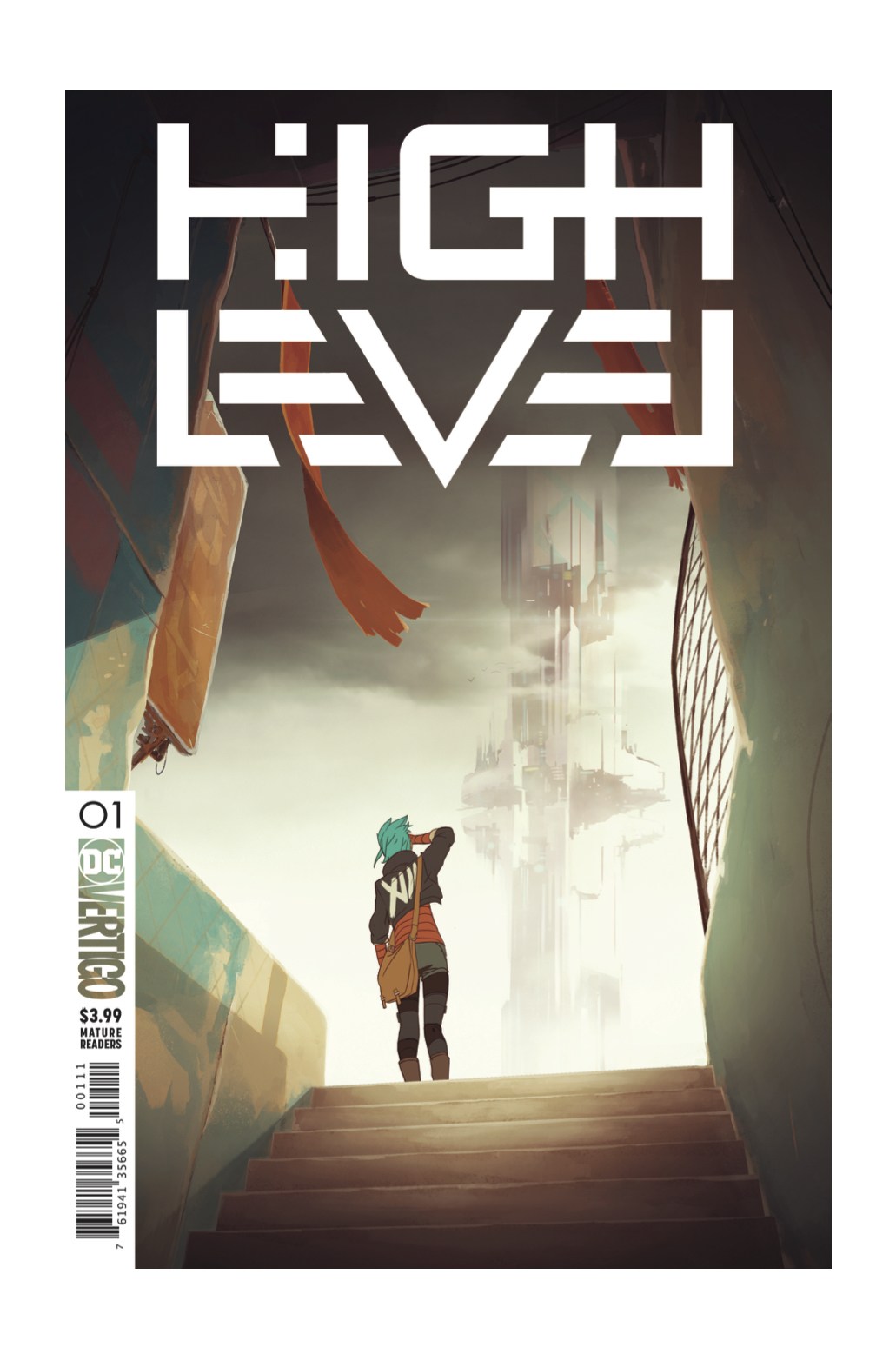 In the tradition of 80’s/90’s era cyberpunk fiction and cinema comes High Level, an original creation by digital artist and former art director for Nine Inch Nails, Rob Sheridan. Exploding from the page with a distinct and bold visual style of Barnaby Bagenda (Green Lanterns, Suicide Squad), the first issue unveils a world torn between the “haves and have-nots” with nods to a future dystopia that lies somewhere between Akira, Total Recall, and even the recent film Alita: Battle Angel.

Thirteen is a woman who works hard and lives even harder, known as the “Sewer Girl” in her ghetto of Onida Flats. Similar to the aforementioned Alita or even Neil Blomkamp’s Elysium, the elite and seemingly privileged segments of society reside above the Earth in a place known as “High Level.” The palace in the sky, however, may not last much longer. A war rages above the Onida Flats that threatens to spread to the Earth below. Also, there are rumors that High Level is merely an illusion, a prison that enslaves those who escape there for the false hope of paradise.

Unconcerned with the myths and the wars of the privileged, Thirteen cleans sewage for a living while speaking to her only friend, a R2-D2-esque beeping/buzzing drone known as Ezra.  Her real life, however, resides in the night. Here, she uses her skills in hacking and programming electronics to smuggle and trade technology between various clients. Complex, tough, but ultimately, alone, Thirteen is a charismatic lead character and point of view for the series. When one of her transactions turns out to be a setup, Thirteen is rescued by a faction of Black Helix soldiers. Her estranged lover Akan is amongst them, hoping to recruit Thirteen for a job that would would take her directly to the one place she has no desire to go – High Level. 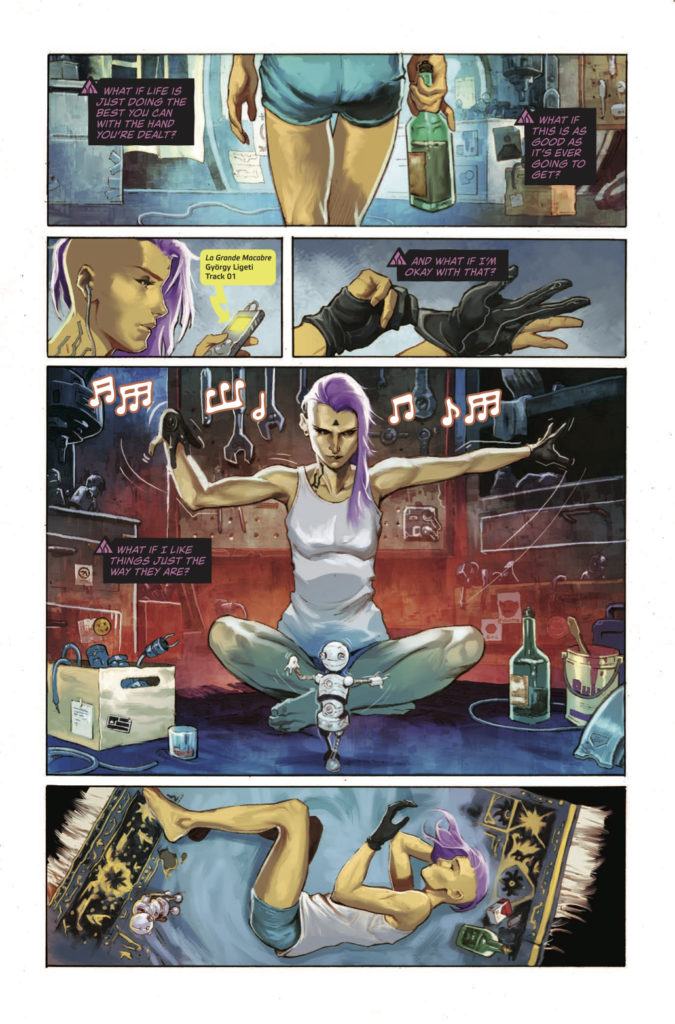 High Level #1 checks all the boxes for a familiar, yet mysterious take on the cyberpunk genre. Jakarta-based artist Bagenda and colorist Romulo Fajardo, Jr. lend textured, distinct dynamism to every panel and character rendering that plays just as well with the action sequences as they do in moments of basic dialogue. Their images bring life to dozens of extraterrestrial species — humans, humanoids, cyborgs, and everything-in-between — without holding back on detail. As a result, the series feels genuinely alive and flows nicely, with its style falling somewhere between the comics world of Alejandro Jodorowsky and Aeon Flux. This debut issue and comic by Sheridan introduces the world of High Level with enough detail, intrigue, and mythic structure that make it a comics journey worth taking.

DC’s Vertigo imprint continues to release niché and mature offerings from both fan-favorite creators and those outside the established names in the industry. With offerings of powerful stories ranging from American Carnage and The Sandman revival to High Level, one would be easy to forget their superhero line even exists (no disrespect to the Bat).

8 out of 10 Cyberpunk Dystopias