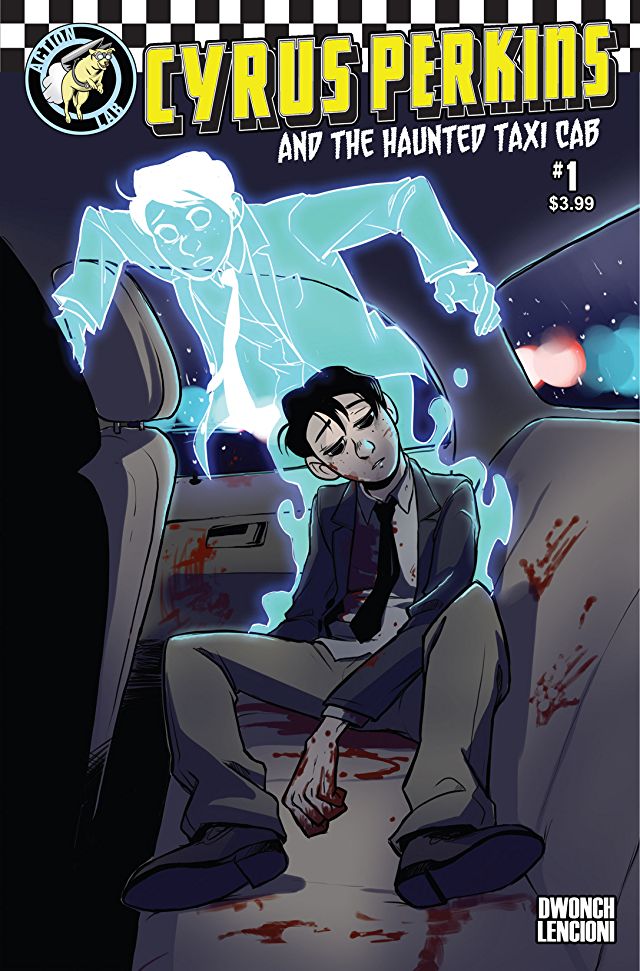 I snatched up issue #1 of Cyrus Perkins and The Haunted Taxi Cab for three reasons:

I figured that it had a supernatural twist based on seeing the cover and the title. [icon_check]

The few taxi cab rides that I have taken were pleasant. (Sorry, I’m an Uber girl) [icon_check]

Cyrus Perkins is your ordinary guy: he’s your taxi cab driver. Day in, Day out transporting folks throughout the city. He’s good at his job.  He gets them from point “A” to point “B”. He gets paid. He goes home. Repeat. Day in and day out. Nothing too exciting happens but he’s fine with that. He has his routine down. It’s what he knows. It’s how things go. 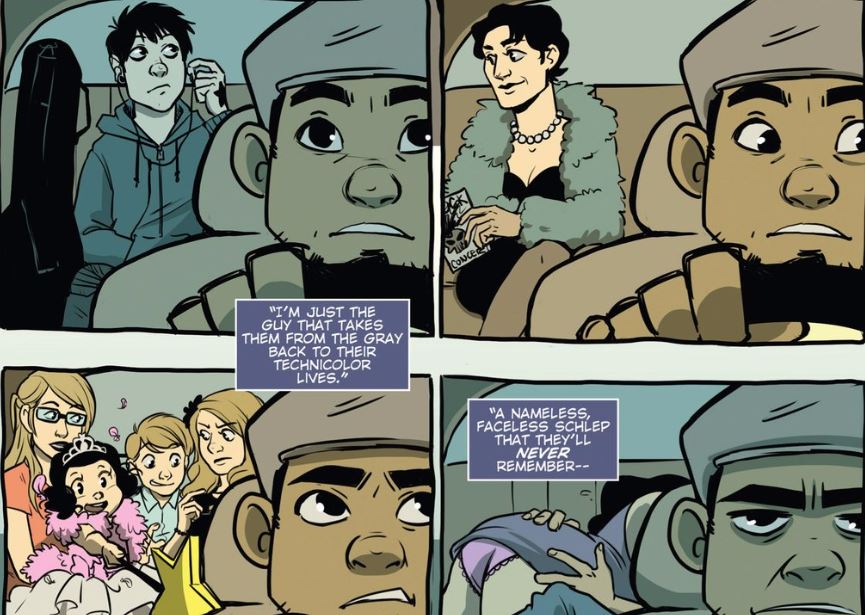 UNTIL one evening, as fate would have it, a monkey wrench is thrown in the wheels and a teenager who  enters his cab with gunshot wounds and is telling Cyrus to “Drive.” This is truly how this first issue begins. It’s a bold, gusty move via storytelling for the first issue of this series.

Lencioni’s art is easy on the eyes and brings the visuals to us with her A game. Every character, even the minor ones don’t look like rushed, there’s a polished look to each page and each person you see. 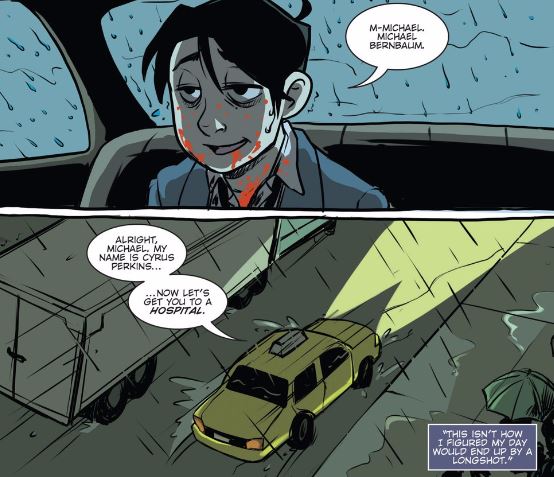 THAT CLIFF HANGER THOUGH! So far so good: an emotionally gripping but still intriguing start to what looks like a great new series. With several comics under his belt, writer Dave Dwonch seems to have a good understanding of how to move the story forward.  Anna Lencioni, an artist and storyboard revisionist for Cartoon Network also seems to really know what to fill the panels art-wise with to accompany Dwonch’s story. As a team, I’m impressed so far.

So it’s important for me to drop a note here, Most of us know Action Lab Comics for all ages titles such as Princeless or Molly Danger. But their comic lineup ranges from “E” for everyone to “M” for mature audiences. If you are wondering where CPATHTC stands, it has a T+ rating which is the equivalent of 12+ and older readers: more mature themes (death, grieving, etc) and more graphic imagery (blood).This particular book is not overly violent but appropriate for your teenagers or your really mature preteens.