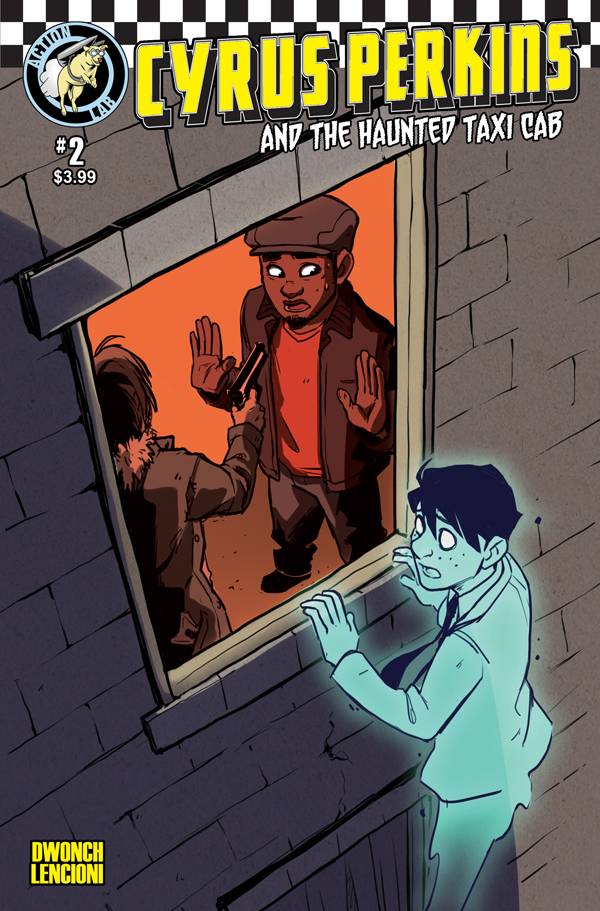 *Minor spoilers as this is a Advanced Review.*

Hey folks, Cyrus Perkins is back with issue number two for this wonderful Thanksgiving week! Issue number one had a solid footing in introducing us to our main characters and leaving us with a delightful cliffhanger.

What I love about the writing is that Dwonch really gets across that he understands how grief displays itself in our lives in all the different ways. Either in how Cyrus is at home, deep in thought, still lingering on how ultimately he couldn’t save Micheal’s life or how Micheal’s own mother gazes at pictures of her son throughout the years and doesn’t force herself to hold back the tears. 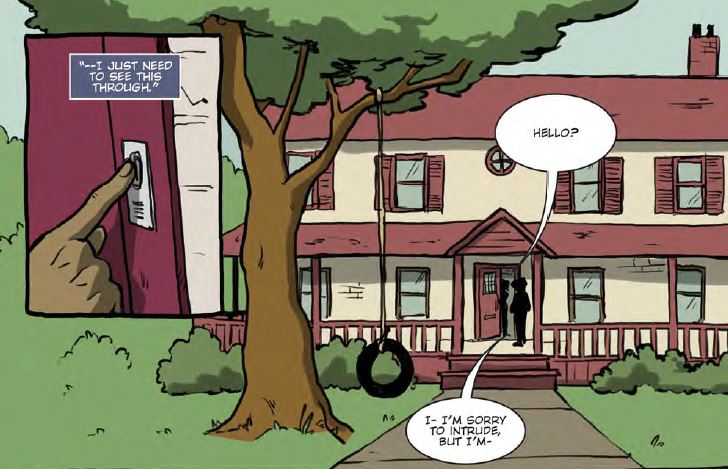 With the art, Lencioni captures the best in each scene whether it be the action scenes with one person taking down another or a quiet scene where someone has just gained an epiphany on the next best course of action. After a reread I noticed how spot-on the body language of the characters was throughout the pages, which is so important, especially considering how the actions of said characters pushes the story forward. 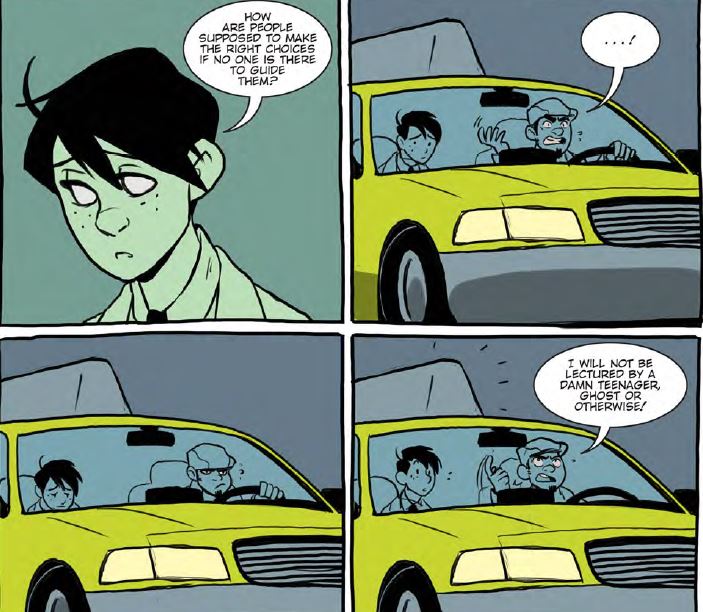 We also get introduced (and treated!) to the dynamic that is Cyrus and Ghost Micheal. It’s not as extreme as “Good Cop, Bad Cop” but the two usually stand at total opposites and eventually make their way to a compromise together.

ALSO: Kudos to showing what looks like a healthy, thriving relationship between Cyrus and his lady, Iris. So far I’ve seen Iris being a supportive partner to Cyrus, trying to aid him in finding closure about Micheal but also being gentle but firm enough to get him back to work after Micheal’s death. I look forward to seeing more of Cyrus and Mike being great together but minor characters like Iris are good to see in the grand scheme of things. Hoping to see more of their interactions going forward.