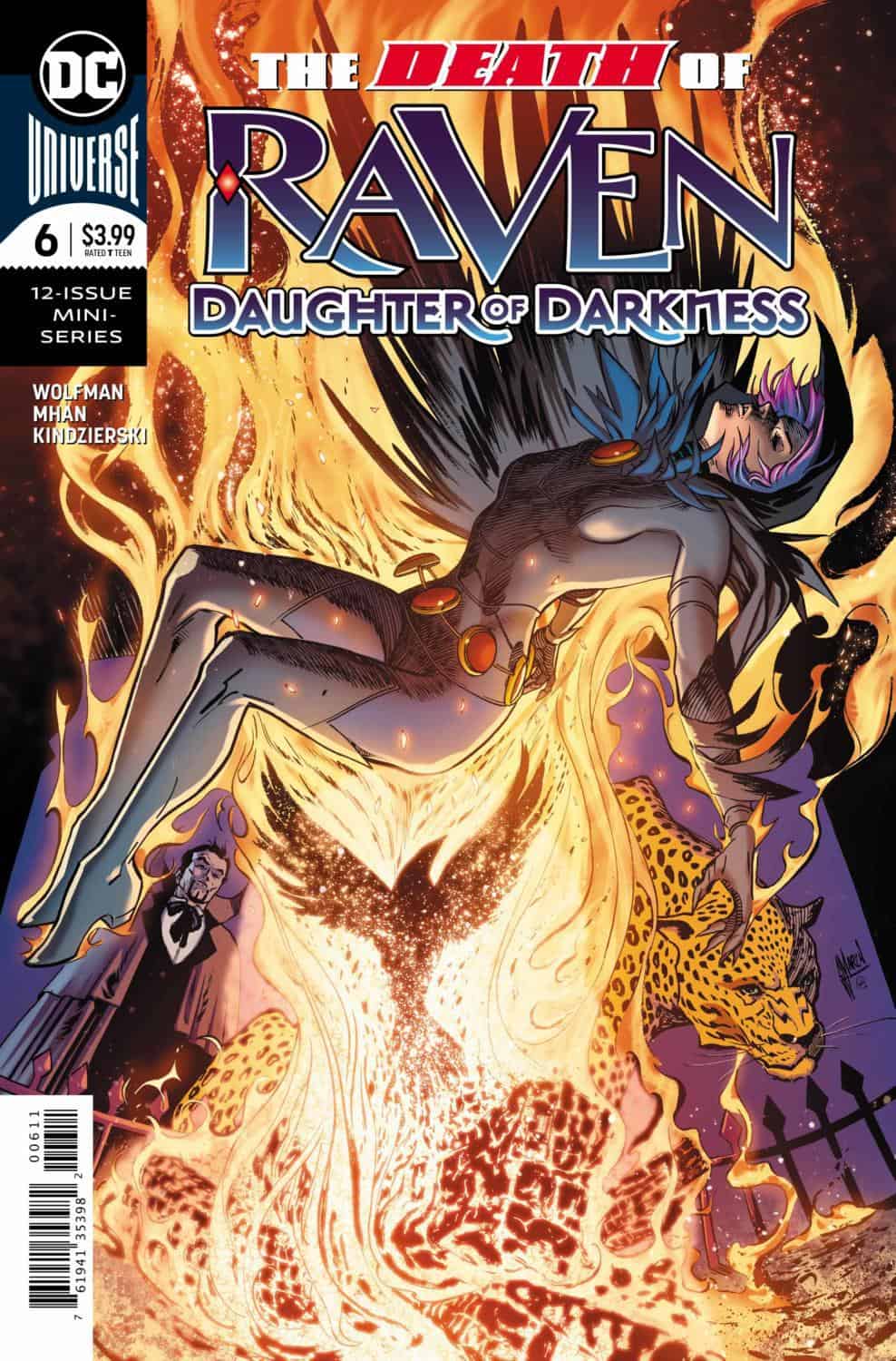 Where Raven: Daughter of Darkness built itself well on a foundation of emotion and mystery, issues 5 and 6 stumbles a bit as Trigon’s climactic return is muddled with Winters, Shadow Riders, and a villain’s evil plot explained in rather hackneyed fashion. Raven is captured with her mother, and this is where the investment into their relationship could pay off most, yet it’s pushed to the background inside a busy issue that covers too much ground with too little substance. Understandably, the issue is action-packed, and that definitely brings a degree of entertainment, but it comes at the sacrifice of bringing a satisfying closure to each of Raven’s relationships — both between Raven and her mother, as well as Raven and her sisters.

Raven’s sisters — Trigon’s army of daughters — does make for a quintessential team-up ending to this chapter of our story as they turn on Trigon and decide to unite with Raven against him. Much of the issue, however, is muddy and difficult to follow, with too many thoughts from too many disparate places: Winters’ voiceover with Merlin, atop the sisters’ psychic thoughts, atop Raven’s monologue with us. It’s busy enough to give you a headache, and as you follow the artwork and piece it all together, it becomes clear that this issue’s biggest flaw is being severely overwritten. Even when a clever plot trick keeps Raven alive, it’s borderline ruined by excessive, yet noncommittal, explanations as to how it worked. It’s quite the change from the singular, calm internal monologue that typically guides this series’ storytelling.

The colorfulness, too, is a change from the norm from Raven’s typical midnight-marauder feel. Raven’s sisters look something akin to Power Rangers or Planeteers as they streak through the sky to help save the day from Trigon. Trigon himself is most menacing due to his lettering, but is seen too clearly to be as frightening as his character demands. To see Trigon clearly and in broad daylight, being attacked by streaking gnats of oranges, blues, and reds sort of undercuts the scenes where he’s meant to be dark, evil, and overwhelming. Overall, this issue has its moments, but both exposition and cartoonish, ill-fitting story tones make this one of the lesser compelling issues of an otherwise great series. Going from here, we turn to the Shadow Riders, who have promise for bringing us back to the shadow-enshrouded mysteries that we expect from Raven. Expect the series to recover, and find its way back to its roots.

7.3 out of 10
Reading Raven? Find BNP’s other reviews of the series here.