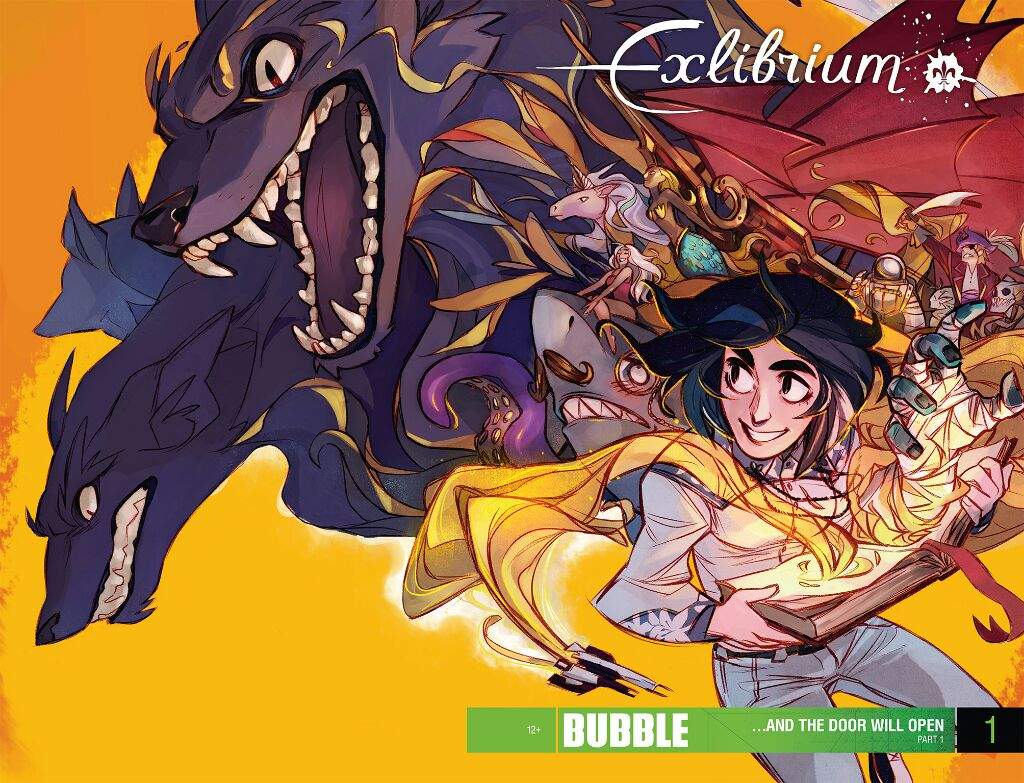 Look at this cover! LOOK AT  IT!

(Shout out to the cover artists! That’s what initially drew me into the fantastic world first introduced in these 27 pages)

Hey, this comic is a Comixology Submit title where you can find self published indie creators and their great works just like how I stumbled upon Starpunch Girl and Sanity & Tallulah: Plucky Teen Girl Space Detectives  .  Third times the charm that I found a comic from this special lineup that captured my attention enough to review it so here you go, enjoy!

The blurb/synopsis for Exlibrium starts off with this:

“Exlibrium” (from the Latin ‘ex libris’, “of the books” and ‘equilibrium’, “balance”) – a magic seal that helps the mysterious order of sorcerers to guard the border between the real world and the world of fiction.

For many centuries members of the order have been successfully preventing creatures from the works of art and literature from escaping into our world. But sometimes the order fails to do so and some of those characters manage to break the walls between realities…

Wow. We get our introduction to oddball Lily Romanova who is as passionate about the worlds within books as is her imagination big. So far she’s the most normal of the few characters we see in this first issue. She’s been home schooled her whole life and had a sort of unorthodox childhood. One thing she knows for sure is that she’s been reading all of that time and knows stories are important. Stories, all the stories in the world are bigger than she is and she’s soon to gain a better understanding of why.

Lily is also soon to cross paths with a few other characters this issue who are in pursuit of more than one item. One of those may be a person and the other? The jury is still out on, it is too soon to say. Lily thinks her life as boring, a routine she keeps, never much changing. On the flip side, we see some other characters at work and they strike me as interesting people with books on hand and intriguing powers at their fingertips.

Lot of pop culture references, an art style that isn’t distracting, promise of lots of unique creatures and (even some scary! monsters) and a story involving books and the worlds housed within them is right up my alley.

I’m giving this first issue  8.5 potential fanfics out of 10

A google search brought to my attention that this comic which was originally translated from Russian is from Bubble ,who is already in the sixth issue as of now. First released last year in Russian by its publisher, the comic has picked up an impressive and dedicated following on tumblr and this is its American debut. Stay tuned as we review this series!