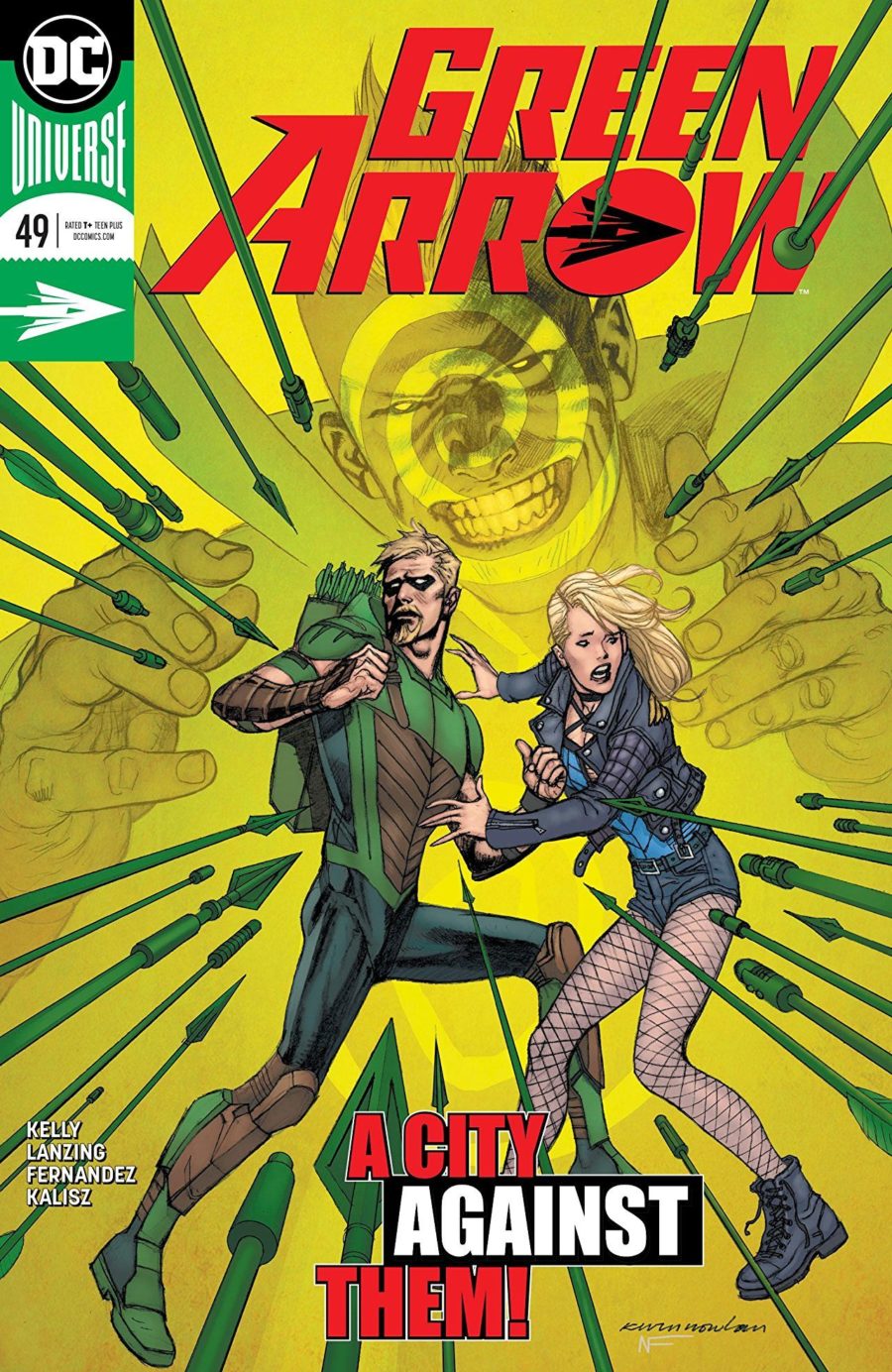 I have a certain attraction to truly flawed characters. The ones that aren’t perfect and make mistakes constantly, even as they are learning to be better people. I guess that’s why Green Arrow appeals to me so much. A character like Oliver Queen is still learning how to not be the self-centered jackass that he is. It’s honestly a struggle because he’s haunted by the fact that even though as he’s changed, he’s still might be that type of person.

Nothing exemplifies that more than his history with Roy. At the end of the last issue, we learned that Vertigo was looking to dish out some revenge on Roy Harper, calling the man out by his government name in public. Kelly and Lanzing’s arc continues with Oliver and company still fighting through Vertigo’s Inception fan film. As the fight goes on, Oliver recalls more memories of his time with Roy.

The flashbacks work well to show that Oliver is not handling Roy’s death well. It also does a great job of pointing a few things out. Like I said before, there are parts of Oliver that haven’t changed all that much after he left the island. Mainly, the self-centered rich white boy within. You can tell in his early days with Roy as his sidekick, he was more like an older brother than a father figure who teaches and looks out for their kids. We get a lot of good moments throughout the issue and kudos for the writers for framing this story around Roy’s impact. 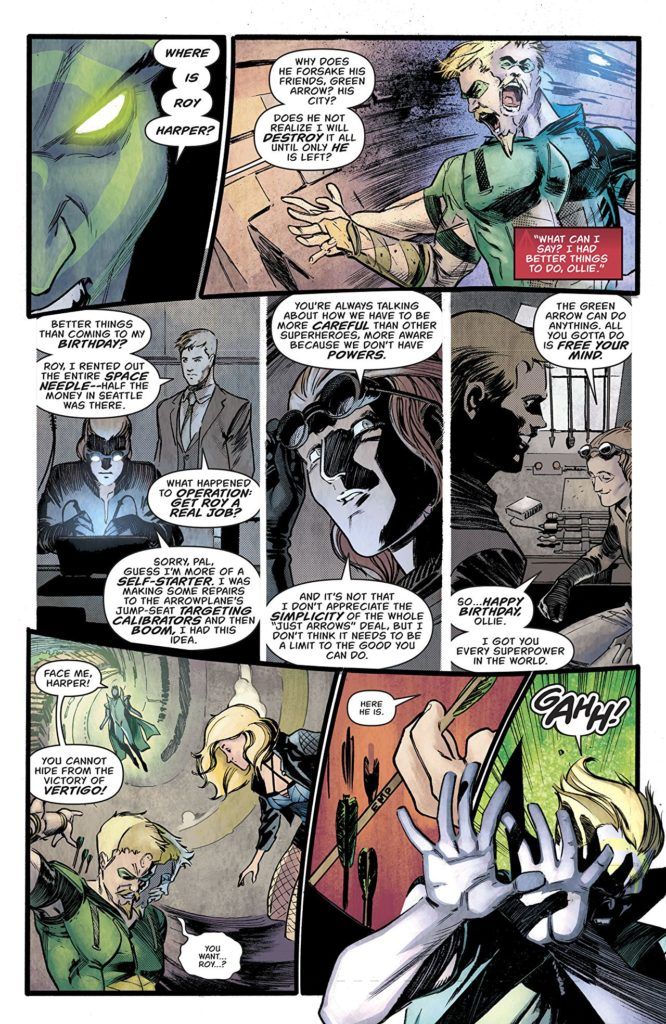 The action is on point this issue as well. That’s due in part to the upgrade Vertigo’s powers are given. There are a lot of fun panels to read through, as the team tries to survive and navigate exactly how Vertigo’s powers work. It’s certainly cooler than Vertigo just making people feel a bit dizzy. Vertigo also has some great character moments as well, due to his connection to Roy. There is a scene at the end that I like a lot where the villain shows shades of being a decent human being.

Kelly and Lanzing leave Oliver in a bad place. He’s essentially broken. In the next and last issue of Green Arrow, I’m interested in seeing how Oliver resolves his grief, or if he can. He will definitely be tested even more with what’s coming.

8.5 Seattle Space Needle Arrows out of 10