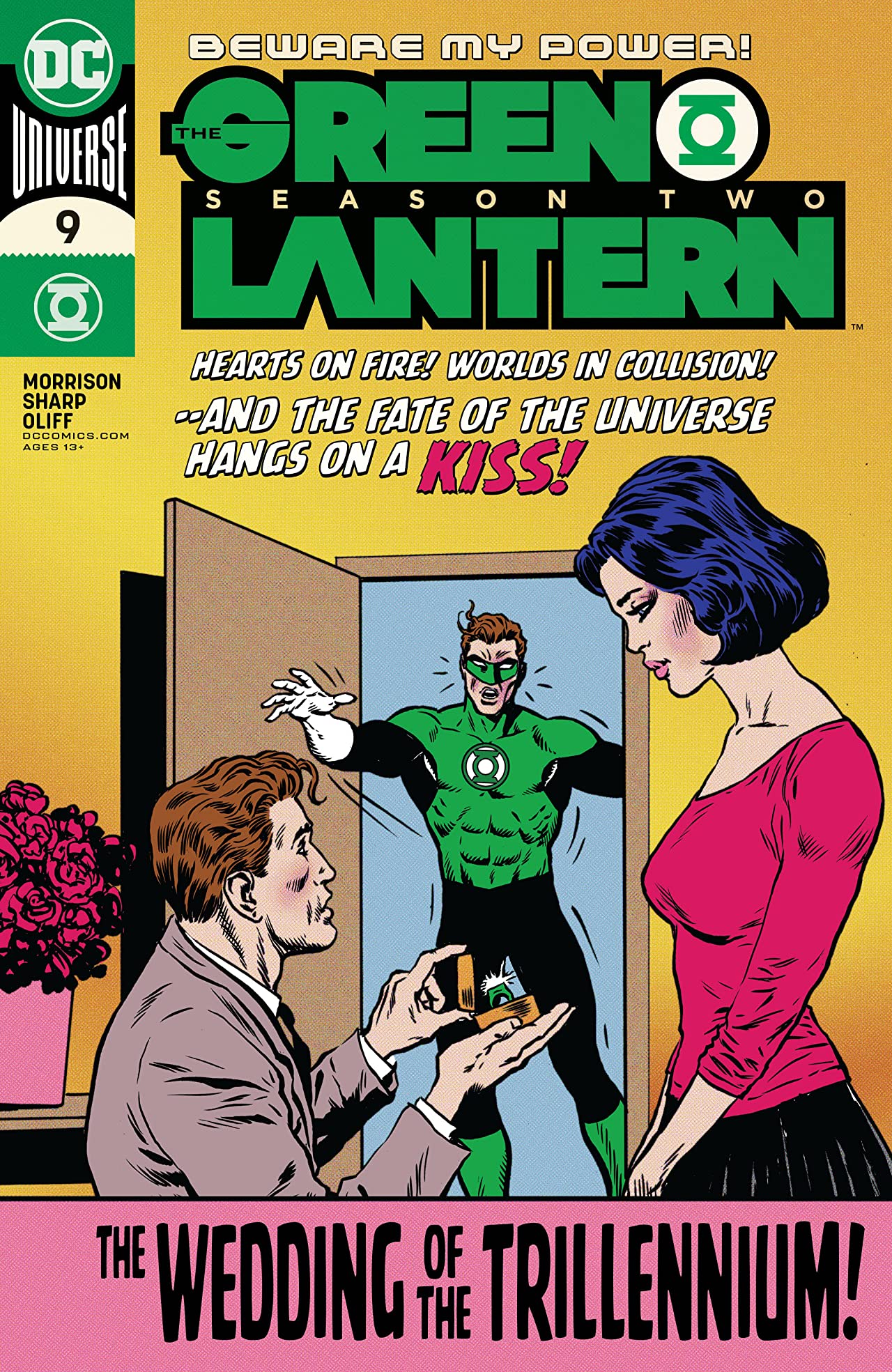 I am constantly confused when reading this series. And that’s not a bad thing. It’s intentionally unconventional, but that’s what gives it charm. Morrison took the Green Lantern property, said “What about a Space Cop with a ring charged up by willpower with the ability to manifest anything in his imagination says that his story needs to be straightforward?”

When you really think about how absurd the idea of a Green Lantern is, it starts to make sense why and how Morrison is doing what he’s doing on this book. Hal is as Wonder Bread as they come, but everything else about this book is alien. Pun intended. The aliens and interdimensional creatures feel authentic. They don’t just feel like proxies of our own Earthly species.

In issue #9, Hyperion is on trial for what he did back in issue #5. And when it was over, Hal started to get sentimental and he realized that he needed to tell Carol Ferris how he feels. Like how he really feels. Life is too short to cut corners, you know?

I was reading this, and I was like “Damn, Grant is about to give us an issue that’s relatively easy to follow.”

And then he proceeded to not do that.

When Hal gets home, he quickly realizes that somehow, he’s been transported to another universe. Earth 11 to be exact. And in this universe, Earth is full of female versions of our favorite heroes, and the Green Lantern Corps is made up of simps who hold up the ideals of the men of the 1950s.

Don’t get me wrong. I absolutely loved this issue. But Morrison seems to go out of his way to not telegraph any of the crazy things he does. And it makes for a hell of a reading experience.

None of that would be possible without Liam Sharp. Give this man his flowers. I am in constant awe of the art that he provides, but what he did this issue with the panel work specifically is something to behold. You’d think it would be impossible to come up with new page layouts after 80 or so years of the medium’s existence, but Sharp seems to be reinventing the wheel on every new page. It’s a joy to see.

Green Lantern Season Two #9 plucks Hal from his universe and drops him into another one where Earth is protected by a group of women, and the Green Lantern Corps is a bunch of simps.