Since his inception in 1941, Captain America has been a flagship character for, Timely Comics, which would later become Marvel Comics. Even if you knew nothing about Captain America’s backstory, you knew there was a guy running around wrapped in the American flag delivering judo chops to whoever the country felt was a threat at the time.

To commemorate the 75 years since Joe Simon and Jack Kirby gave Steve Rogers his shield, ABC will be airing a special focused on the hero on January 19 entitled “Marvel’s Captain America: 75 Heroic Years.”

While I’m definitely excited about this – just as I am when practically any part of nerd culture is put in the spotlight – I have to acknowledge that this news wouldn’t have meant a damn thing to me more than four years ago.

Off to a Rocky Start With Mr. Rogers

During part of my college years, I shared an apartment with some nerdy friends of mine. This was an important period in my life because I was able to dive deeper into my nerdy passions than ever before with no reservations. We’d spend our afternoons playing FIFA, having ethical debates about Death Note and re-ranking our favorite comic book characters for the fifteenth time. With our vastly different opinions, there was one thing we could agree on across the board – Captain America was trash.

For us, three black nerds that grew up watching Wesley Snipes cut vampires in half with a katana, there wasn’t really anything about Steve Rogers to draw us in. He was the king of all boy scouts, a mascot for the military and his biggest asset was an oversized frisbee. At least, that’s what we thought.

To make things worse, my most prolific memory of Cap at the time was his appearance in that Black Panther cartoon where he got completely owned by the king of Wakanda. I mean, he ended up on his back multiple times. It was bad. While this was probably meant to elevate Black Panther, because Cap is supposed to be such a formidable foe, it had the reverse effect and left me somewhere between “See! I told you Cap wasn’t ’bout sh*t!” and “Now why can’t HE get a movie?!?!”

Now, if you know me today, you may be a little confused by this revelation. I’m the same guy that takes great pleasure in reviewing anything Captain America-related for the site and openly admit that Captain America: The Winter Soldier is probably one of the best three movies Marvel studios has made.

To get from the point where I thought the only hero worse than Captain America was Superman – for very similar reasons – to where I am now, a lot had to happen behind the scenes.

A few years ago, I had no reason to look further into Captain America. I already had a stable of comic book characters that I loved and could read about for days at a time. But given his use as one of Marvel’s flagship characters, I would inevitably run into Steve Rogers almost whenever I picked up a Marvel title. Eventually, I fell straight into what I presume is Marvel’s trap of comic book crossovers. He started to grow on me until I felt the urge to learn more.

The thing that really pushed me over the edge was Civil War. Of course, I was super late because I was playing catch up and reading every important graphic novel and comic series I could get my hands on without going broke. But it wasn’t until I read Civil War that I was able to connect with Cap as something more than a caricature of all the things I disliked most about America and an individual with his own set of beliefs. 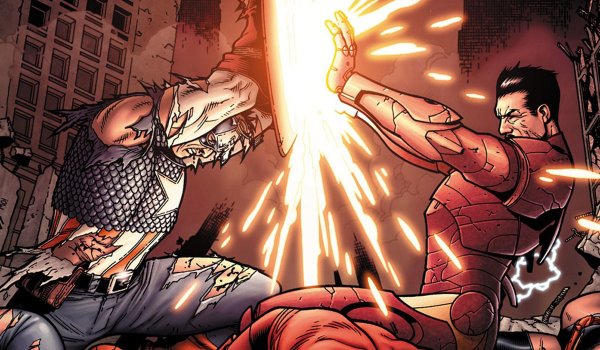 Watching him turn his back on the government because he felt that it was taking away something that he needed – the security of a secret identity – gave me a newfound respect for the character. Then watching him do the exact same thing in Captain America: The Winter Soldier pretty much solidified me as a Captain America supporter.

The Point of No Return

About a year ago, Marvel chose to double down on their efforts to shake things up in their properties and started the process we’re now watching take form under the “All-New, All-Different” campaign. Miles Morales is the Spider-Man of the Marvel universe, Kamala Khan took on the role of Ms. Marvel, Thor is a woman and Captain America is a black man. Sam Wilson to be exact.

2015 has been an incredibly important year for America’s black population. With the rise in public unrest displayed through protests to the exposure of police departments across the nation, this is a period we’re going to remember. These are things that Rick Remender and Nick Spencer each included in the DNA of their books through social commentary and thought-provoking inner monologues. Watching Sam deal with the same everyday thoughts that my peers and I have struggled with made the character more relatable than ever. And, before anyone tries to say differently, Sam Wilson is Captain America and not just a fill-in for Steve.

I love these recent runs so much that I’ve bought the digital versions of issues just to turn around and go to the local store to get a physical copy with the intent of sharing them with my future family. I’m basically a Captain America fanboy at this point. And I’m not even embarrassed to admit that. Go figure.

While I only expect to see the ABC special briefly mention that Captain America is currently, you know, black, I anticipate that it’ll be an opportunity for many that still think the same way I once thought to find things about the character to appreciate. That even goes for my old roommates.