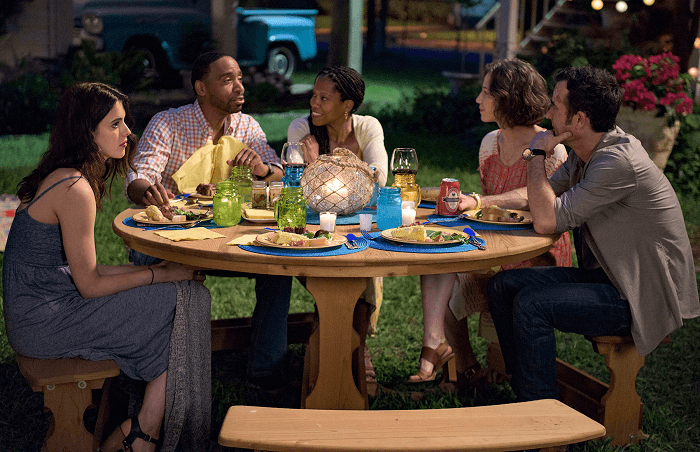 I really can’t talk to you if you don’t notice HBO. Not even back in the day HBO; right here, right now. If you don’t know what they’re doing, you give no fucks about television. How nice for you. Make it count. Plant a garden, raise a child, run for president for fuck’s sake. This post is for the rest of us. The… “leftovers,” if you will.

For everybody who complains about shows like Firefly and Carnivale being interrupted mid-thrust—and all y’all who celebrated the news that it looks like we’ll finally be getting that Deadwood movie—HBO has proved its commitment to good writing over shitty ratings, and has renewed The Leftovers for a third and final season. Which means you still have a chance to watch it while it’s on air.

We all know Lost gave a generation of speculative fiction lovers PTSD. The supposed method to the show’s ongoing madness never existed, and a lot of people got hurt. When they realized they’d spent years of their life on a series of mediocre kindergartner’s doodles, the trauma was real. But it’s time to move on, friends. Lost is in the past. This is not that show. Let the healing begin.

The writing is stellar, and the cinematography is so pretty. The folks they have on sound are killing it (check out the episode “International Assassin” for a clear example). The Leftovers’ actors are all about this life, including a few you’ve seen before: Liv Tyler seems to have finally emerged from the music video-phase of her acting career; Christopher Eccleston, of course, could get it since the day he brought Dr. Who back, and that has not changed. This is the best show on television largely because of its breathtakingly unique characters. They are believable and sympathetic, even when deeply flawed.

I knew this was my kind of show right away, to be real. The writing and the pacing are unusually dark and poetic, which is an immediate draw. You never know what’s going to happen in any episode, how it will be framed, which characters will be featured. This show isn’t afraid to experiment with structure. It can be wildly hallucinatory in one moment and stubbornly earthbound in the next.

[quote_right]This is the best show on television largely because of its breathtakingly unique characters. They are believable and sympathetic, even when deeply flawed.[/quote_right]But I need you to hear me now, my nerds. Even if you gave season one a try and dropped off, you need to go back for more. Season two gets really Black. Black family Black. When’s the last time you saw a Black family engaging each other without a laugh track? Never, is when. Don’t bring up The Wire. No. Let’s be serious. I’m talking about complicated real Black family love for a whole season, friends. In season two, The Leftovers passes the Blackdel (Black Bechdel) test with ease.

Honestly, I was shocked the writers went there, and that they did such an incredible job. I hadn’t seen most of these amazing actors before, besides Regina King, who is unstoppable and elegant as Erica Murphy. I still have fond Poetic Justice memories of King, but she’s far, far more powerful here. (Extra credit to both her and the writers for a brilliant portrayal of disability that’s neither condescending nor romanticized.) King is on the (still very short) list of Black actors who are currently changing the game. Of course, she’s already an eternal Black nerd legend for voicing The Boondocks’ Huey and Riley Freeman, but it’s great to actually see her in action. 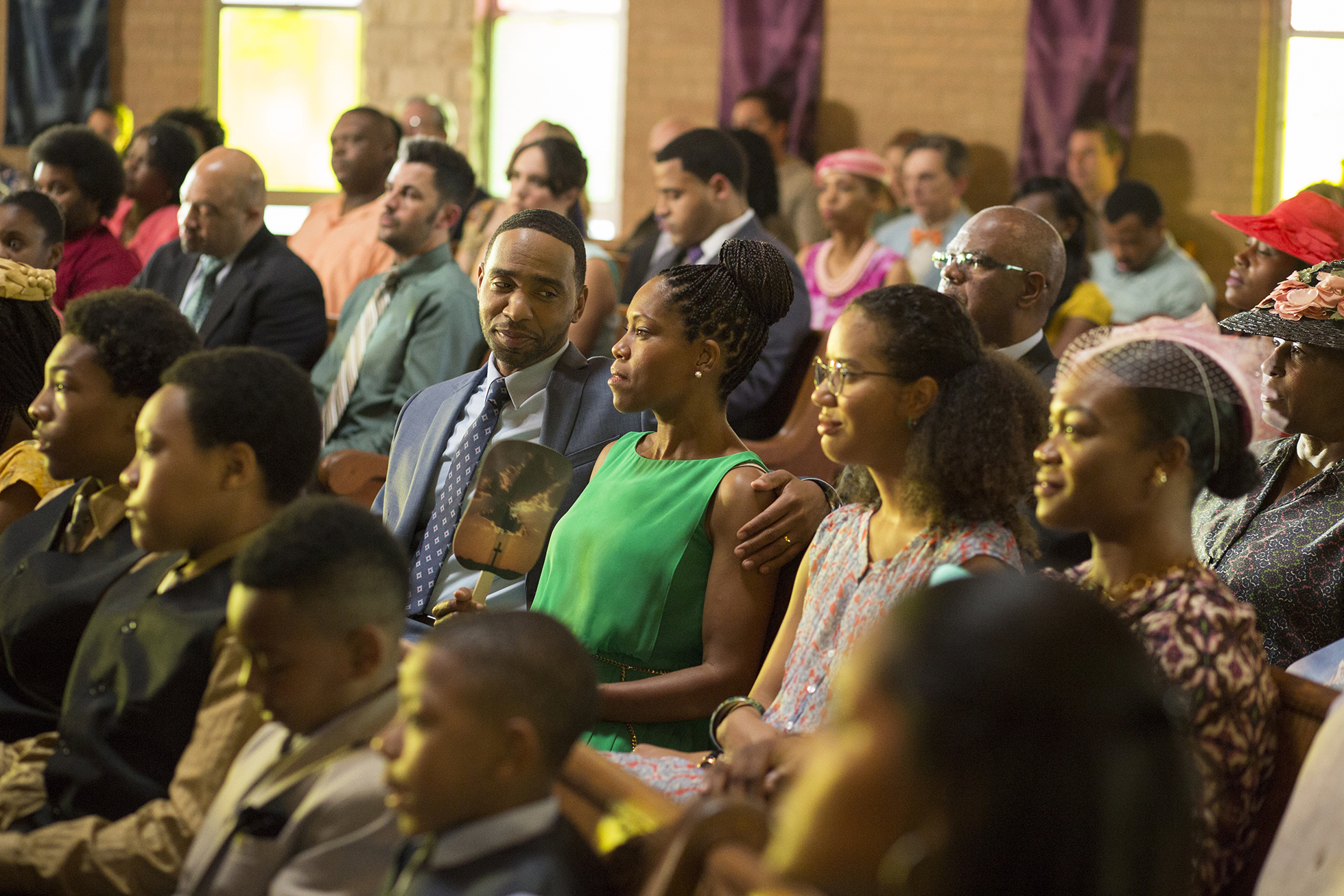 The overall protagonist is Kevin Solloway (Justin Theroux), a white boy with a lot of problems who’s trying to figure his shit out. Dude is an ally, which goes a long way with me: He has a complicated but respectful relationship with Lucy Wenderton (Amanda Warren), the mayor of his hometown, and his dad’s girlfriend, and he builds a tenuous but genuine friendship with John Murphy (Kevin Carroll), his next door neighbor in the town of Miracle.

[quote_left]King is on the (still very short) list of Black actors who are currently changing the game.[/quote_left]Qualms and complaints? I did get a little squeamish about Magical Negroes at one point. I count two: Wayne Gilchrest (a creepy, riveting performance by Paterson Joseph in the first season) and Virgil (Steven Williams at his most delicate), but there are a lot of magical white people, too. It doesn’t feel fetishistic; this post-apocalyptic world has enough mysticism to go around.

I would love to talk more about this. I’d love to talk to you about Evie Murphy’s (Jasmine Savoy Brown) mixedishness and her white friends, versus her brother’s (Jovan Adepo) passionate devotion to the Black church. Not to mention each of their nuanced relationships with their parents. It would be great if you and I could sit down and talk about how much this show gets the Murphys right. But I can’t do a lot more for you without spoilers. Do us all a favor and just try: Outside of House of Lies, this is the most interesting portrayal of a Black family I’ve seen on TV in a long time. And the art is fucking grand. Watch this, let’s love it together, then Luke Cage every day.