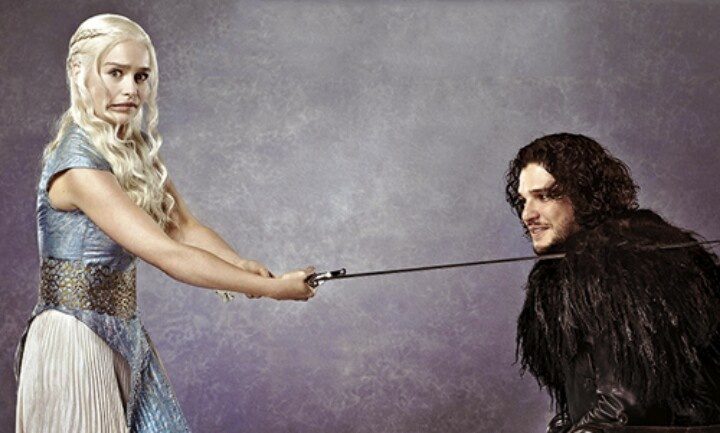 “Don’t worry, they’ll bring him back.”

That’s the chorus sung by every Jon Snow fan, heartbroken by his death but encouraged by the surety he’s not dead or will be brought back to life. And it’s baffling.

To be clear, I love Jon Snow. I mean, if he had a publicist at the Wall or maybe a few Black friends, maybe his brother’s wouldn’t have hated his decisions and wanted to kill him so much. I wish he had lived. I wish others at the Wall understood the threat of White Walkers. I wish more happened in A Dance with Dragons so that Jon’s murder wasn’t needed as a climax. I wish, I wish, I wish.

But not a single one of those wishes came true, which leaves us at a crossroads that we should just be honest about: either Jon Snow is dead, or his character is the subject of the most inexplicably cheap writing of an epic fantasy series. 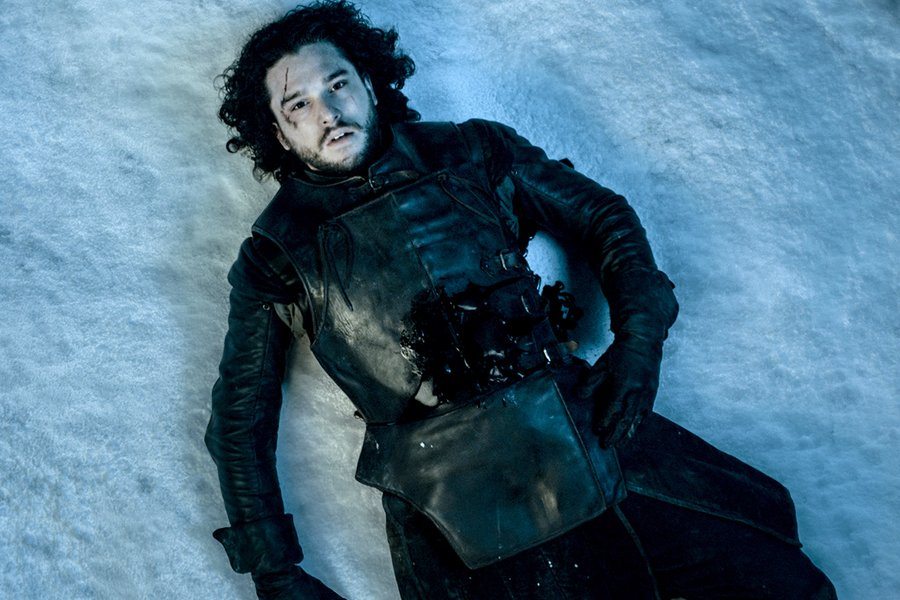 [quote_right]Jon Snow’s character is important, but that doesn’t mean he’s necessary[/quote_right]There are no shortages of theories that Game of Thrones fans search out in hopes of validating his life, all the way down to Kit Harrington’s acting contract, but the plot explanations are the ones that make me simultaneously laugh and cry: “His character is too important,” “He can come back as a White Walker,” “Melissandre can bring him back to life,” “He could have warg-ed into Ghost,” “But what about my Targaryen theory?”

The problem is, whatever twist of writing used to bring Jon Snow back to life would be a frustrating gimmick to the detriment of his character and the entire story. What’s worse is that it would make A Dance with Dragons – probably the dullest book in an otherwise great series, along with A Feast for Crows – a worse book. In a stretch with so few climactic happenings, and hundreds of pages dedicated to the Adventures of the Travelling Tyrion, Jon’s death was the climax of long stretch of relative boredom for many readers. To take that climax away as a head-fake and a false ending is like watching a bad 90s movie where the conflict was all a dream and the writer can start from scratch. How cheated would you feel if, upon picking up Winds of Winter or watching the Season 6 premiere, you see that Jon warg-ed into Ghost at the last second, killed his would-be murderers, and continued his plot at the Wall like nothing even happened?

[quote_left]Jon Snow being alive would be the cheapest turn of the entire series[/quote_left]Melissandre’s presence at the Wall is likely the most compelling argument for Jon’s impending Lazarus treatment, and the one I admittedly hate the most. For one, it would be the least creative of the ploys that undermine the climax of A Dance with Dragons by having the Red Woman bring him back to life. Second – and worse, to be honest – would be using a major character like Jon Snow to display her resurrection powers for the first time. In a 5,000-page/5-season series, how are we so sure she can raise people from the dead when we haven’t seen her character do it even once? Are we so quick to conflate her abilities with Baric Dondarion? And if we are right by doing so, shouldn’t we have been given evidence of her direct power over death on a lesser scale before using it in a major character’s death? 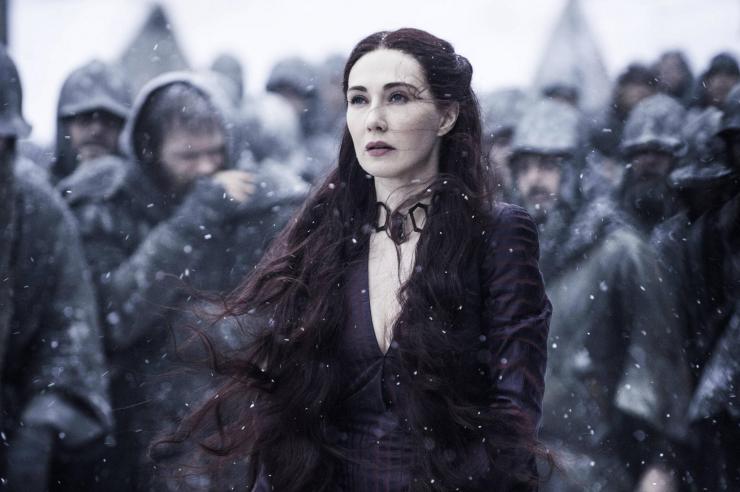 [quote_right]George R. R. Martin replied, “why did you believe me?” And you know what? He’s right.[/quote_right]And while we continue trying to solve the puzzle of keeping our prospective hero alive, we ignore Tyrion’s question that he proposed to Jorah Mormont about the Iron Throne: then what? For both the story plot itself and the readers who survived A Dance with Dragons, Jon Snow staying alive would be the cheapest turn of the entire series. And ultimately inconsequential – but more on that later.

Jon Snow’s character is important, but that doesn’t mean he’s necessary. No one is. In our search for a neat, clean ending to “who will win the Iron Throne,” we often forget that nothing in this series has been neat or clean. What about George R. R. Martin’s writing makes readers and viewers think so? A constant breaker of his own rules and prophesies, GRRM plainly encourages readers to distrust the false constructs of his writing.

Remember when Catelyn Stark spent days insisting that her son Robb eat from Walder Frey’s table to protect him by guest rights? The construct was to convince readers that taking a certain action would protect Robb from a certain consequence. When the Lannisters sent their regards, however, fans felt angry and deceived, only for George to reply along the lines of “why did you believe me?” And you know what? He’s right. Without evidence of certain “rules,” we really don’t have reason to trust them. That’s part of the beauty of reading a series full of unreliable narrators. It’s part of the beauty of not really knowing which gods hold actual power.

The belief that Jon is too important to die is grasping for straws at its most desperate. So many times now we’ve seen “important” characters die, and springing them back to life would be the real betrayal to readers – one that I hope we never see. 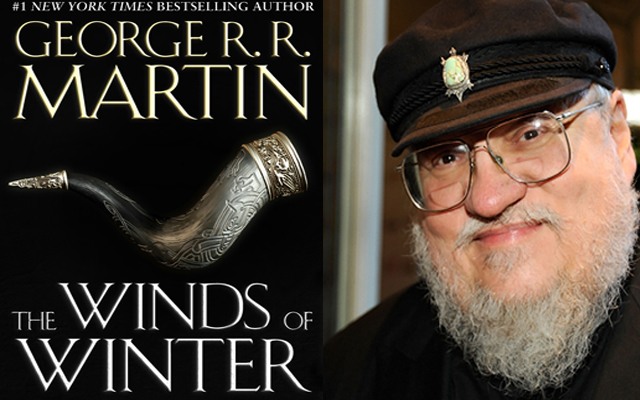 I remember watching an interview with GRRM on a late night show where he described the stories of our youth: the heroes are trapped in an alley or some precarious situation, but you were never worried. They were the hero, after all – you know they couldn’t be killed. The question wasn’t if they would overcome, it was how they would do it. And while that’s entertaining for some, that’s not the type of story intended for Westeros. If our favorite characters are safe, why should we fear for them? It’s a grim, horrible place, and we have no reason to distrust the writing by one of its earliest promises: Anyone can be killed.

Each explanation seemingly misses the point of Westeros. There are no happy endings to be found here. What happens when your favorite character triumphs over adversity, has a cape draped over their shoulders, and ascends the stairs to sit upon the Iron Throne? They rule justly and bring an era of peace and prosperity? Yeah, just like Marlo won the drug game in The Wire, retired peacefully, and then the police solved crime in Baltimore. No matter who wins the Iron Throne, no one “wins” anything. In regard to Jon Snow, do you think that would that even be the fulfillment of his character?

Either Jon Snow is dead, or his character is the subject of the most inexplicably cheap writing of Game of Thrones. I love his character enough that I really hope it’s the former.