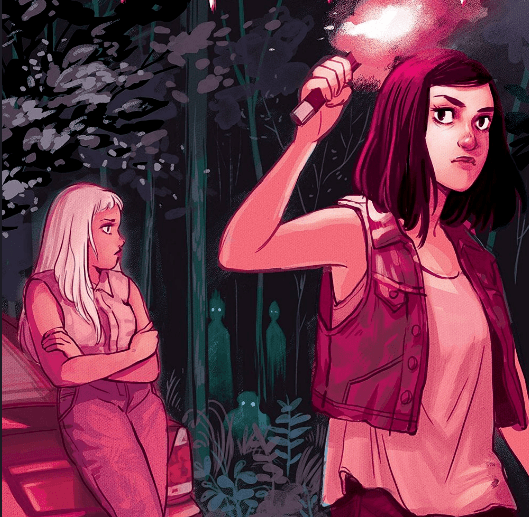 When the PDFs of the first couple of issues of Long Lost found their way to the BNP email inbox earlier this year, I, then, had no idea that I’d find one of my new favorite comics of 2018.

I found some parts terrifying, some odd, and some endearing. What was for sure is that it was certainly a page turner. I was intrigued as I ventured into the world of the two sisters, Piper and Francis, and this hauntingly beautiful homecoming that built on the suspense so effectively. It is a Southern Gothic tale that sometimes made me laugh and then would change out the pace and have me clutching my pearls. I’m not a huge fan of horror, but I found myself sinking into Matthew Erman’s story, complimented with the gorgeous art of Lisa Sterle that lingered, lovely and dark, in all the right places.

Scout Comics and Entertainment, Inc. is proud to announce that this critically-acclaimed horror/thriller series is now in development with writer/producer Jenny Klein (Marvel’s Jessica Jones, Cloak & Dagger, The Witcher). 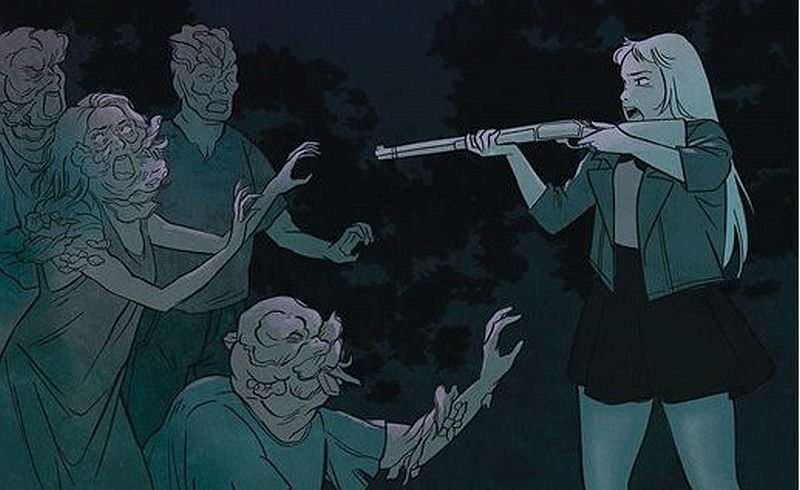 Jenny Klein had this to say about her exciting new project:
“The world of Long Lost is beautifully bizarre and full of the dark humor that I love so much about the main characters, estranged sisters Piper and Frances. As soon as I picked up this unique comic written by Matthew Erman with charmingly creepy art by Lisa Sterle, I was invested in the sisters’ quest to uncover the mysteries of their weird little hometown, Hazel Patch. As I adapt the comic for live-action, the deliciously dark whimsy of Long Lost inspires me to have the most fun with genre through a character-driven, twisty story that will keep the audience’s mythos questions rolling.”

Lisa Sterle (Artist/Co-Creator), who brings such life to the pages of the comic, says:
“We are so excited to work with Jenny Klein on Long Lost’s live-action development. Her work is absolutely stellar, and her passion for this story and for these characters is unmistakable. We couldn’t have found a better person to adapt Long Lost, and we can’t wait to show you all what’s in store.”

Matthew Erman (Writer/Co-Creator), adds:
“Long Lost is weird. Really weird. Weirder than I think some people give it credit for, and it delights me to no end that Jenny Klein gets it. Her passion. Her sensibilities. Her innate understanding of a story that Lisa and I have poured our hearts into creating. Her willingness to really go along for the ride with us and as a fan of the series. I’m honored to have her working on Long Lost as it moves into the next new, strange stage of its life. She really is the perfect person for Long Lost. I can’t wait.” 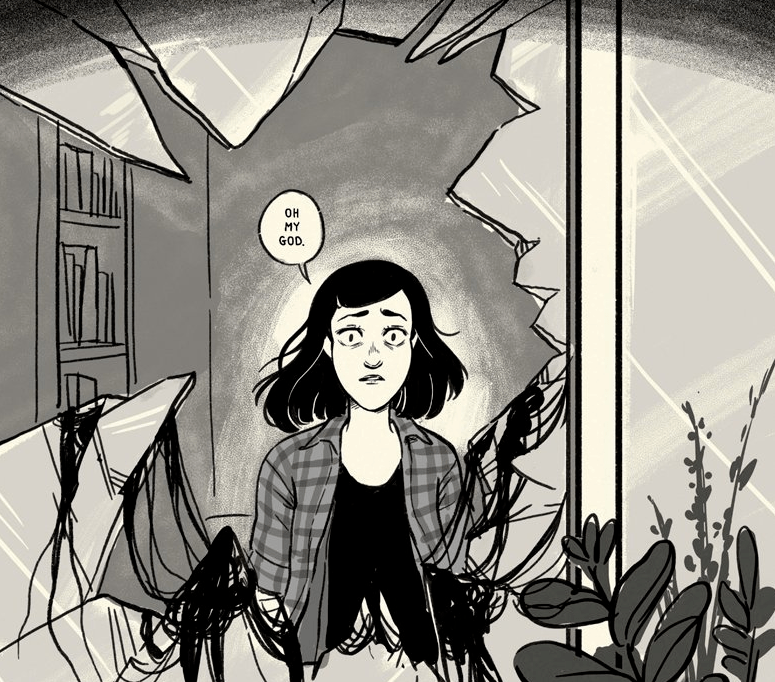 For the comic, I myself have been quoted as saying, “…just may be the sleeper hit of 2018,” Erman and Sterle are well on their way to translating Long Lost to a different and new platform and medium.

As a fan, I’m hyped for them and what this could mean going forward. Going from comic book adaptions to the big and smaller screens is by no way new–yet seeing more indie projects get considered and picked up means that we are getting more and more narratives outside of what mainstream picks up.

Follow the creative team Erman and Sterle on Twitter! See what their publisher, Scout Comics is up to on Twitter as well as they were founded to discover, develop, and support comic book content creators in addition to helping translate their projects to different platforms and mediums.