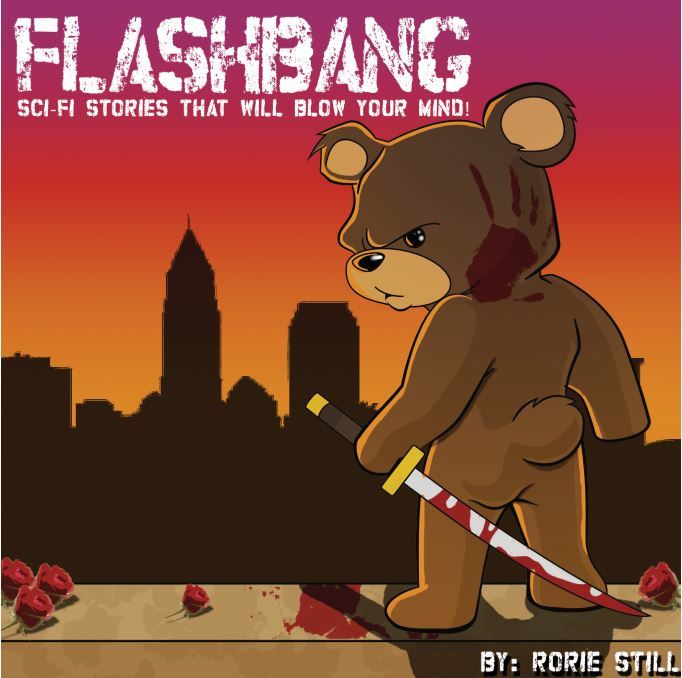 Working with BNP has opened so many doors and allowed me to make connections with people I may have otherwise never met. And it’s given me the means to use this platform to shed light on great work being produced all over the world. This time around, I had the opportunity to speak with Rorie Still, the mastermind behind the self-published Afrofuturist short story collection Flashbang: Sci-Fi Stories That Will Blow Your Mind.

BNP: Briefly describe who you are and your writing background.

R: I like it well done, but I seldom do cheesesteak. Actually, it’s been years. I do love a good chicken cheesesteak from Larry’s in Wynnefield!

BNP: Does the bag have to be greasy for it to be good? ‘Cause that’s what Will from Fresh Prince said.

R: I guess. Like I said, Larry’s is delicious, but I don’t remember if the bag is greasy or not.

BNP: What is an Afrofuturist, for those who might not know the term?

R: An Afrofuturist is one who through some means (usually artist and/or philosophical) creates media (writing, visual art, music, etc.) that falls into the genres of sci-fi, fantasy, horror, or speculative fiction. This media particularly features Black people throughout some part of the Afro-diaspora.

BNP: What authors and stories would you say inspire you?

R: Octavia Butler, for she is the mother of Afrofuturism. Tananarive Due and Steven Barnes, they are incredible writers and teachers as well. Nnedi Okorafor, I love her character development and her world-building. Nisi Shawl, also a great writer and teacher. Black Panther, for it shows what the Afro-diaspora might look like in the present had the Trans-Atlantic Slave Trade and wide-spread colonialism not interrupted Black History. A Wrinkle In Time, because it shows a young Black girl saving the world with science, and the young white man supporting her with gentle masculinity. I loved how hyper inclusive this movie was, as well as being wonderfully acted and directed. I would definitely say things in the news inspire me. Especially stories of oppression. The Trayvon Martin murder verdict was definitely an influence on the ending of Teddy Ninja in Flashbang. I would also just say some other influences are life, everyday power dynamics (who has it and who doesn’t), and just good art, like “Dirty Computer” by Janelle Monae or the great work put out by the artists who are already working with me on different projects. I also try to read different books or writings by some my favorite authors/artists whose work I admire or follow. The media that I chose to imbibe tends to include multiple avenues of Blackness.

BNP: Talk a little bit about what your book Flashbang is about.

R: It is a short story anthology about when things get wildly kooky in Philadelphia. It is definitely a mixture of science-fiction, fantasy, horror, poetry, and prose with a whole lot of Afro peoples. Most of the stories follow different characters, but the last story (Bird of a Feather) involves Izzainyah from Bird Gone Bust and Matthew from Birds of a Feather. 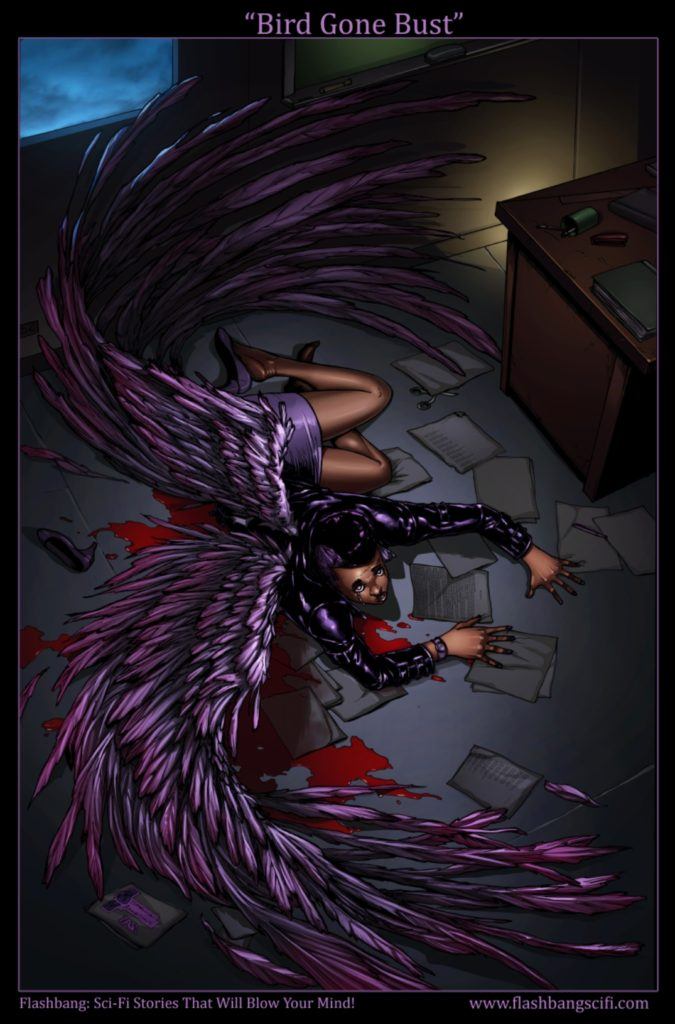 BNP: Are you the sole writer of Flashbang?

R: I am indeed the sole writer of the book.

BNP: Give a brief synopsis of some of the stories from Flashbang.

Bird Gone Bust – A young woman sprouts wings of bone in front of her second-grade class.

Teddy Ninja – A young Philly ninja gets turned into a teddy bear and becomes the possession of his archenemy, The Samurai

Taking Wing – A dutiful teen finds out that the angels she worships are anything but angelic.

BNP: What does the title of the book refer to in relation to the stories within it?

R: The title of the book references a weapon (a bomb) used in World War II that would attack you with light, sound, and feeling. So, it affected multiple senses. I gave this title to the book because I wanted the readers to understand that this book would captivate their senses on multiple levels, and take their mind somewhere where they never expected it to go.

BNP: Would you say that writing drains you or energizes you?

R: Honestly both. I love creating the worlds that come out of my head. However, it does make me nervous about getting it just right. Although…I have to say, that I think it mainly energizes me, especially since I’ve seen what I have written really come to life in other ways. 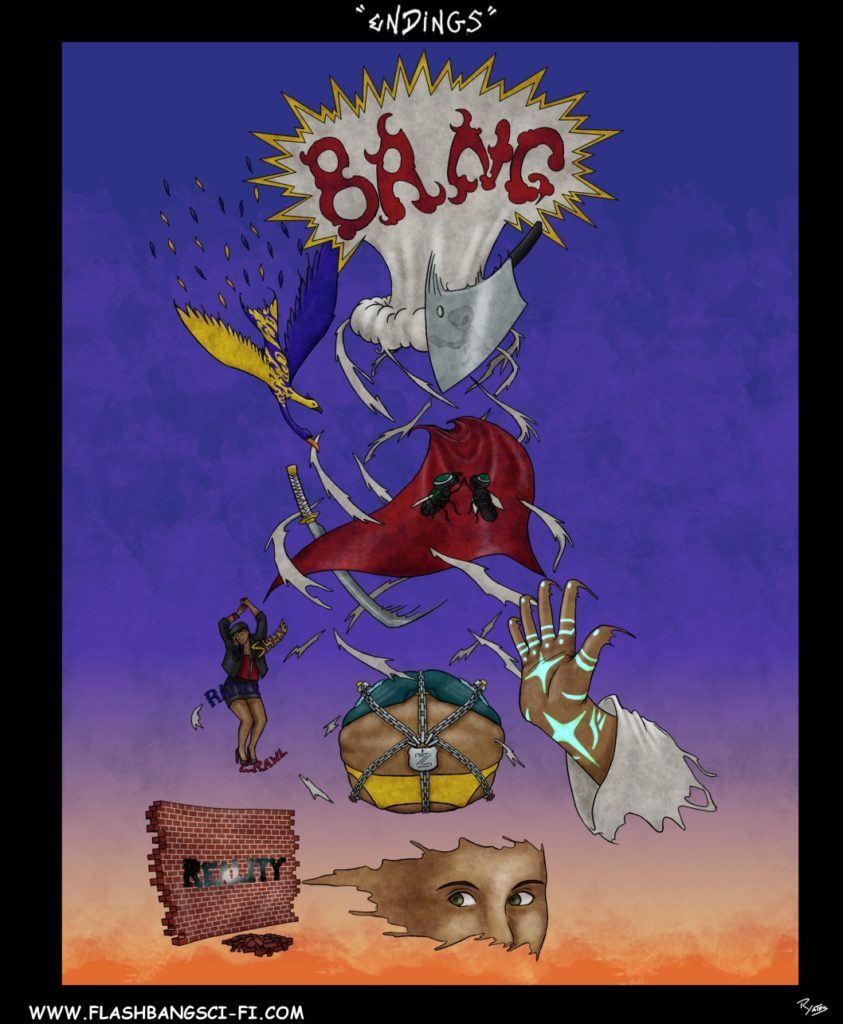 BNP: How long did you work on Flashbang?

R: It took me about a year to write.

BNP: How many drafts do you go through before you’re satisfied with a story?

R: For work that is new, somewhere between at least four to seven drafts. For something that’s a little bit older, like how I’m currently re-issuing Flashbang, I will say that I plan to do at least two edits. Yet, honestly, that’s after like the fifteen plus edits that I did on the book before I published it.

BNP: What’s next for you and your work?

R: I am currently completing the Flashbang short film and re-issuing the Flashbang book in a smaller format with pictures and some extra stories. I’m also working on the graphic novel as well, which will also have some new stories, as well as the scripts from its creation. 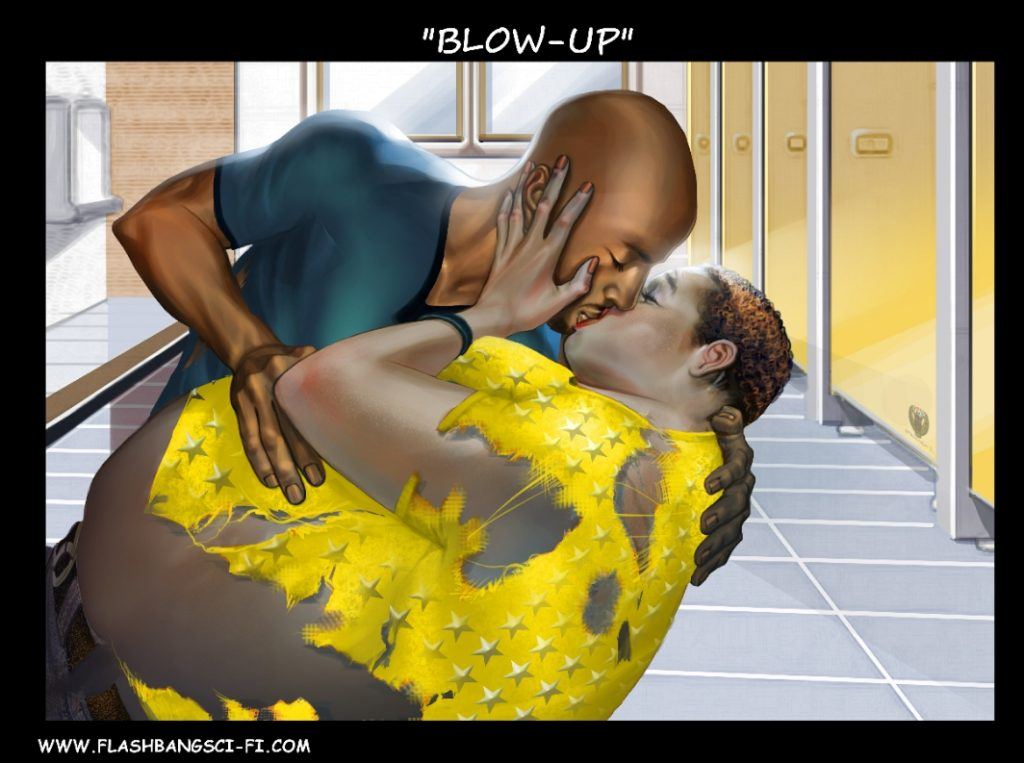 BNP: Is the Flashbang short film an adaptation of some of the stories or something original?

R: It is an adaption of every story currently in the book. What we’re doing with the short film is bringing the posters to life. So, we’ll show a poster, then will show a still shot, and finally will show the live film. Now, this format isn’t used for every one of the stories. Without giving away everything, at least two the stories are going to be presented slightly different.

You can get a copy of Flashbang: Sci-fi Stories That Will Blow Your Mind, from Amazon, Barnes & Noble, Walmart, Createspace websites, or Rorie’s website www.flashbangsci-fi.com