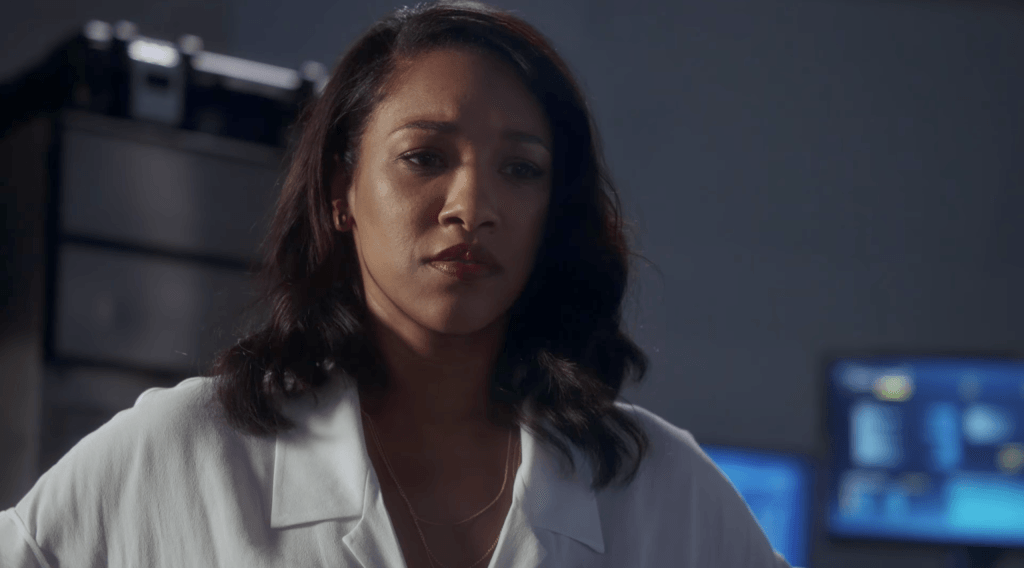 Comic Con has bestowed upon us some God Tier level hype trailers (ahem, Westworld and Stranger Things), unverified but completly verifiable sneak leaks (*cough cough* Black Panther and Punisher) and outrageous planet tossing leaked trailers of insanity (ummmmmm Avengers Infinity War). The Flash, CW’s champion of the DC tv universe was no different. We got that season 4 trailer but it was ohhh so different from what we’ve been used to fam!!

Did she just say?? Did we just get?! Oooohhhhh my Gender Equality Speed Force voice-over Gawd! Yoooooo!!! Could this be it B? Did they deadass need Barry to disappear just so Iris could have some purpose?! Maaaaannnnn, I ain’t got time for all that chauvinistic fuck shit! My girl Iris West is taking the helm and bout to hold down Team Flash like Gucci’s wife. I don’t care how much you miss Barry’s scrawny carton of 2% milk ass, it’s time for the B squad to step up and put in that WORK like Keanu Reeves, Orlando Jones and dem in The Replacements. It’s time for Caitlin to roll up like the second Sub-Zero (mask off) cuz he was doper than the original version. Now that I think about it, Iris and Caitlin bout to bust down the door waving the Magnum like Foxxy Cleopatra and Atomic Blonde all season!

Set photos have already revealed a lot about the direction of Wally West’s character development in season 4, but regardless of those spoilers, Kid Flash is going to be up against the toughest villains of his life without the help of his speedy mentor/big bro. Cisco is still being the anchor that we need him to be. Best friend of Barry. Funny as all hell. I’ma Huge fan of his Vibe alter ego. The rock of Team Flash.

But let’s get to the most hype part of this trailer. You see deez villains and rogues?!

We got Tekken 3 Yoshimitsu pullin’ up in C-City to put the team on notice?! And he comin’ equipped with Excalibur and shit?! Naaa fam, the team ain’t ready!! This evil samurai who might wind up being Baron Katana (Silver Age deep cut) seems to be our early season bad guy before Devoe aka The Thinker appears as the season 4 big bad, ready to hand Barry another spine shattering L.

But on some real shit, I’m mad we ain’t get no Danny Trejo sighting in the trailer. Seeing that man portray a breach hoppin’ bounty hunter is gonna be one of the most lit things to ever go down on The Flash. It’ll just be bonus points watching him press Cisco for trying to holla at his daughter, Gypsy. We all know the Flash will eventually be freed from his self-imposed Cersei walk of Speed Force shame, so I’m glad the rest of the cast will get some proper screen time, for the 1st couple episodes at least. I’m looking forward to season 4 being well rounded nerdy greatness.

If you missed any of last year’s Gorilla Grodd, King Shark or Flashpoint madness, we got Flash recaps locked and loaded for the speed force Streets. Season 4 drops on October 10th.