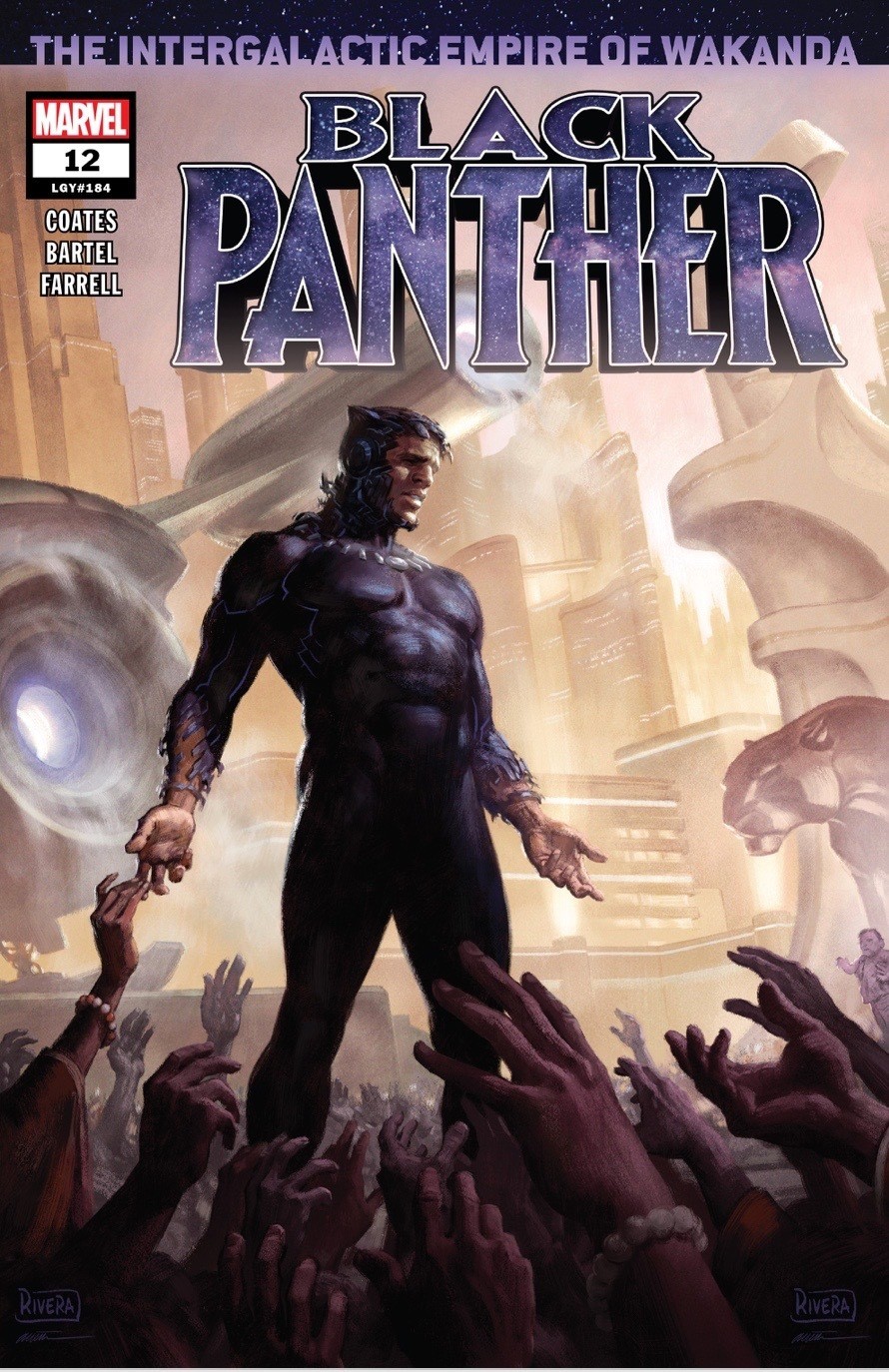 The penultimate issue of this arc has arrived!

Black Panther #12 begins the closing out of its first arc with a slow build. Beyond the swashbuckling action and deft use of Afrofuturist concepts, alongside the artful weaving of Pan-African history and aesthetic, beneath the shiny facade of the Marvel Comics banner, a true nuts and bolts clash of the Titans is about to take place. The stage-setting has been borderline immaculate. This arc has given me more insight into T’Challa and N’Jadaka than Coates’ previous run on the Wakandan mythos (and even shines a light on the personified ideologies of the film Black Panther). I don’t know if these characters, if this world, has ever been more distilled. Every character on the ‘heroes journey’ takes their own path. Ta-Nehisi Coates has redefined how readers see T’Challa in this book while redefining T’Challa’s approach to himself. This narrative bleeds ingenuity.

Issue #12 takes us to the moment where the hero gets that last little bit of what they need to take on the ‘big bad’. There are narrative archetypes you gotta hit in order to bring stories to resolution, it’s just part of the craft. I was skeptical of how Coates would lead readers to these archetypical moments — I felt like they would dilute his style. I really enjoyed being wrong about that. We get a moment of the Djalia (the Wakandan spiritual plane) in issue #11, but now we’re all up in it! Using the Djalia to engage T’Challa’s *literary jargon alert* apotheosis was a legit stroke of genius. The spirits that restore his memory do so by breaking him down, the same way these same spirits broke Shuri down to make her the Griot. Not only do we get a restored T’Challa, but we get some more character-based backstory and a tie to Shuri that elevates both of them without comparing them to one another. There’s even more lore blending, as issue #12 opens with the M’Krann crystal (of X-Men fame). As far as the story goes, we get blessed with understanding how all this beautiful intergalactic Blackness we are reading came to exist.

Jen Bartel is on the 1s and 2s as lead artist for this issue and it shows, in a good way. Bartel puts a smooth texture on things that echo the spiritual nature of the issue. There is a strong emphasis on facial expressions — Jen Bartel is telling stories within stories with the way subjects look at one another. Coates paints a fantastically human portrait of an otherworldly story, Bartel underscores that with very natural feel even down to T’Challa’s five o’clock shadow. As a reader, I can appreciate what it means to shift the visuals to drive home the feel of the issue.

The trap is set, the hero has the weapon, the armies are primed, the core mysteries are unraveled and the climactic battle is at hand. It’s on and popping for the next issue! Hands will be thrown!

Suggested Listening: “Get Ready”, The Temptations