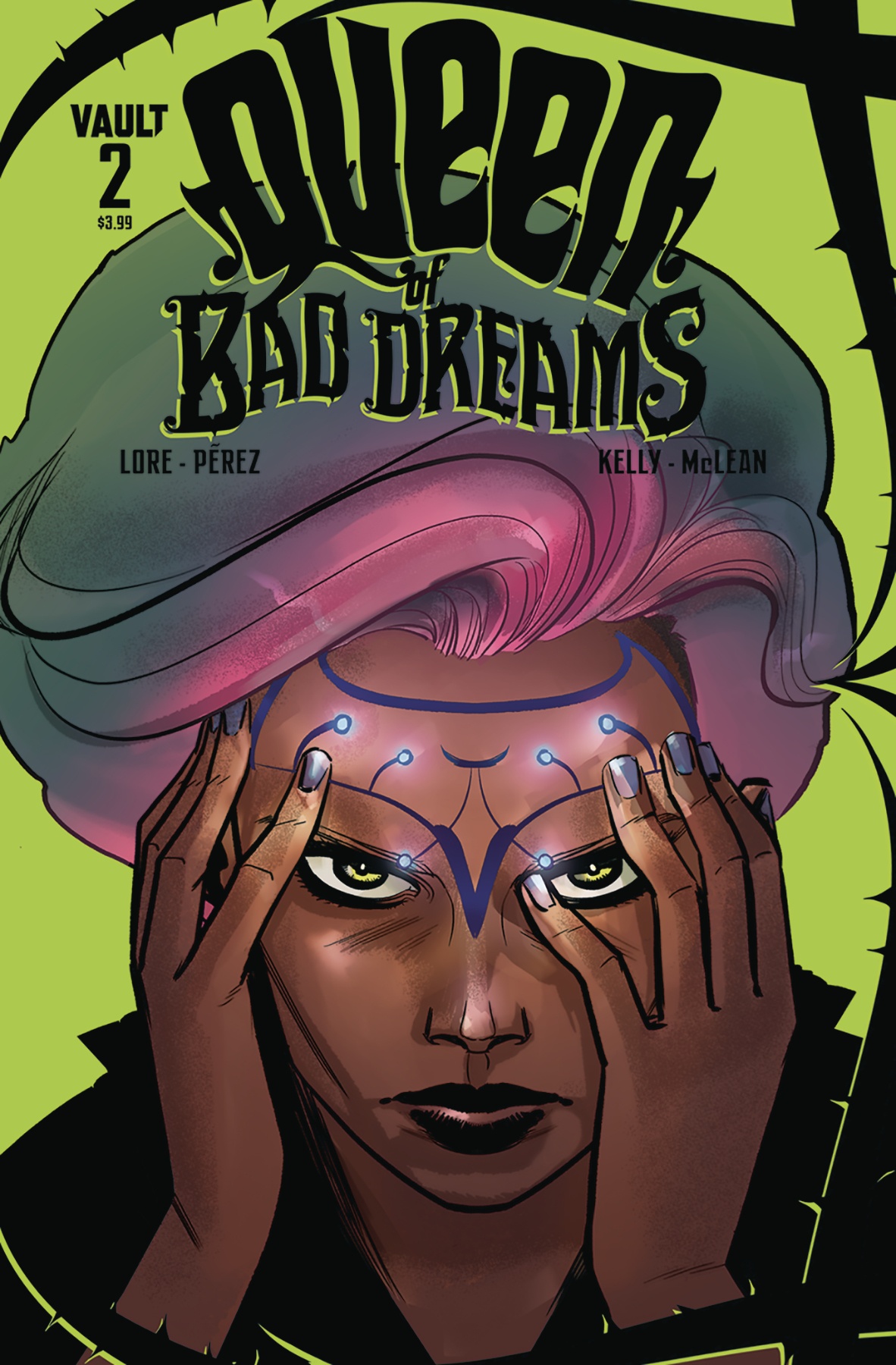 The end of Queen of Bad Dreams #1 has Daher, a veteran Inspector Judge, finding the fugitive dream figment, Ava, and ultimately letting her go. It’s a completely unorthodox move on her part, frowned upon by her higher ups yet Daher’s gut tells her that she’s done the right thing. Her ‘spidey senses’, her intuition is telling her that there is more to the story.

Not surprisingly, Daher Wei has painted a target on her back by questioning orders and thinking for herself. This is something that happens so often in the real world when we think about the abuses of the different branches of law enforcement. What’s also notable is the power of those above us and what their money and prestige can buy. This is something that hits hard. I like seeing themes such as these explored in comics with some nuance. 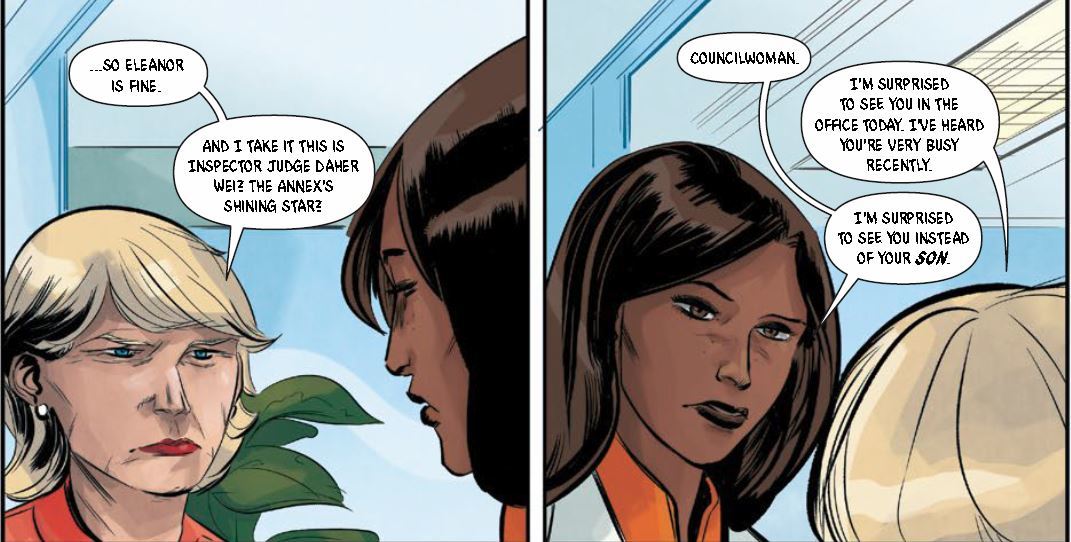 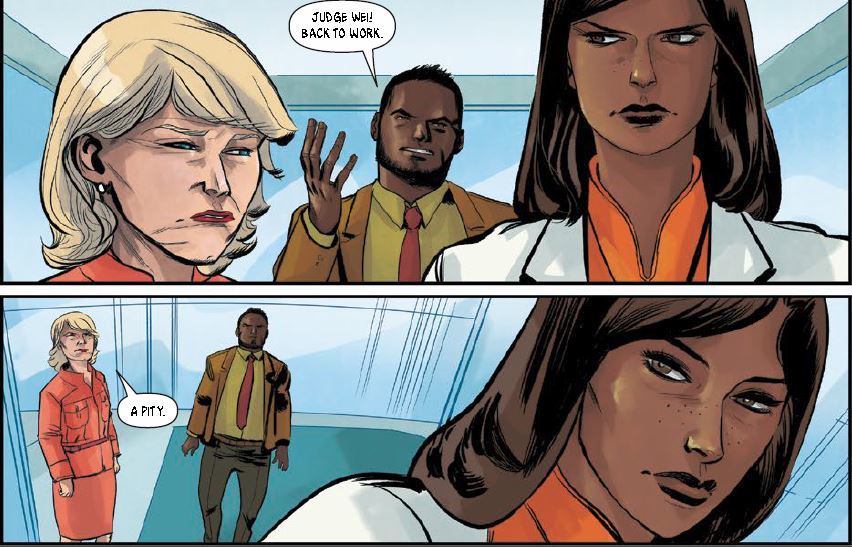 The narration, which is lettered precisely, felt a little unfocused in this issue until I reread and found that the text boxes are color coded, which helps significantly. The narrator from the first issue, Daher’s ex-wife, is here along with Daher and Ava and it can get confusing if you’re not following on the right track.

Towards the middle of this issue, the artwork gets a little hard to follow as it gets less polished but still vibrant in color. I chalk this up to being an aesthetic choice especially as most of the pages are set in the dream world. There is significant development for Ava, the dreamt-up runaway who wants asylum. This sparse art style works however in the big fight scene towards the very end. There are panels of kinetic action where Daher and Ava fight, mirroring each other’s movements. It is dark and less detailed in a almost avant-garde way with backgrounds of magenta and blue.

I’m really fascinated with the core of the story — of dreams, agency and who gets to do what and with what power. Perhaps my favorite ‘aha!’: the moment when Daher, after going through Ava’s memory, tells her that she has created her own freedom. It is Ava who is responsible for manifesting herself an escape route and breaking herself out of the preset consciousness. This was information we knew from jump, that runaway dream figments do this, yet seeing it from Ava’s point of view, seeing her slowly become aware and rebellious even in art that was rougher and a little more harder to follow with Daher’s commentary is brilliant to behold.

Not a bad issue yet I admit I feel it is one that could have used a bit more polish here and there with some pages that were more distracting than appealing. Queen of Bad Dreams is shaping a fascinating story about women and female-presenting persons who dream up possibilities for themselves and I’m still very curious to where it will go.

7.8 School House Brawls With Flair Out of 10

See our site’s review of  issue one, here.