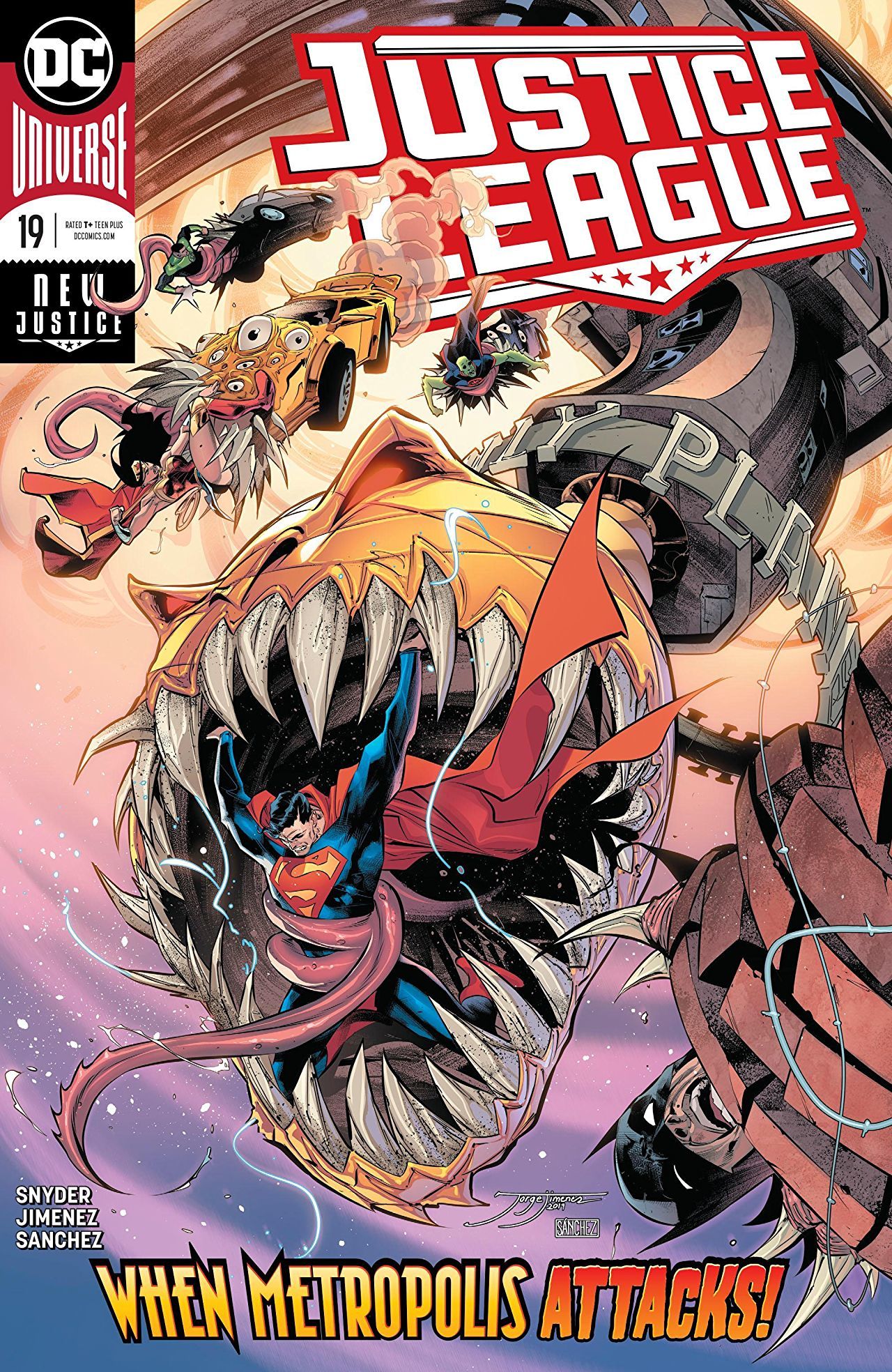 This series has a rotating team of talented creators that all bring their own unique flare to the overarching story, but Snyder and Jiminez combine to make the duo that hits the hardest.

Issue #19 is so damn good. It has it all. Might, mystery, and multi-dimensional eye candy. More specifically, it encapsulates the lighthearted fun of the Golden Age of the DC Universe while also sprinkling in some of the alternate universe fun that got me into comics as a kid. It’s all dessert, no vegetables.

After the annual, and a few single arc-less issues, we finally get to start a new story that propels us into the next act of the series. The Sixth Dimension promises to continue to rewrite some of the rules of the DC Universe. It’s a realm that sits beyond the imagination of life which, in other words, means that the things that exist there are things that we can’t even fathom. It’s kind of like the Dark Multiverse in that regard. In the Dark Multiverse, our nightmares are manifested into a reality. In the Sixth Dimension, things that shouldn’t exist, endure unencumbered… until now. 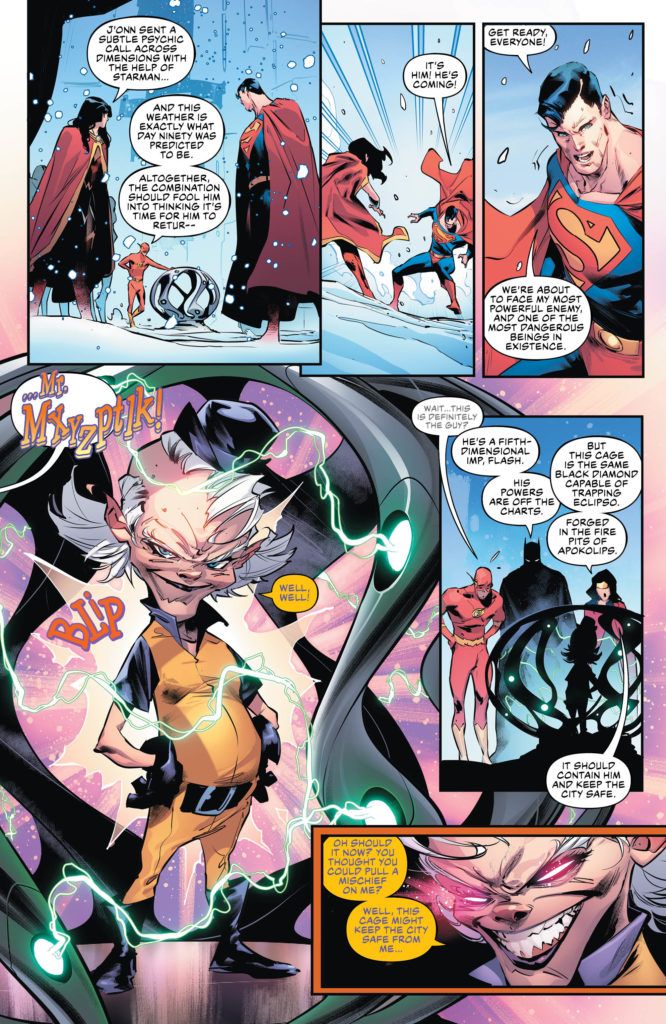 After seemingly wreaking havoc on the city, 5th-dimensional imp Mxyzptlk agrees to help the League try and fix the Source Wall. Its destruction has even had ripple effects all the way in his realm, so he understands their plea. The team agrees to send Superman to the Sixth Dimension as Mxy has secretly been preparing him to withstand the domain that should otherwise drive any living being mad. That’s where things get weird. In an instant, we meet a silver fox Zaddy-bearded Superman who dons a white and gold suit. He propels us and the League to a universe where they beat the Legion of Doom and saved the day. But even though the sky is bright and everyone looks happy, things don’t seem quite right.

However, they sure as hell look right. They look more than right. They look fantastic. This arc really gives Jorge Jiminez space to shine. Since this series started, he’s quickly solidified himself as having a uniquely distinct interpretation of the Justice League. He manages to capture those subtly unique qualities of each character and bring them to the surface. Now he has a bigger sandbox to play in, as the mischief of Myxzptlk and the redesigns of this alternate Justice League allow him to really swing for the fences. This is one of the most attractive single issues to come out this year, and one that seems to be made specifically for me.

Snyder, aka The Architect, has laid out a solid set up issue for what might just be the most fun arc of the series so far. And when you pair that with Jiminez’s wholesome art, you’ve got yourself a comic book experience that feels like a warm hug. Every panel of this issue took me back to the moments that made me fall in love with comics as a kid. You can’t go wrong with wacky fun and DLC skins for the whole squad. You just can’t.

10 Silver Foxed Supermen out of 10