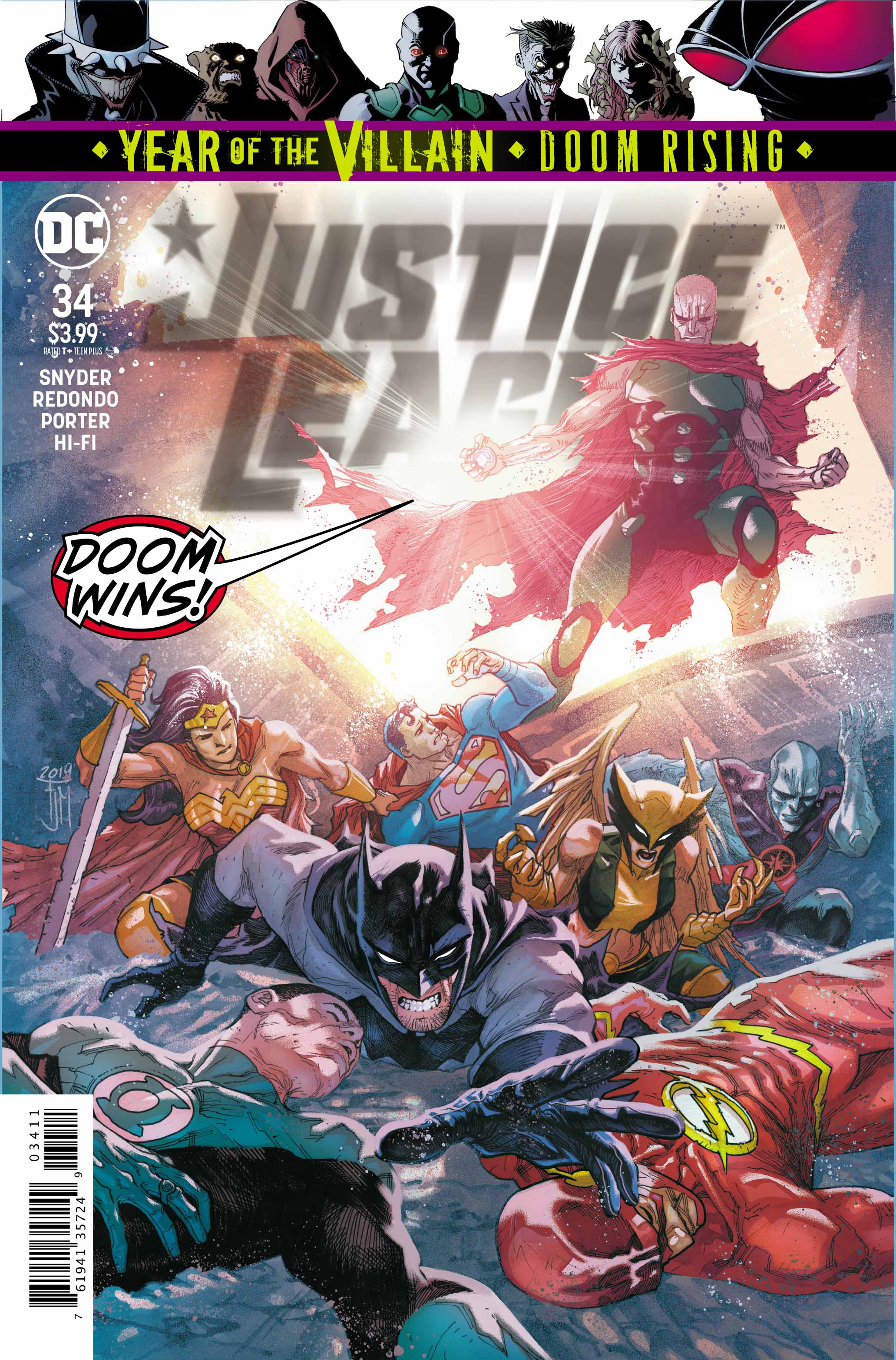 That cover ain’t lyin’. In Justice League #34, Doom gets the dub. But let’s hope our heroes can challenge the refs on the last play and get the ball back with 0.4 seconds left on the shot clock.

Despite recruiting heroes from across the time stream and the multiverse, the Justice League got their ass beat. But at least they looked cool doing it. Last issue, Kamandi recruited the Justice League Beyond team featuring Aquagirl, Batman (Terry McGinnis), Big Barda, Green Lantern Kai-Ro, Micron, Superman, and Warhawk. It was a jaw-dropping cliff-hanger.

This issue, they pushed it even further. We didn’t just get that Beyond team, but we were treated to dozens of variations of the Justice League in a beautiful splash page that made every version of myself from the multiverse happy. I saw characters from Kingdom Come, Red Son Superman, a cyborg Aquaman, and even someone who resembles Nite Owl. I’m still cheesing just thinking about it. But even with all that, they took the L. Big time.

Let’s talk about why. 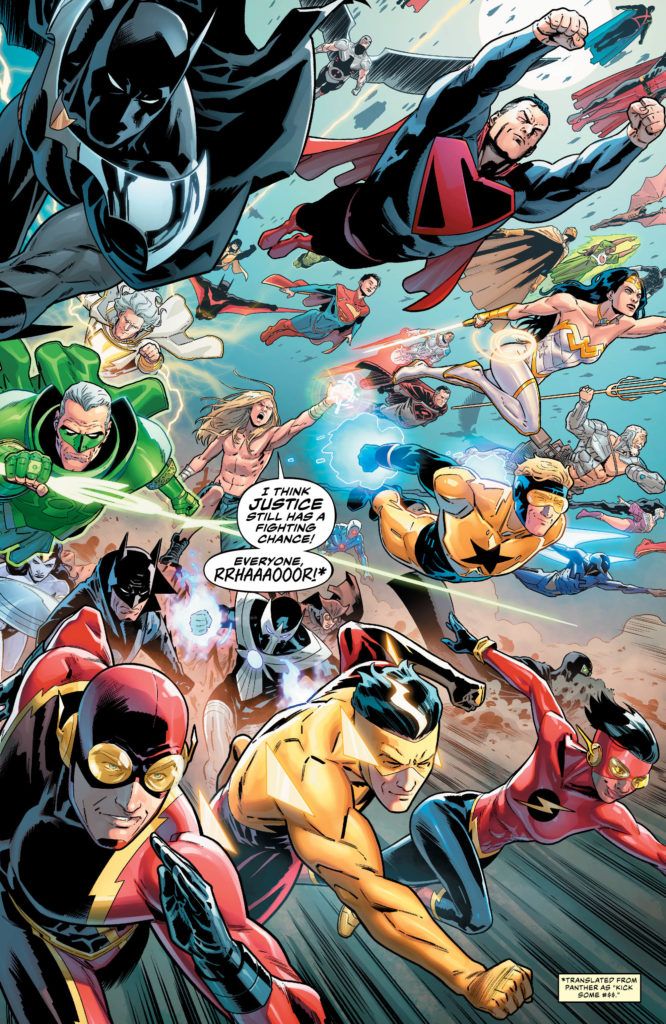 For the past few issues, it’s been looking pretty bleak for the League. Luthor and the Legion of Doom have brought the heat from the jump and you couldn’t really tell how and when the heroes were gonna turn it around. But sure enough, inch by inch, they decided to figure things out. So much so that you could see a light at the end of the tunnel for their victory. The only problem is that they had to operate perfectly. They couldn’t make any mistakes otherwise it was over for them.

The two biggest things they had to make sure they kept in check were the Ultra-Monitor, who would go toe to toe with Perpetua herself, and Hawkgirl, whose ever-evolving powers are the key to relocking Perpetua away for good. Hawkgirl only has to conserve her energy long enough for the big moment. But Luthor is right there, seemingly vulnerable. And he recently killed her man. She can’t just let that slide. Surely, she can give Luthor what he deserves and still have enough juice for the big moment, right?

I like how this scene played out. The Justice League didn’t lose their momentum because they weren’t good enough, they wound up losing because of a bad judgment call fueled by rage and revenge. It’s easy to just say that the bad guys are stronger and the heroes are weaker. But what elevates the narrative is that victory was within the heroes’ grasp, only to have a rash decision wash everything away.

Hawkgirl messed up. She blew the plan. And now the entire multiverse might have to pay for her mistakes. Magical wings or not, that’s a lot of weight on her shoulders that she’s going to have to carry until this is all fixed– if this all gets fixed.

Justice League #34 handed a big fat L to the Justice League with their most pivotal player choking when the team needed her most. You can’t blame her, there’s a lot at stake and she wants to make Luthor pay for what he’s done. Okay, maybe you can blame her. But her mistake only sets her up for a stellar comeback.