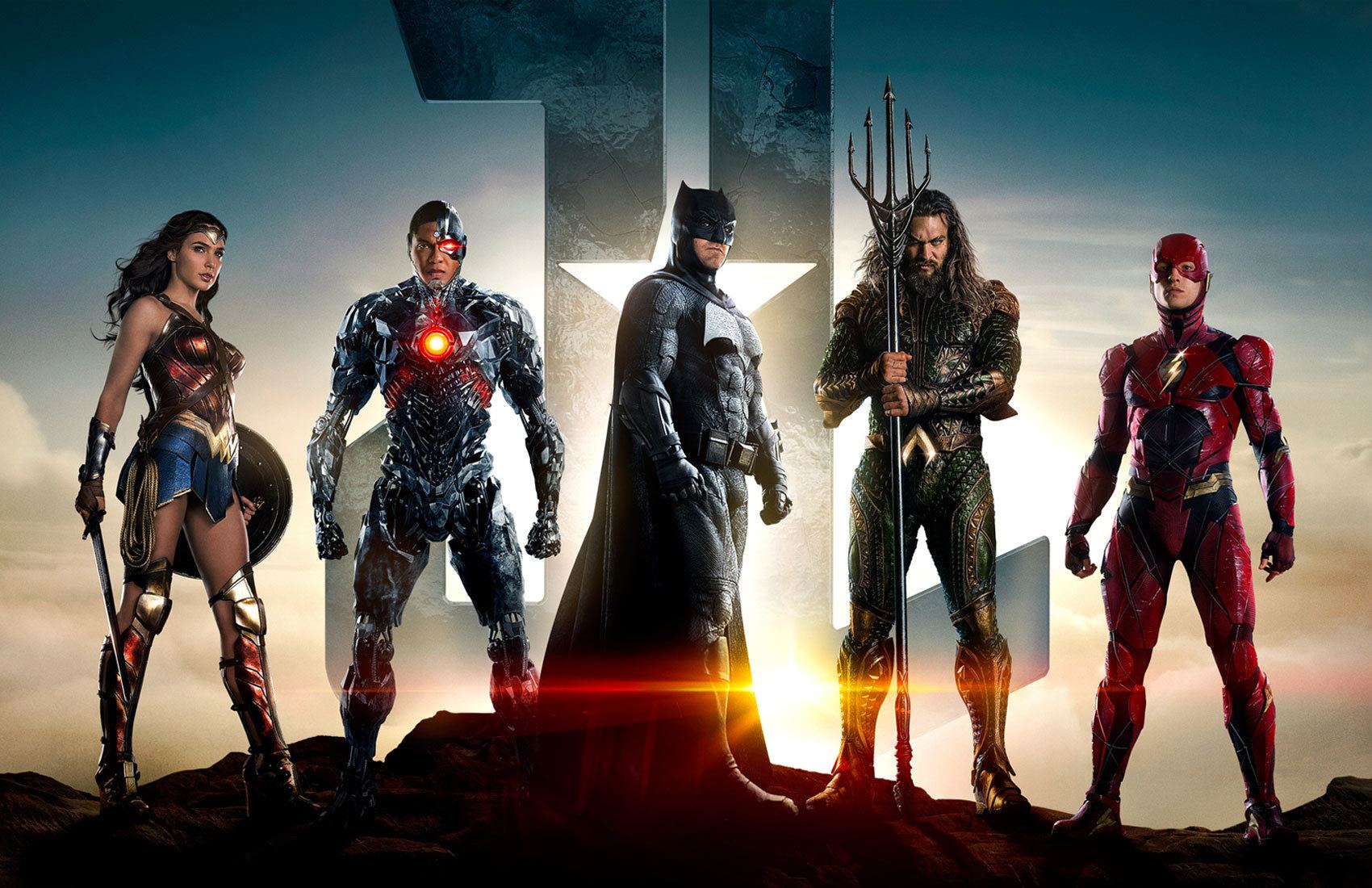 The Justice League wait is finally over. DC finally unleashes their full potential on the lucrative superhero movie fan base, and it’s not as bad as most reviews will have you believe. But don’t worry homies, I’m here to hit you with some reasons why you should or shouldn’t head out to see the squad up, and try to clap back at Avengers this weekend.

Justice League is…acceptable, but not a movie without plenty flaws. Bast believe, we gone get into all of’em. The first and most glaring hole is that the villain, the antagonist, the entire reason the team is forced to unite… is really wack, fam. Steppenwolf just ain’t cuttin’ it. I hate to chalk it up to weak CGI and a basic ass motive, but those are the cards we’re dealt and our hand is trash, B. Snyder and his writers should throw their hands in cuz they ain’t got no villain spades.

Luckily, we only have to endure that ashy gremlin titan like four times the entire movie, but you know what’s going to happen each and every time he does pull up? What’s beaming him to and from Earth? No clue. Why is his ax so powerful? Zero backstory or even an inkling of storytelling. Crusty sock Parademon soldiers and Regina George reasoning, that’s what you can expect.

The other area that falls a little flat is the recruitment phase. Bruce and Diana spend all this time reaching out to Aquaman, Flash, and Cyborg to join this team, but we’ve seen all of these scenes in the trailers, sneak peeks, and special scenes that play during halftime of the first NBA or NFL game. I can damn near guarantee you walk away feeling like you been saw the recruiting that just happened. The handful of scenes you haven’t seen? Meh, not bad. Don’t get me wrong, there’s just nothing new about the way they do things in the first act of Justice League.

A welcome aspect of the first hour is that the movie went away from the dark, moody, and brooding approach that the last couple Batman and Superman movies took. You can see how they tried to infuse some humor into our heroes first interactions. Some jokes hit and stick the landing. The only problem is, the movie is much funnier and at times flat-out hilarious when they’re not trying to get them jokes off and just let the heroes talk shit, fanboy out, or act like a normal, brolic, superpowered squad.

Steppenwolf is Coming: Remember that deleted scene from BvS? Lex was talking to a grainy image of someone that had weird boxes behind him? Those were the Mother Boxes. That’s what Steppenwolf is after. Three of them to be precise (and yes, I know. This formula sounds eerily similar to a bunch of stones a villain is collecting in another movie franchise) but I digress. When he finally hunts the boxes down, he’s got to fight for what he wants and those scenes are some of the best battles the directors could’ve conceived.

The Flash: Crushes every scene that he’s in and I’m not just saying that because I love the show. Snyder and Whedon really capture the electrifying beauty of the Speed Force and bless Flash with tons of scenes befitting a legendary hero. Ezra Miller’s Barry Allen is such a dweeb, but a funny dweeb for sure. Once he gets past his awkward, self-deprecating loser jokes, he settles into his own. His facial expressions, body language, and reactions are all on point as he interacts with the team, droppin’ zingers left and right.

Nobody puts Diana under a Glass Ceiling

Wonder Woman: Picks up where she left off after her solo movie; kickin’ all the ass in sight and looking like the greatest 1v1 combatant in the multiverse! She’s graceful in all her scenes and is basically the only one who can toss the hands with Steppenwolf in the first 90 mins. Despite all my hate for our villain, he does drop one of the hardest bars in known existence when she tells him he’s overestimating himself (true). Steppenwolf senses the blood running through her veins and goes, “Child, my ax is still slick with the blood of your sisters.” Wonder Woman is an absolute beast and I was very happy to see she didn’t fade into the background once the alliance was formed. In fact, she did the opposite and went on to lead the team into the final showdown!

Cyborg: The least known member of the team gets an incredible amount of responsibilities and looks really good while he’s at it. I’ll admit I was skeptical of Cyborg’s look going into the movie, but rest assured. He looks great and is arguably the most important member of the League by the time the credits roll. I think Ray Fisher is the only person who actually acts the whole movie. Nobody shows the pain he exhibits as he reconciles with this body he never asked for. A body he can’t fully understand or control. Batman: I don’t know what to make of this guy. He’s not very charismatic, even as Bruce Wayne. He’s overshadowed by his crew who posses the most insane abilities known to man. Even when he does whip out a new toy or does something really heroic, you find yourself looking for one of the other members of the League because we’ve all seen Batman save a few people with his gadgets and Batmobile. Oh, and outside of The Flash who worships every ounce of craftsmanship in the Batcave, everybody shits on Batman for half the movie. It’s pretty hilarious.

Aquaman: Every team needs a perpetual jerk and Arthur Curry runs with his opportunity to hate everything around him. He’s got a mouth and ain’t afraid to use it. He’s got power but doesn’t get to wield it as much as I’d hoped or expected. His underwater scenes tho? Pretty impressive considering we’ve never seen underwater battles of this caliber. Arthur and Batman go back and forth all movie, but it was Bruce’s request to put out an aquatic feeler for anything that might lead to Steppenwolf’s whereabouts that got a great explanation for how his abilities work. Bruce goes, “Ehhhh, can you talk to fish?”, Curry is like, “The water does all the talking.” I really didn’t get blown away at all during the movie, but Aquaman does have one of the two scenes where I legit said out loud, “Wow!” then went back to hoping for more…and never got it.

All in all, the movie impressed me much more than expected, but unfortunately, that’s because I’ve lowered my DC movie standards drastically in the last 5 years. The comedic comparisons to Thor: Ragnarok? Not even close. I wish I could get into the best part about this damn movie, but it would be wading deep into spoiler territory, so I’ll let you enjoy that when you see it.

P.S. Get your Marvel on and stay for the Post-Credits Scene. You’re welcome.