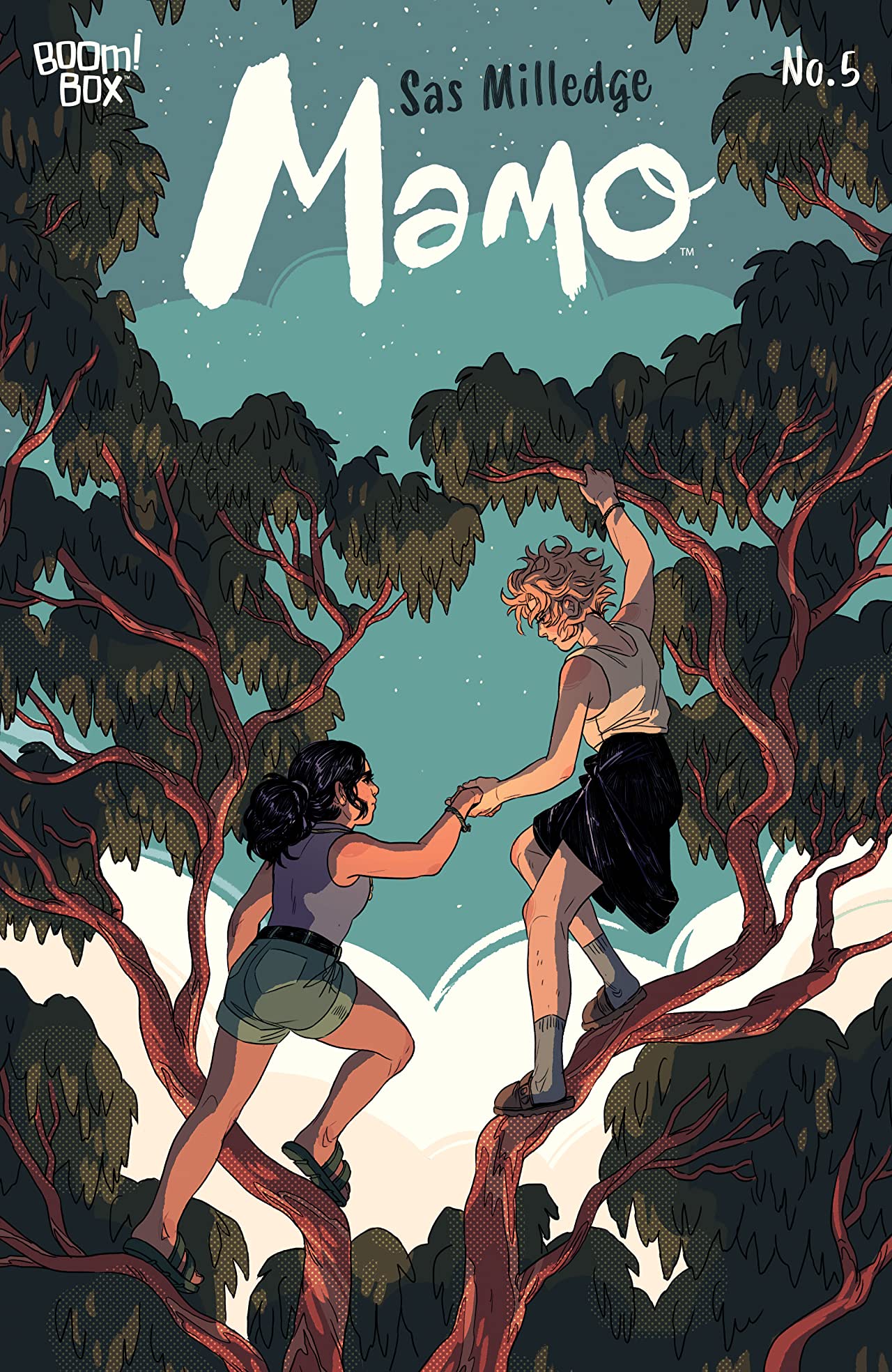 Quick recap of last issue: Orla and Jo find themselves in a bit of an argument, that ended with Orla stuck in a trap of her grandmother’s making, but thankfully Jo wasn’t about to let her friend take on the final obstacle alone. Mamo #5 picks up immediately from the last pages of Mamo #4, and does what Mamo does best: approach the complicated issue of familial inheritance and duty juxtaposed against friends learning how to support each other as they navigate these things.

It’s not a simple thing that Sas Milledge has decided to tackle, but somehow they managed to do so in a way that is endearingly sweet and visually stunning. The final confrontation with the titular Mamo sells all of the thematic messaging of the series, and the recurrent callbacks to the now fully blossomed relationship between Orla and Jo really solidifies the strength of the series. As Jo emphatically starts to repeat the series’s refrain of “power shared is power doubled.” it really sells how much the two protagonists have learned from each other, and the resolution of the series shows just how far they have grown individually and as a paired set.

The back half of Mamo #5 provides a perfect coda to the magical, action fueled first half, and the final sequence left me with a silly smile and maybe a couple of years. Mamo is just good and wholesome. After reading the totality of the series, after witnessing the journey of Jo and Orla navigating the supernatural and magic of Haresden, that’s all there really is to say.

Milledge’s five issue one was an excellent read from start to finish with incredible visuals and a salient story. This is going to be a fantastic graphic novel when it’s fully collected for younger readers, but even older readers will appreciate the kindness and messaging of the series. It’s sweet and endearing, and I think Milledge really gave the book the best possible conclusion they could.