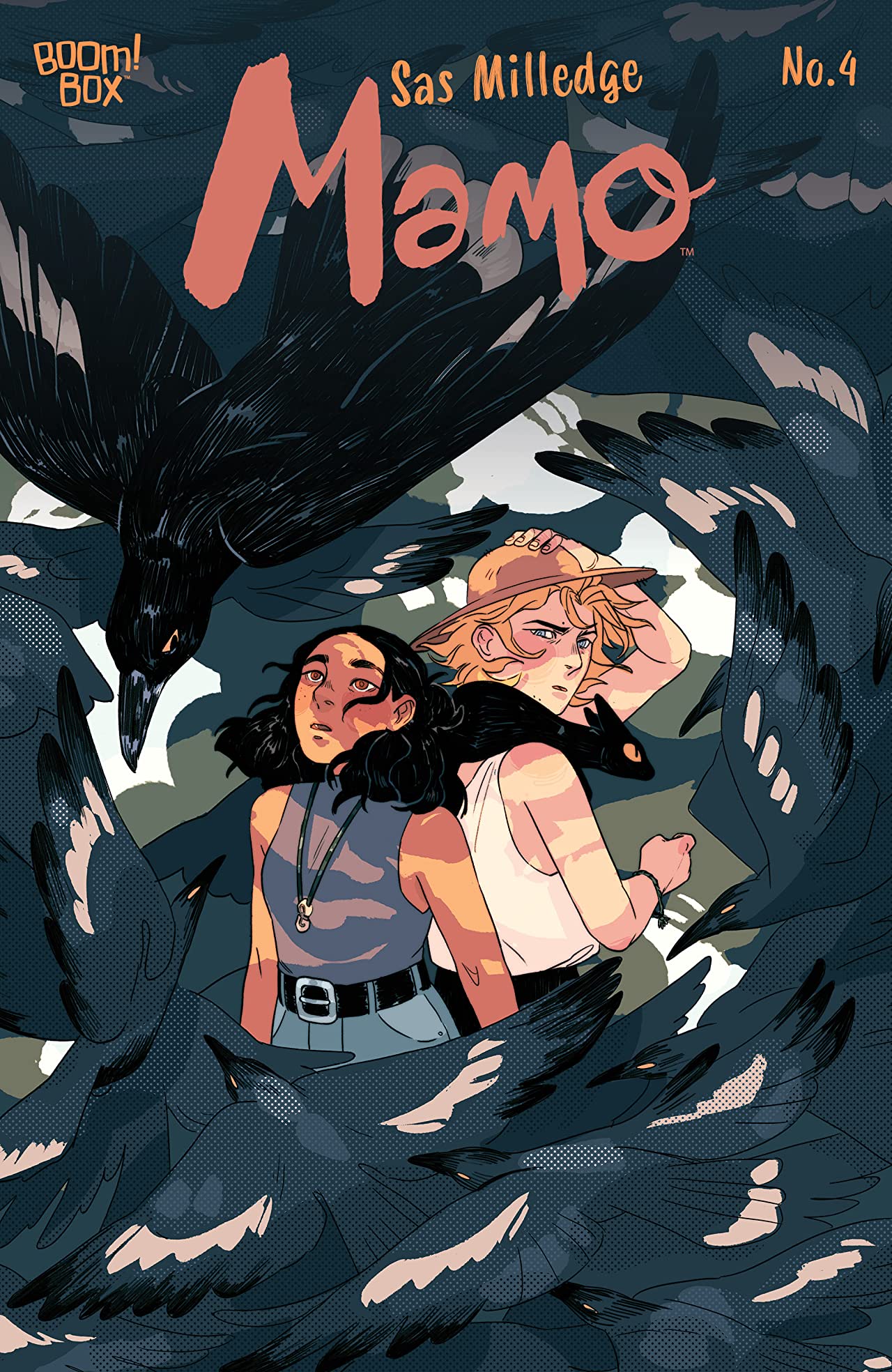 The penultimate issue of Mamo hit a lot harder than I was ever expecting. It laid out one of the explicit themes of the series in clear, unequivocal terms: you can love your hometown, but also desperately want to leave it. And one could argue that this message was always present in the series from the first issue where we saw Orla skipping town before becoming entangled in Jo’s life, but Mamo #4 explores the ideation in concrete terms as we open with the titular Mamo springing a trap on Orla to keep her bound to the town.

Between all of the supernatural errands that the duo has been running over the last couple issues, Orla and Jo have become close, but there remains a single issue dividing the two. Both Orla and Jo have lived in Haresden their whole life, but whereas Jo has enjoyed her upbringing, Orla is resentful of being tied to a singular. Mamo #4 gives the opportunity for our two principles character to meditate on what this difference in perspective means for their friendship. This narrative opportunity for the Jo and Orla to have conversations without the other in their presence is fascinating, deepens the emotional through-line of the series, and also allows for more lore.

Milledge expertly combines salient dialog with stunning visuals, and the magic that has been scattered through the series up until now is slowly dialed up throughout the issue, creating a palpable tension and escalating the excitement. Mamo is ultimately a story about family, both by blood and by choice, and this issue has a natural cadence that has me in state of heightened anticipation.

Mamo continues to be a stellar example of comic book storytelling and a perfect comic for the young adult reader in your life, and also maybe for you as well. The friendship and family dynamics remain compelling and anyone who has had a complicated relationship with the places they grew up in will resonate with Orla and Jo’s parallel journeys.