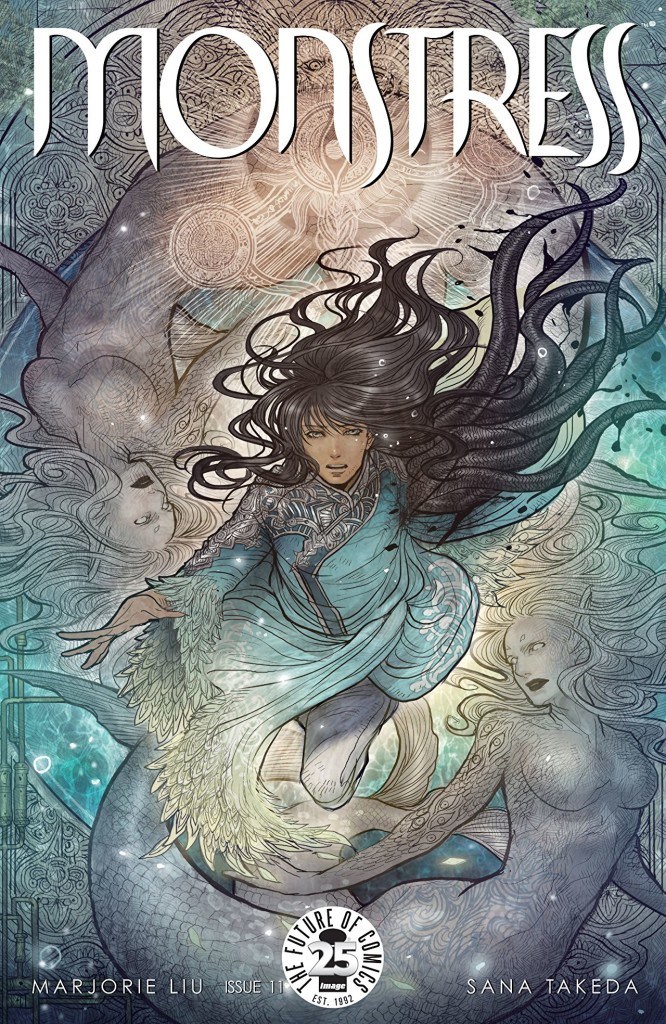 So we’ve finally made to the island (Not off it, mind you) and Maika is super focused on getting to where they need to be as always while her entourage of Master Ren and my sweet precious cinnamon roll too good for this world Kippa are looking at all the angles, hearing Maika talk the talk and are just like: 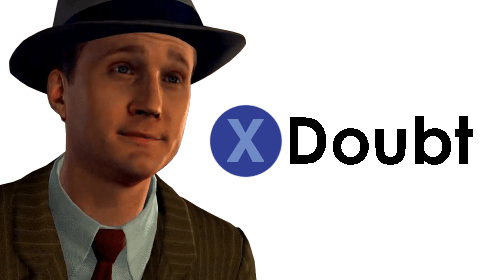 What’s to be expected with every issue of Monstress? What’s to be seen in every new chapter? What’s to be expected in every story arc? I can’t even be poetic and phrase this more eloquently: Everyone is awful. Everyone has a secret agenda and Dear God there’s always some poor person or thing getting tortured or left in bad way. Is this something that has turned me away from this comic? NAH. Is this me complaining about it? NAH. This is simply me reminding us all of the harsh yet fantastic world with all its lore that these characters are making their way in—-I can NOT stress enough how this book is not for the birds.

At the heart of this all, under all the many layers of the epic world building, the art that dares you look away from first…
there is real sense of urgency, this appeal that if we lined up fictional worlds in a row to visit like Narnia, this would be in the same section of GOT in the sense where you’d really not want to visit but hell- you can’t help but keep getting sucked into it because… 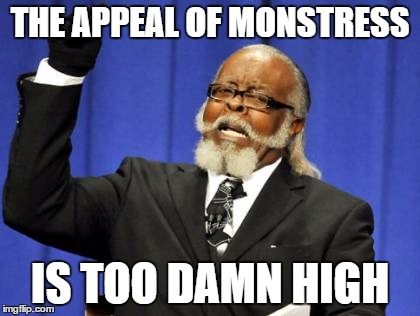 Come on fam, we have traveled to an island MADE UP OF BONES. BONES OF A DEAD GOD. CARRIED TO THE ISLAND BY A FERRYMAN WHO, ALSO, IS MADE UP OF BONES. OUR CREW WERE ALMOST PUNKED BY ANGRY , SIREN WHO WERE EATEN UP AS A AFTERNOON SNACK BY SOME GHOULS.

Ahem… With that to say: the payoff at the end of this issue isn’t as satisfying because we, know that our favorite Halfwolf is going to be betrayed once again. It’s not an question of will it happen but really just when and where. To clarify: this definitely isn’t lazy writing. It’s more so not having the patience this pit stop in the story arc to fully sit back and connect the dots.

But something that does really work this issue is seeing more backstory on Monstrum. The context of it long ago being seated next to another God and being presented with the facts that their kind probably wasn’t the best for this world–that their very existence was detrimental to the world in a sense where there weren’t many options for them. 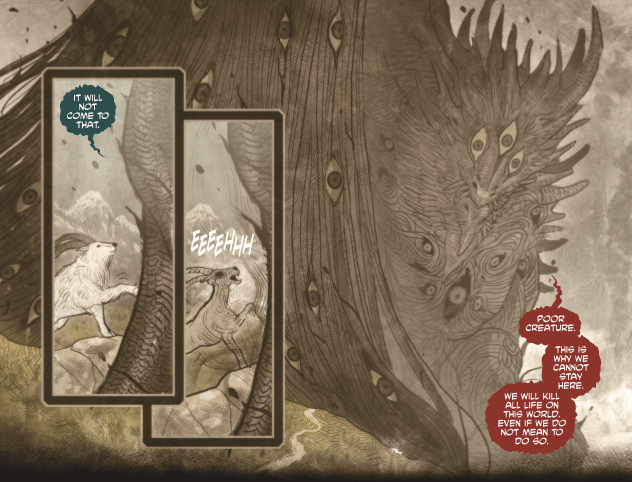 A brash and much younger Monstrum makes the case that they are powerful and the lesser beings aren’t worthy of them. This is eye opening because the Monstrum we know and occasionally fear is older, tired and much more open to trying to coexist with Maika to come to a means to an end. It also gives insight to what life means for something that has lived for eons when its a pressing reality that life in whatever sense will end of it if some action isn’t done to prevent it. 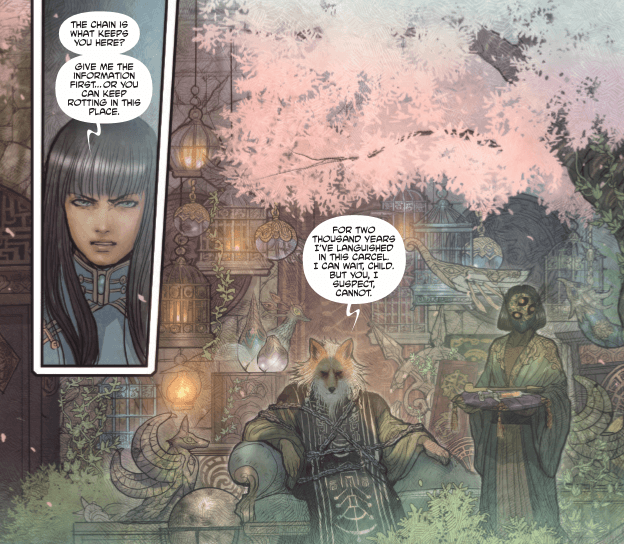 Maika is on the front lines, fighting for her life and she’s dropped this bomb about her mother that previous issues have hinted at and, of course, there’s another drama bomb regarding Monstrum that I did not see coming. Takeda handles Monstrum’s flashback scenes with the same grace she’s always had but this time around they feel heavier. Monstrum’s cursed memories hold a hell of a lot more weight and it comes across on the pages quite well.

This may have been a weaker issue of a consistent and well threaded comic however that doesn’t mean it’s failed at keeping interest or guiding the reader along to some pearls of the plot we have yet to string together.

Are you a Monstress fan? Find BNP’s other reviews of the series here.