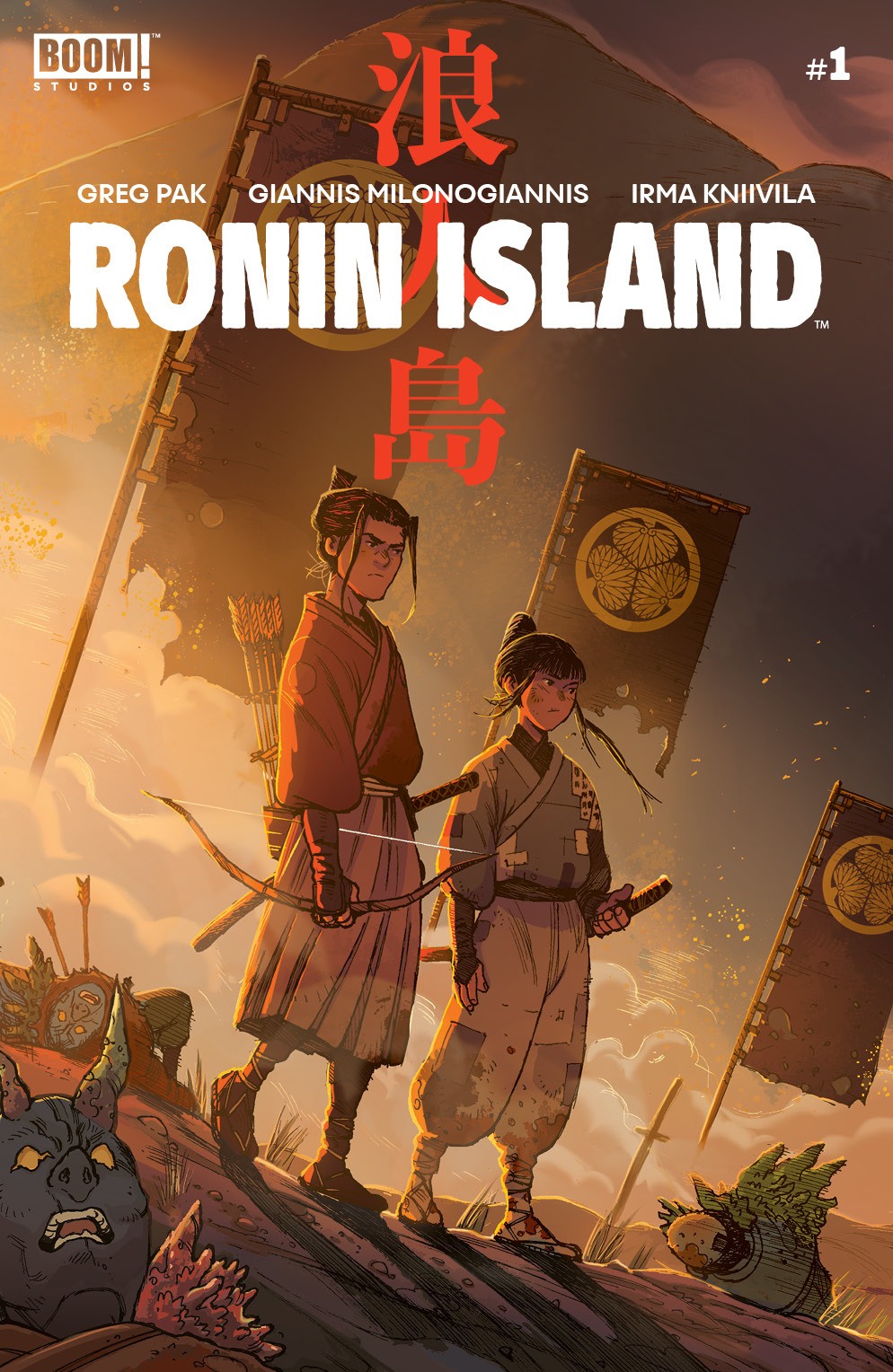 Greg Pak is out here doing all of the work when it comes to representation. I’ve waxed poetic about Mech Cadet Yu. I’ve extolled the exciting new line up of New Agents of Atlas. And now, it is my honor to cover an exciting new, original story from Pak: Ronin Island. 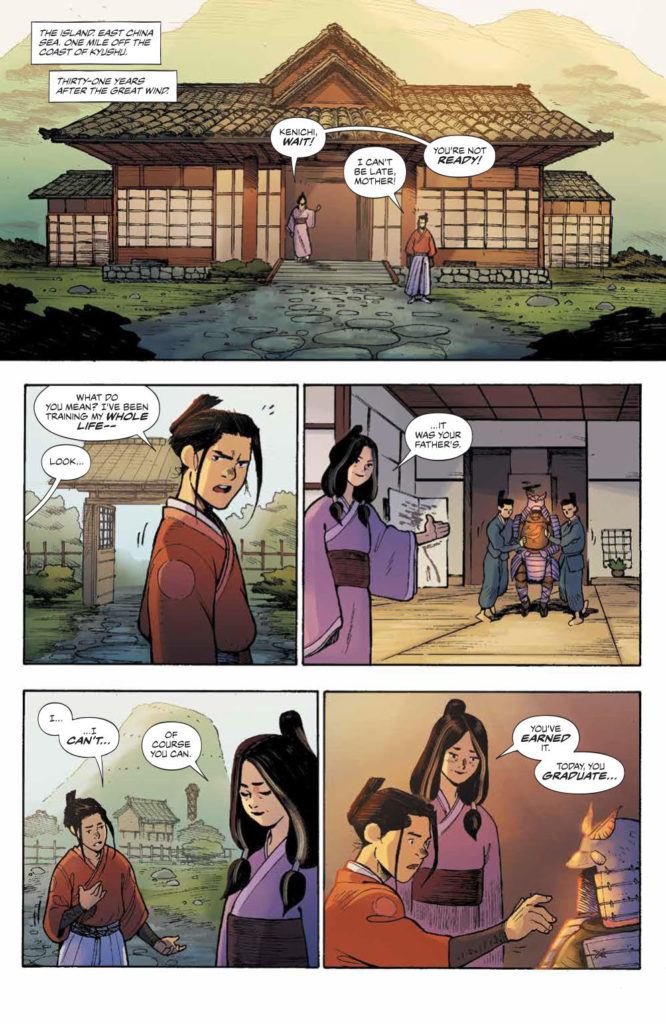 Set on “The Island” in the East China Sea, one mile off the coast of Kyushu, resides a very different cultural melting pot. After a cataclysmic battle, refugees from Japan, China, and Korea took up residency on the Island and exist in a tenuous peace. We are quickly introduced to our two young protagonists: Kenichi, legacy member of a royal Japanese lineage, and Hana, the “Korean Girl Who Lives In The Shack By The Beach.” Whereas Hana is a scrappy fighter motivated to upstage the rich kid, Kenichi is an honor-bound stalwart samurai attempting to continue a proud tradition. Pak wastes absolutely no time introducing the characters and having them compete in order to set up the underlying themes of Ronin Island: the clash of old and new blood, the difficulties of cultural co-evolution, this idea of what is home and what does that home mean to a bunch of refugees. Pak sets up this initial conflict barely a quarter into the book before extrapolating to new and exciting heights that you’ll have to read the issue to find out about. 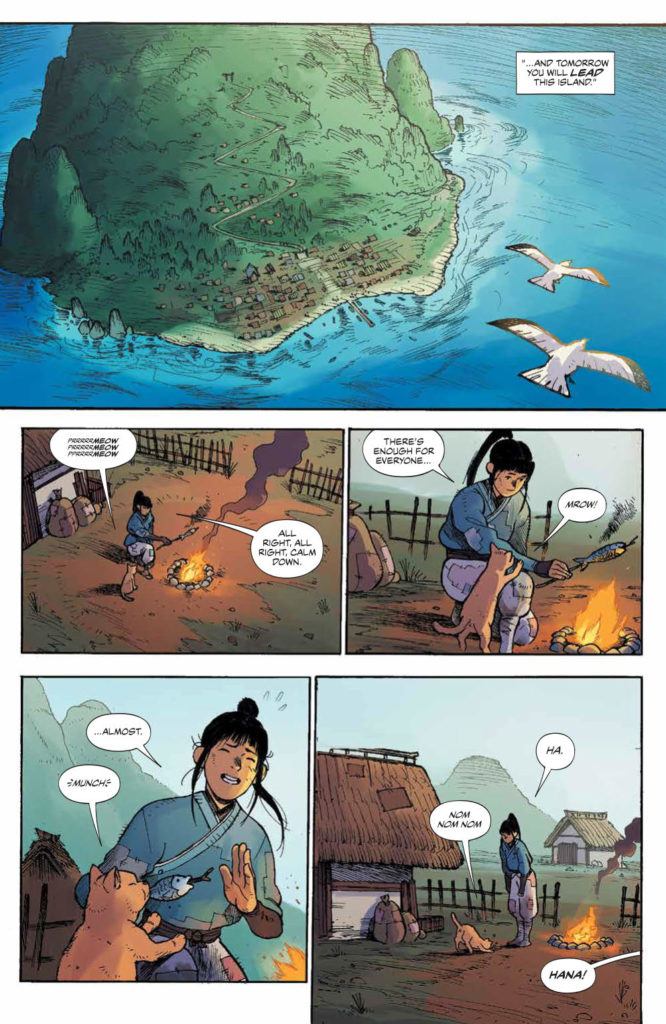 However, the narrative and clever dialog aren’t the only stars of the show. Milonogiannis’ artwork is absolutely gorgeous. There are various set pieces on the proverbial island and a wealth of detail in the costuming and design of each character. Kenichi’s samurai armor is just a tad bit too big for him — he’s not entirely ready to take up the legacy. Hana’s tattered clothes may be patchwork stitched together, but they allow her to utilize her agility as part of the graduation ceremony. The action is fluid and while there isn’t too much combat, it’s very easy to see that Milonogiannis has a knack for creating kinetic moments that will be worth watching unfold. 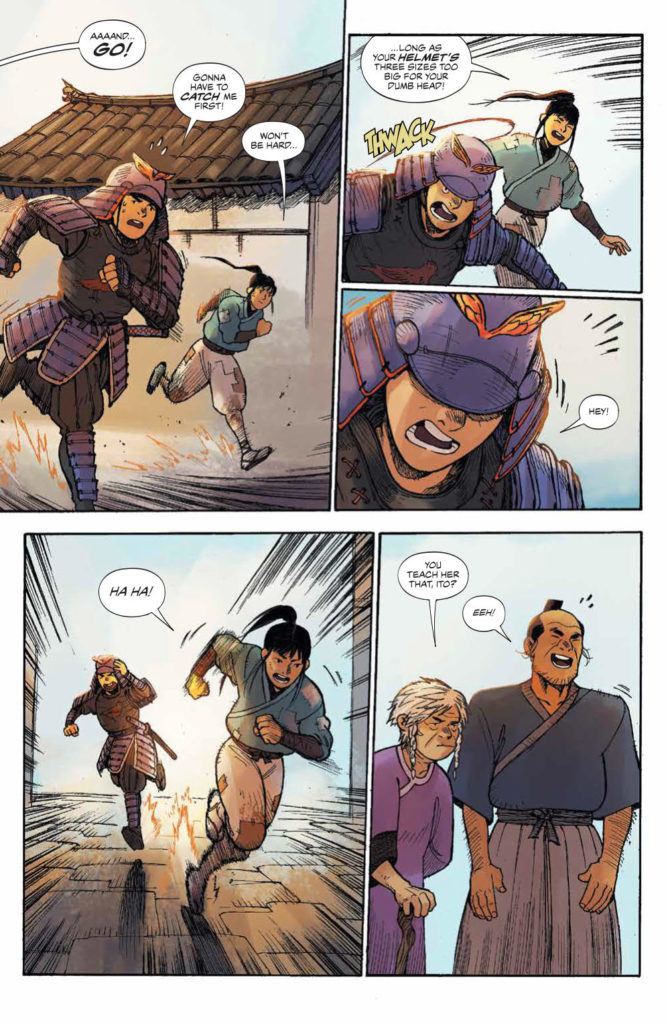 All in all, Ronin Island #1 is a devastating strong opener of an issue. No panel is wasted, no narrative beat feels unused. It’s a quick, rapid-fire page turner that slowly invites the reader into the world and shines a little more light each time your eyes devour the stellar storytelling and beautiful art. This is something you’re gonna want in your pull, folks. We’re lucky that we get to see the start of the epic of saga that is Ronin Island.