ESPN made a “Body Issue” based on Marvel superheroes, and it’s glorious. But before we get to that, let’s go through some fascinating history first. The first Body Issue was published in 2009 in response to a significant decline in ESPN magazine’s revenue during the financial crisis. Not only that, because it was also a response for that pesky high-selling publication from their competitor, Sports Illustrated’s annual Swimsuit Issue. ESPN photographers took shots of athletes — some more famous, others less know — nearly or completely naked, bearing it all with a soccer ball, or a baseball bat, or the snowboard they ride on. Where the Swimsuit Issue focused on homogenous models showcasing bikinis and pandering to the typical standard of Hollywood beauty however, the Body Issue saw an opportunity: ESPN the Magazine would focus on the diversity of the human form by centering on the athletes themselves.

And focusing on diversity proved to be an amazingly successful strategy. Who knew?

Since the Body Issue began in 2009 it’s been a sensational hit, highlighting the beauty of the human form, with the single common bond that those bodies are athletic. And by that common bond, ESPN: The Magazine shattered the perception at-large of what it means to be “athletic,” and what we think of when we imagine such a build. Serena Williams – the first Body Issue cover – had her body featured alongside surfer Claire Bevilacqua, Olympic shot put competitor Michelle Carter, and the first amputee to finish the Ironman, Sarah Reinersten. The feature didn’t portray a monolithic image of beauty. It highlighted the strength, flexibility, explosiveness, and balance that actually mattered. The Body Issue celebrated ability and diversity. 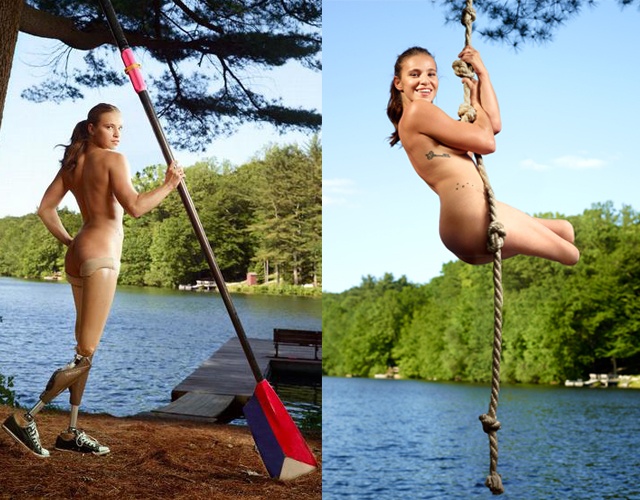 Seven issues later, ESPN the Magazine has featured over a hundred athletes and shown us bodies that are fat, thin, hard, soft, light, heavy, and everything in between – all capable of incredible things. Personally I love the range of bodies depicted, both those that look a little like mine and the ones that are completely different. I can only imagine what that means to so many inspired readers, but if popularity is any indication then the message is clear: reflecting positive body images means a lot.

And so here we have ESPN’s Body Issue: Marvel Edition, highlighting the amazing characters we read every Wednesday who entertain and inspire us. But with one significant difference: it also highlights how monolithic body types are in popular comics. And that’s a sad, serious distinction from what The Body Issue began to accomplish in sports. I don’t mean to be a downer – I’m excited seeing Marvel characters in a Body Issue-type feature. It’s an amazing idea, and I hope we see more in the future. But that idea of “more” I hope includes the spirit behind why we love the feature in the first place, and what’s been missing from comics for a long time and is only recently beginning to change: diversity. (To see some of your favorite comic characters photoshopped to have realistic bodies, check this out) 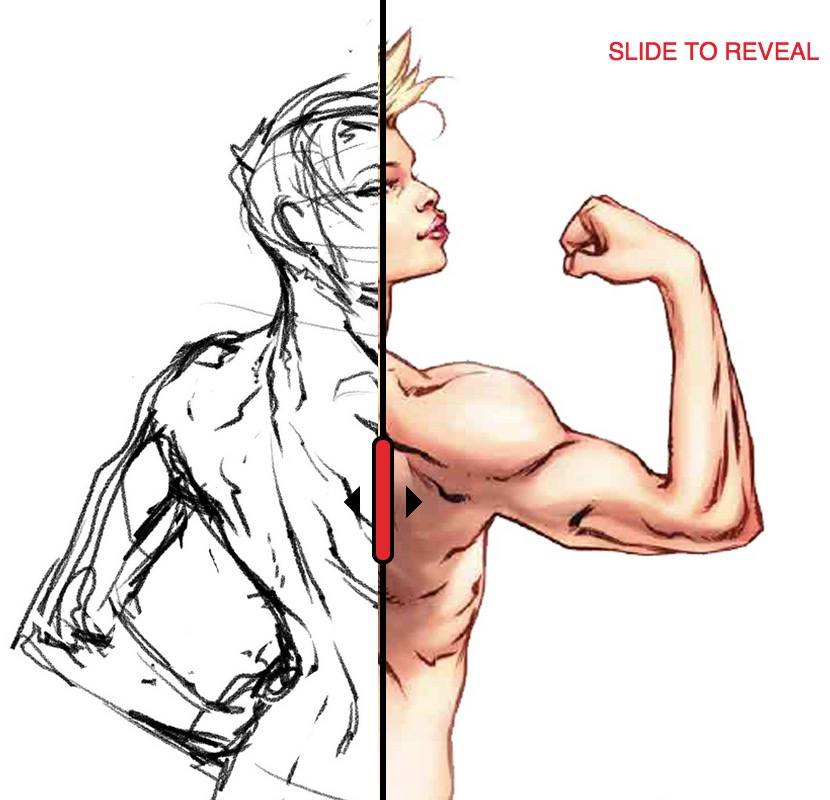 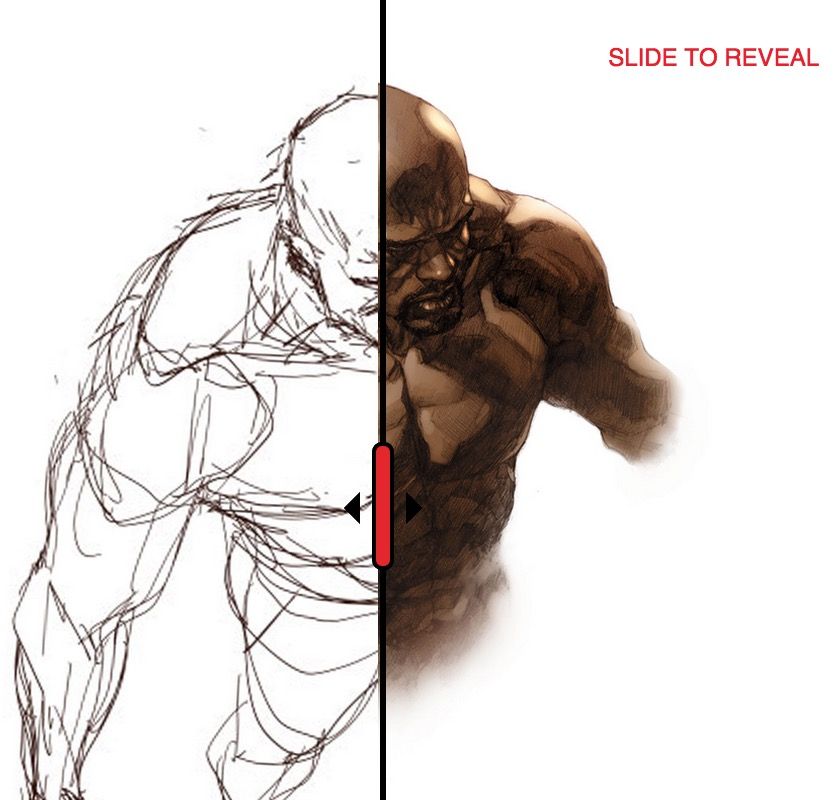 Diversity expands far beyond race, and where the comics industry continues to make progress (and then regress, and then progress again) with racial and ethnic diversity, we’ve yet to see very much in body image. Superheroes are to comics what the Swimsuit Issue is to sports: an unnecessary support of a particular standard that, in accumulation, can be unintentionally negative.

Of course, the response to the monolithic body types we see in comics can be found in creator-owned comics, and that continues to be encouraging. Unfortunately it seems like it might be a while until Marvel and DC catch up though, at least based on veteran industry artists and what they’re quoted as saying. I won’t point out which passages I find especially egregious, but I really encourage you to read them for yourself. To be honest, aside from them being depressing, many of the quotes are just pretty horrible in what they’re implying and relay that some artists don’t just miss the point – they don’t even realize the point exists.

I remember attending New York City Comic Con in 2012, before the height of Korra fandom, but she was still popular enough. I had cash burning through my pocket as I walked through the aisles of Artist Alley looking for the best Korra print I could find. You know where this story goes: I couldn’t find it, because if you go to a convention with something specific in mind it’ll somehow manage to elude you. But the other reason I couldn’t find it is because all the pictures I found were either baby-Korra or sexy-Korra. There was no great… Korra. And as my best friend laughed at my naïve revelation, naturally having been aware of the plight long ago, she told me to look around me. I was so used to the overwhelming borderline-pornographic drawings of women characters at Artist Alley (or the actual pornographic drawings of women characters at Artist Alley) that I’d hardly noticed the lack of alternatives, like a fish asking, “What’s water?”


[divider type=”space_thin”]
I don’t mean to condemn sex or porn. Sexual images and erotica have a longstanding place in comics. But the predominance of very few body types shown as “heroic,” and the particularly persistent minimization of women and girl characters to their attractiveness, sends a harrowing message to we who read them. The range of body types has to expand further than Wolverine-ripped to Hulk-ripped or Carol Danvers-ripped to Jennifer Walters-ripped if we want to change that message. Some character alternatives already exist, and as more are written and drawn I hope we embrace them for their uniqueness and ability rather than the uniform, outdated standard for what a hero should look like.

As mainstream comics continue their path towards better and more diverse representation, it’s time that body image and ability join the forefront of the conversation. Until then I’m glad we can look to independent comics to continue on the cutting edge of progress, until maybe one day we’ll have a diverse group of superheroes celebrated for what their bodies can do as much as what they look like. Naked Charles Xavier in a Body Issue, anyone?