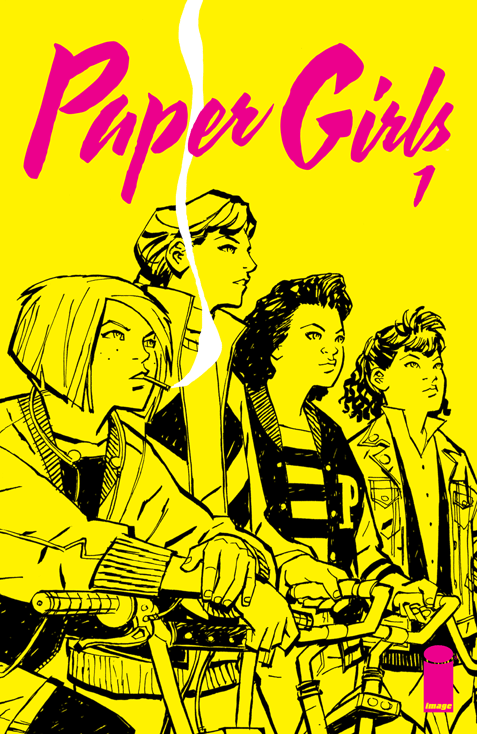 Whoa. In its opening issue, Paper Girls already throws readers for several loops, making you wonder “what the hell is this even about?” but in the best way. A cadre of friends are discovered through our protagonist, Erin, and these four girls work the paper route of Cleveland, Ohio, squaring off against teenage douche bullies, cocky police officers, and… aliens? There’s a lot to learn about Paper Girls, but one thing’s for certain: we’re interested, and the stage has been set for another great series from Brian K. Vaughan.

As you expect from all of Vaughan’s series – see Saga or We Stand On Guard – Paper Girls’ strength stems right off the bat from its strong, distinct characters. We have KJ, who might be the childhood incarnation of Allison from Orphan Black; Tiffany, the techie who worked winters delivering through the snow to earn enough money for her TRC-218 CB with channel 14 crystals (it’s not just a walkie-talkie); Mac, the rough-edged leader of the group, complete with teen angst and an early smoking habit; and Erin, our newbie who, judging by our opening sequence, is our protagonist and low-key badass. Seriously though, if this isn’t the most subtly gangster panel you’ve ever seen from a 12-year old in comics, I don’t know what is.

Paper Girls #1 does a great job of hooking you into the story and introducing our four characters rather seamlessly. The story leaves enough to question that readers might not know what to make of it yet, as it basically covers a fairly short hour of what mostly appears to be a typical morning for the girls. That is, until things get weird enough to make you wonder what kind of comic we’re getting here. Until we find out, the character development is a welcome distraction, with a team of four girls who will have every reader trying to pick their favorite. Me? Mine is Tiffany. No, it’s not because she’s Black. It’s because she knows Spanish. And she assaulted a man with a hockey stick. Okay, and she’s Black, but come on – how many of us know how to wield those things? 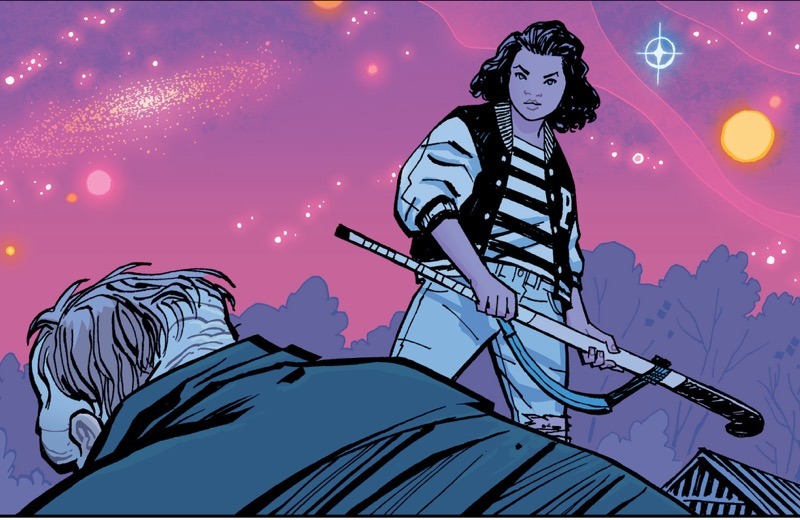