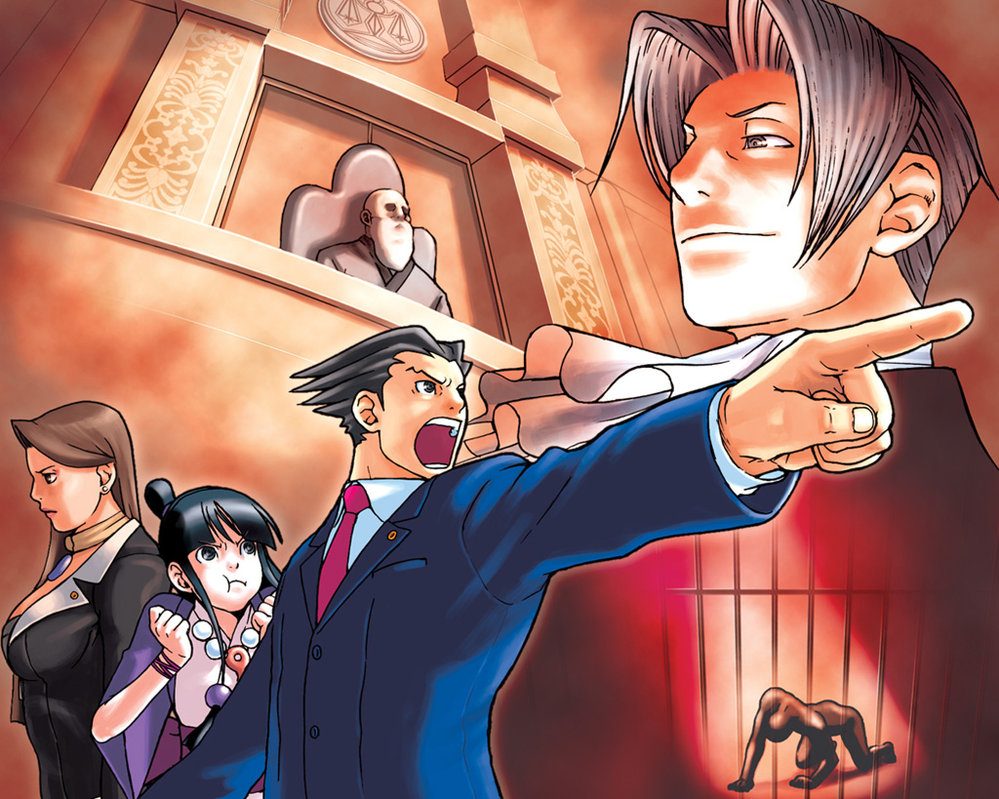 A couple of months ago Capcom (who has done some questionable things over the years) finally gave the fans something they’ve been asking for. Well, they haven’t given it to us yet but since they officially announced it, we should have a little faith in them. The Ace Attorney game series is getting an anime! If you’re not hype for that then you need to brush up on your Ace Attorney so you can hop aboard the train. The anime is set to premier in April 2016!

Ace Attorney, or Gyakuten Saiban, is a game series that started in 2001 but wasn’t ported for the West until 2005.  It is one of those games that just got better and better with time. Throughout the years many games were made, both spin-offs and main series titles. Ace Attorney is famous for its comedic dialogue and interactions between the characters which carry the game to a whole new level. The courtroom scenes and the timing for characters and their reactions is somewhat of a trademark for this series and if they can bring the same comedic timing to the anime then we’re in for a great experience. Keep your fingers crossed that they have some of the music from the games in the anime as well.

Not much is known about what the anime will be about (other than super court cases, of course) or how long it will be, but for a series like this it’s hard to take a guess. It could be one long over-arching story or just a different case every episode while introducing other characters. Either way it’ll be amazing if it’s done Wright. Did you see the joke? I said “If it’s done Wright” instead of “right” because Phoenix Wright is the main character. I know you saw it; you’re welcome.

Speaking of Phoenix Wright, he’s one of the best main characters that a gaming franchise can have. He’s hilarious, silly, and extremely intelligent when he needs to be. He also likes to yell “OBJECTION” in the courtroom. What else do you need for a great main character? I mean honestly. On another note he’s super fun to play in Ultimate Marvel Vs. Capcom 3. There’s the Shameless Plug(tm). Where’s our money for the shoutout, Capcom?

So get your gavels and get your blue suits because only the Wrighteous get to board this hype train. Be on the lookout for this anime next April, because if it’s done Wright it’ll be more than just a sleeper hit.