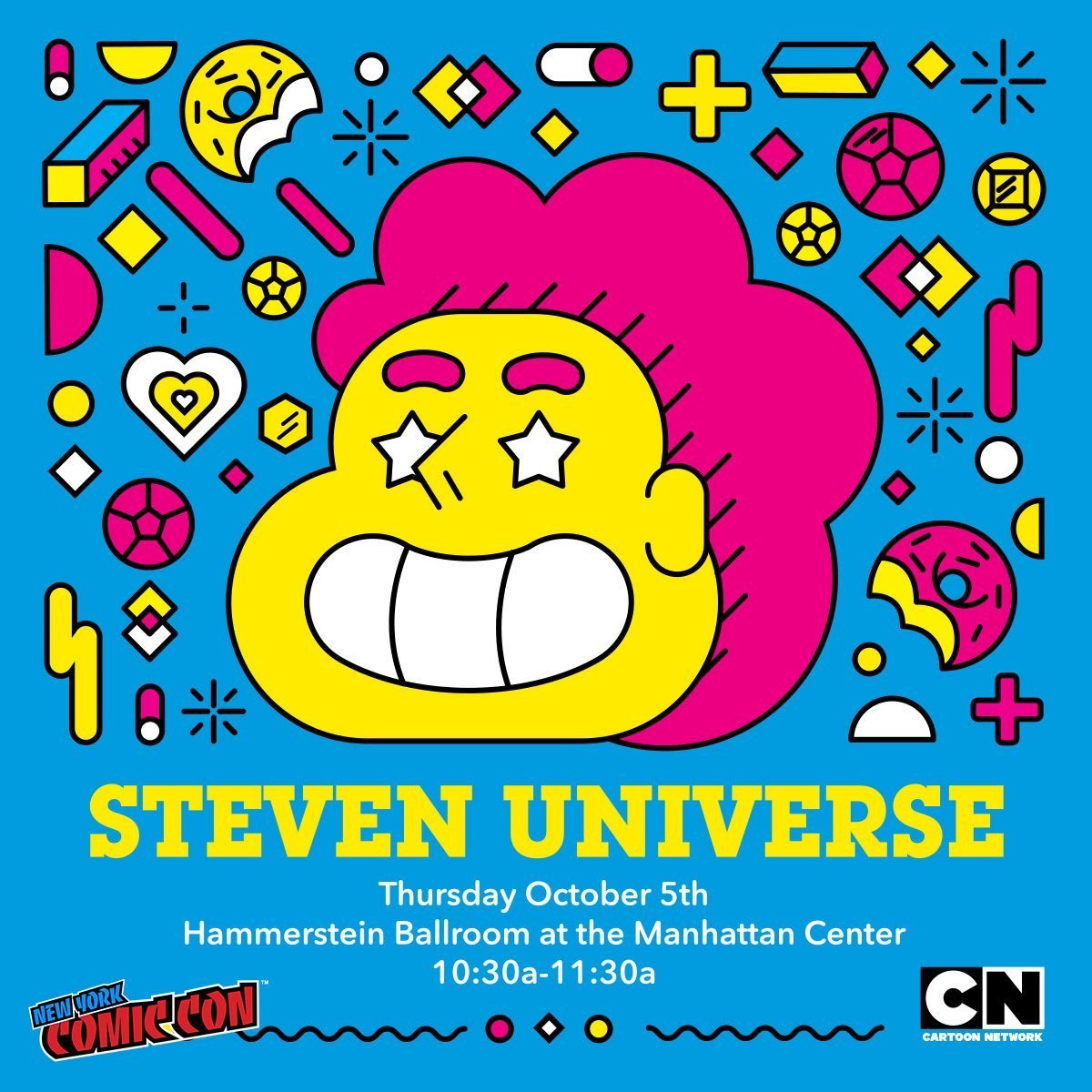 New York Comic Con is the best time of the year. I get to marvel at… Marvel, dress up like my favorite characters, and see panels of all the cartoons I know and love. The one we are all waiting for, the Steven Universe panel was my first stop. Joining us were voice actors for Pearl (DeeDee Magno), Steven Universe (Zach Callison), Greg Universe (Tom Scharpling), Amethyst (Michaela Dietz), Connie Maheswaran (Grace Rolek), and even Rebecca Sugar!

Already it’s exciting, to hear them in their real voices, sounding just like their characters — except Steven he is definitely an adult with voice acting chops for sure. Pearl is so proper and prepared, it definitely feels like casting was on point but at the same time Sugar and the team of writers have formed these characters around the actors as the show progresses. We did miss Estelle, Aka Garnet, whom I would have ran and pushed children out of the way to ask questions to. I felt similarly with Rebecca, though she was so soft spoken and humble and full of small giggles and smiles, rushing her would have been the wrong approach.

The moderator did a fine job, although I wish we could have gone into the more nitty gritty of the story — the past episodes have been epic! SPOILERS for those who haven’t watched the 4-part special. Beach City is infiltrated by a small flying gem named Aquamarine in hopes of capturing all of Steven’s friends and bringing them back to home world. They almost succeed before Steven turns himself in as the wanted Rebel Rose Quartz. The special begins on the spaceship back to home world with one person who didn’t make it off the ship, Lars! The rest of the four episodes follow with a trial, incredible questions come to light — did Rose shatter Pink Diamond? Some skillful looks at the facts point to it being an inside job. We then see the daring escape and a whole new existence for Lars. We learn a lot about Steven’s powers and the origins of Lion’s pink hue. 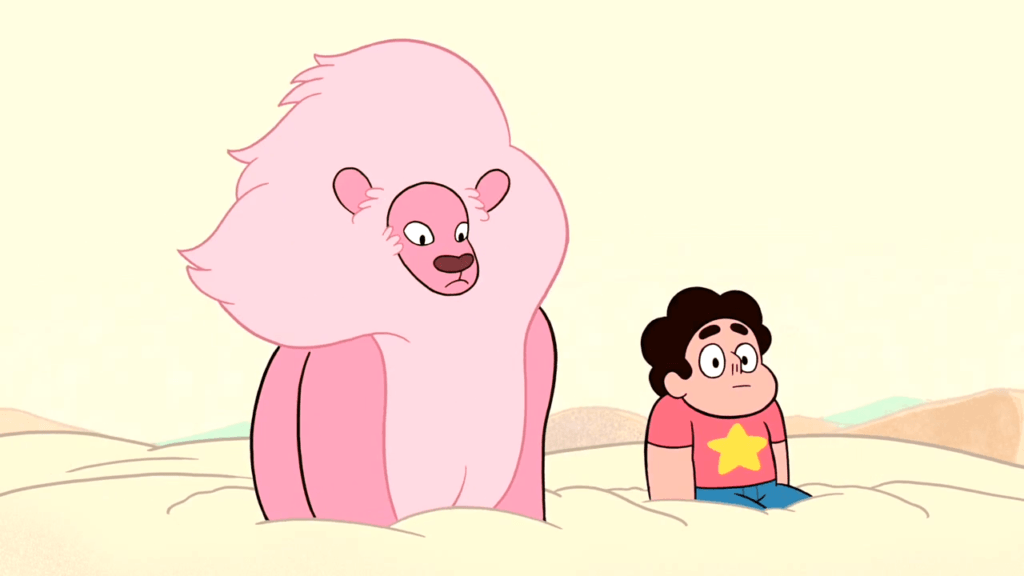 I digress – I wanted to get into all of that, unpacking the mysteries just dishing a bit. Alas we stayed pretty personal to the experiences of the actors, which makes sense. We learned what it’s like to record the iconic musical numbers and Rebecca played Uke while we heard them sing “It’s Over, Isn’t It.” It was beautiful.

Most of the time we don’t get excited about the Q&A sections of panels because it is usually a bunch of intense fans who geek out and ask questions that are a waste of air. Not this time. First everyone had to give props every time they were at the mic, cuz it’s Steven Universe this show changes lives, that is not a joke. But each question gave insight into the making of the show, what the actors bring to their roles, and even quirky things to know. For example one fan was a young kid says they keep a mental journal of every famous person they meet’s favorite cheese, so we got to hear each character’s favorite cheese! Brie, Gouda, Munster, Provolone, and Steven! He’s lactose intolerant, LOL. but being from St. Louis he raved about a cheese apparently only known to St. Louis.

Other than that the questions that stood out to me were about how Rebecca Sugar creates this world and the intricate storylines. She explained it is all charts and timelines. She creates color-coded charts with shapes and timelines of the stories and how they connect throughout a season. She said they are so complicated and only she can read them. I think she is a genius. To see her sitting up on the panel, and to feel what she feels must be amazing, she brought a whole world to life. Characters the ran around her mind are real and I can’t imagine what it must feel like to have what you created surround you and grow outside of you. 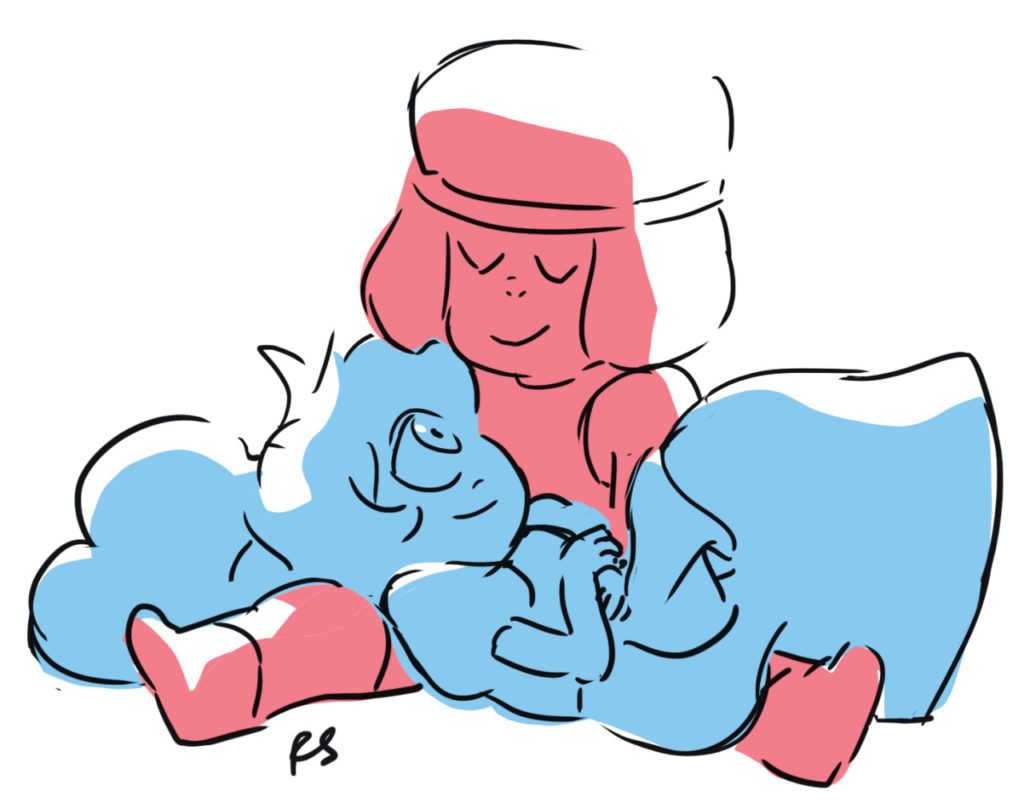 The last question was the perfect cap to the session. A sociology Ph.D scholar asked in a long-winded but poised way about the presence of gender fluidity and relationships within the world of Steven Universe — whether it was a conscious choice to address these issues because they should be addressed in children’s television or was it included because that is who Rebecca Sugar is as a person. Beautifully put, and I was so happy Rebecca answered with “both.” She said “I wanted it to be a reflection of me and my relationship with my brother. I’d like to be able to connect with people and trust people the way I do with my brother.”

She has an honest true and strong connection with her younger brother that inspired and developed the Universe and her brothers name is… Steven! 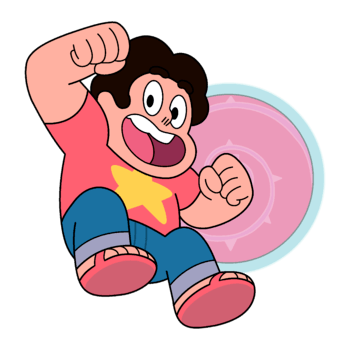 It is fantastic to see a world in which relationships, gender, and love are spoken about in the most honest form and children can see this as just… life. There is no negative stereotype or hate involved just those who try to keep you from being freely yourself and the fight to protect that and the ones you love. I already sang you my praises Rebecca so, I hope you got my Open Letter.

On the other end of the panel topics the panelist were so adamant in not alluding to any information about the coming episodes or storylines. Sugar apologized a few times that she really can’t give any spoilers for the future. C’mon we all need to know – what is happening next??!! And the question everyone has – When is Steven Universe coming back?!
They even teased us with a sound bite promo for the return of the…podcast. I’m sure listeners are excited but my heart is in utter anticipation for the next episodes of this gemstastic journey. They revealed new episodes of Steven Universe will air this winter, real vague and secret like. Well winter is coming… and as much as I hate the cold, I just wanna snuggle up with a hot cider and the warm TV glow of the crystal gems. 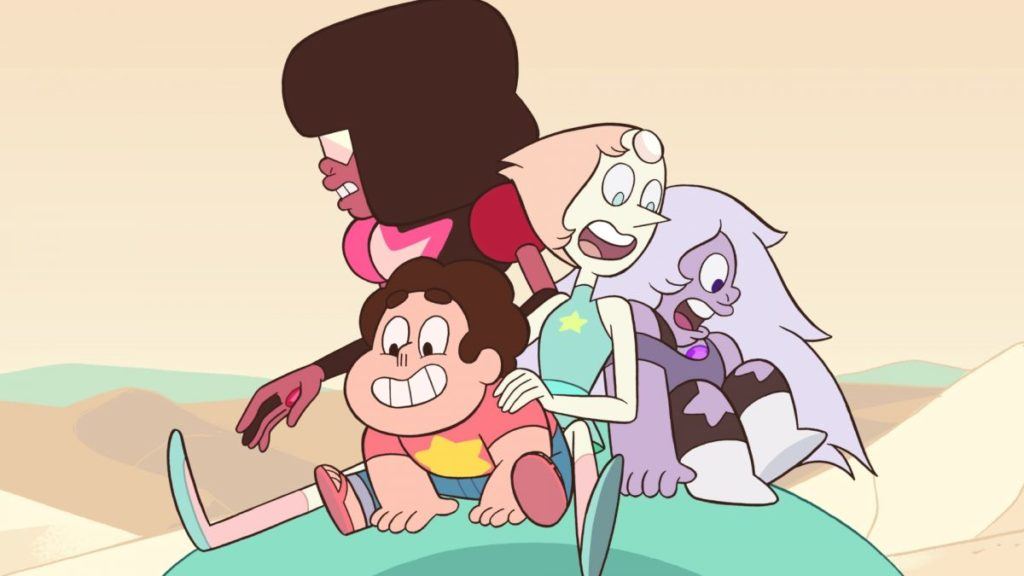