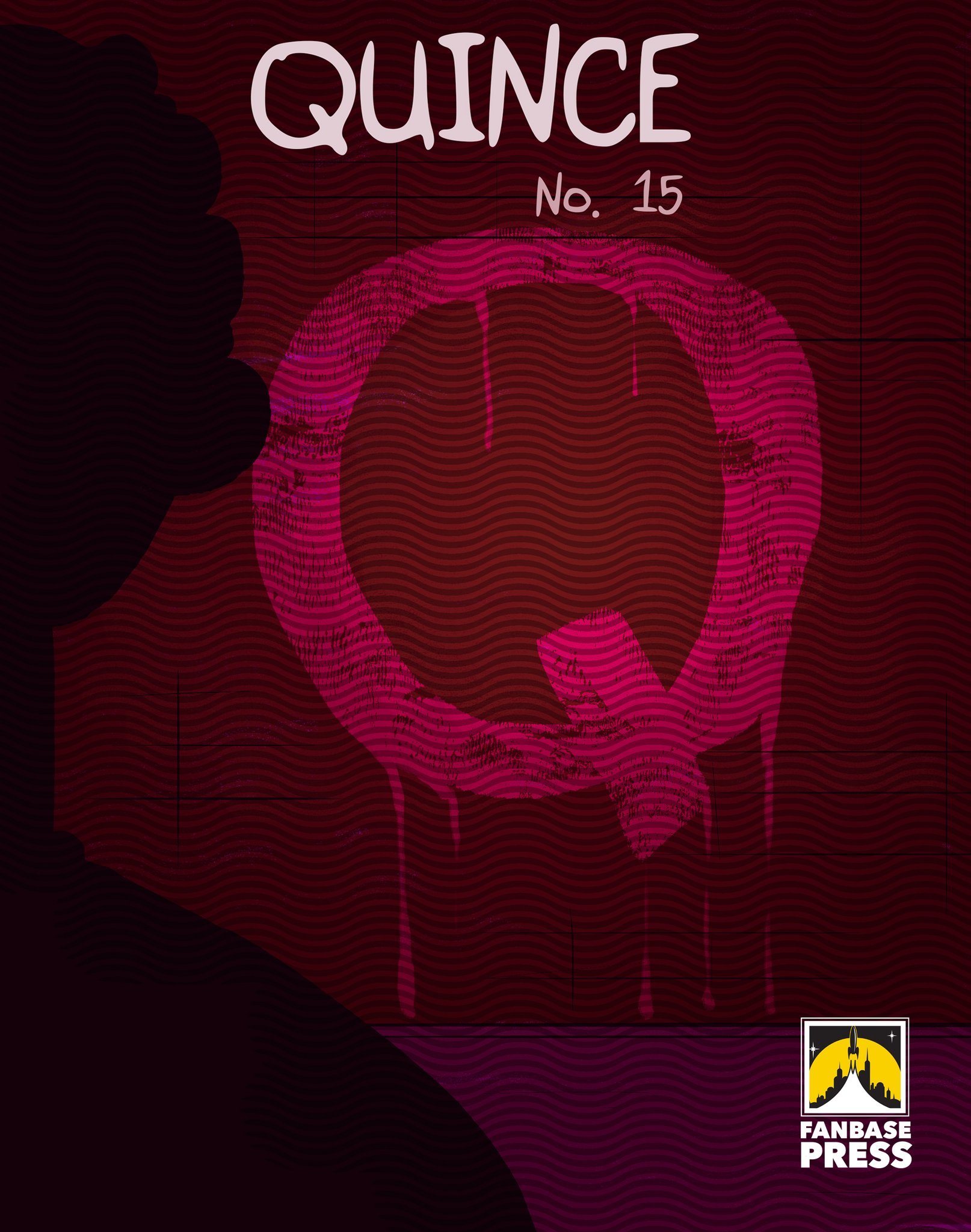 The Quince creative team started this journey way back in January 2017 (I joined a little later around the third issue) and now this series has come to a close with its fifteenth and final issue. What can I say to prepare myself for this review? Quince has been one of my favorite comics of 2017. I don’t have to elaborate on what a trash year 2017 has been yet comics have been a refuge this year for me. Lupe’s adventures and trials have also served as not just escapism but a wonderful inspiration each and every issue I tuned in for.

Last issue, which saw our girl lose the last of her superpowers by saving Abulela from death’s door and choosing to go after Garrett for whatever kind of last stand he had planned on top of the town’s clock tower. Things took a dark turn when Garrett looked down from up high and monologued on how maybe he’s ready to end it all, end himself and/or Lupe included. Oh! Yikes! This is where things get serious. Lupe is without her superpowers and is falling to her death, fam 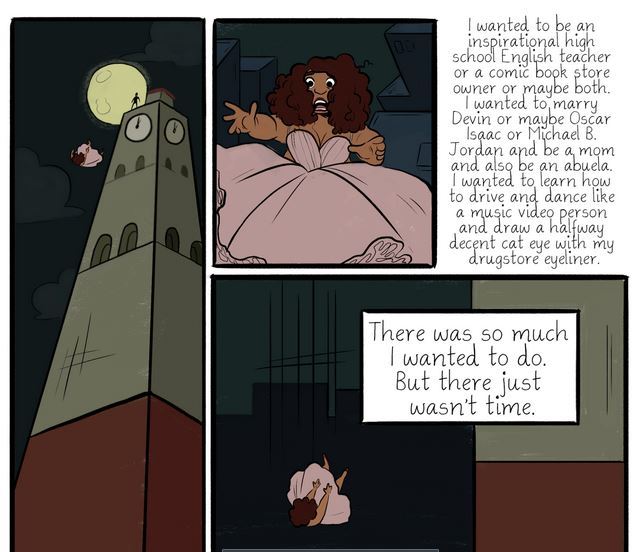 You know what happens next? Was I surprised!? Y-E-S! An unlikely save by an unlikely ally by way of the troubled Garrett who was once Q’s arch-nemesis threw me for a loop and directed the writing of the story to a transition time for Lupe: after the superpowers.

There is also really great commentary on mental health as Lupe begets the question “What if you’re not?” (beyond help that is, when he asks her about the possibility if he is) Which isn’t a taboo topic in comics, yet, it’s one that gets glossed over fairly well with many of our beloved characters not seeking the help they need and even characters not thinking they deserve the help they need. (Also, see folks in comics going out and committing atrocious actions because of issues that weren’t paid attention to and/support systems not in place for those folks…) Sometimes we need someone to pull us off proverbial ledges when we’re looking down into darkness and can’t see a way out. Other times while we’re working through what plagues us just having someone there who is encouraging us to keep taking steps forward to progress also helps. I know you’ve heard the expression “Not all heroes wear capes” and how true it is when you sit and count all the people in your life who on the surface we may see as ordinary but yet do the most extraordinary things in helping and enriching the lives of others.

Lupe and Garrett see more of each other as time goes on and things get back to normal for these two teenagers. Perhaps some readers were expecting some long, drawn out, dark and depressing Superman Vs. Batman showdown between these two but I wasn’t. Nor did I want it. This strikes me as way more realistic and actually seeks to help wrap up what you could still chalk up to being Lupe’s last actions as a “hero” or her “superhero” persona.

Speaking of Lupe and her hero persona–granted she’s without her powers I’d argue this issue and the last issue were very much about her strength regardless of having been finally depowered. Last issue I asked, “Who you were before the powers or who you are when the powers don’t enhance your life?” The writing shifts again to show us a Lupe trying to figure out her life after 15 anos, after Q, after the powers, and it still rings true as a story to relate to: these are growing pains. This is a transition period. This is still very much growing up to do. This is a hero, a fictional character we can all read and imagine ourselves in her shoes.

This final issue ends on a near-perfect note with Lupe struggling to find what’s next for her, finding that first step and not stopping. Too often in superhero stories, heroes are self-defeated when they can’t do what they love anymore or do what they’ve branded themselves to be. There is life after the work, surely. There is work to do after the costume comes off. Even if the costume is to be hung up forever. The writing doesn’t gloss over the awkward uncomfortable feelings of not being sure and feeling like none of it all makes no sense. The writing also took care to place an emphasis on not locking yourself away and counting yourself out when you’re grieving and feel hopeless which is super important for the YA audience today.

I would have loved to see more of Abuela this issue as she felt like just an afterthought on one of the last pages. Especially since she was so written so well as the mentor throughout this run (the heartfelt moment at the hospital where Lupe gave the last of her powers to ensure Abuela’s life as she was withering away was top tier panels) The art has always been fun and colorful throughout this series with diverse faces and bodies to be found everywhere.

Lupe herself has been a fully fleshed out character with her curves and quirks and that lovable charm that has made her a companion this year that I wouldn’t want to be without. Thank you so much Sebastian Kadlecik for first imagining Lupe up and following through with finding Kit and Emma to plan out the universe in which she would live in and be a hero in. You’ve all done a fantastic job in making a comic that is as dear to my heart as my 15-year-old self would have loved to read.

#GPRepost,#reposter,#notetag @fanbasepress via @RepostApp ======> @fanbasepress:EXCITING NEWS! The collected English-language trade paperback of Quince is now available in print from Fanbase Press! Purchase your copy to follow a year in the life of Lupe, a 15-year-old girl who discovers that her quinceañera brings with it a super cool party . . . and superpowers. http://fanboycomics.ecrater.com/p/25558197/quince-trade-paperback #Quince #FanbasePress #CreatingFandoms #quincesuperhero #quinceañera #comics #comicbooks #tradepaperback #graphicnovel #supportcomics #nowavailable #thefanbase #latinx #latinxsuperhero #superhero