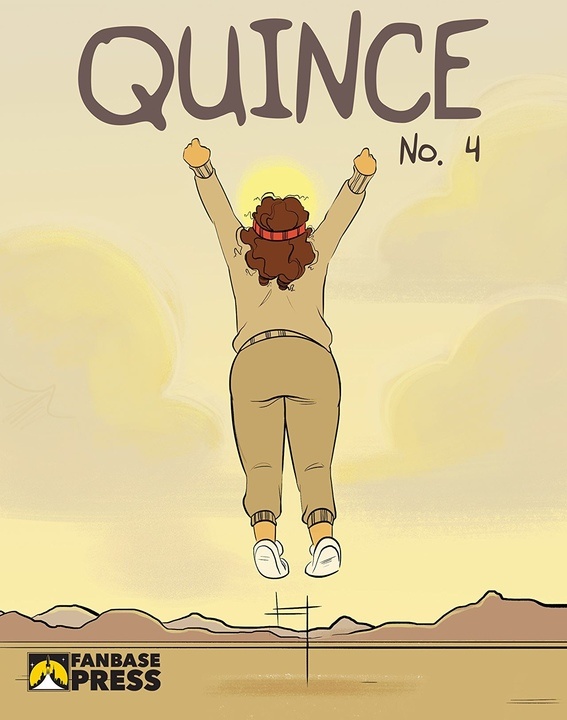 [divider type=”space_thin”]If you missed me waxing poetically about this new series from Fan Base Comics about Lupe, the girl who finds herself with super powers the night of her Quinceanera, read about that here.

Abuela is the beloved mentor/guardian figure of our newly christened with powers Lupe and she keeps with the motivation and one liners. I. LOVE. ABUELA. She stays on her grand daughter to cut no corners and stay at it: reminding her this isn’t all the glam, glitz and costumes–it’s about putting in the work. Anything you want to improve and be great at takes time and training. There are no shortcuts. 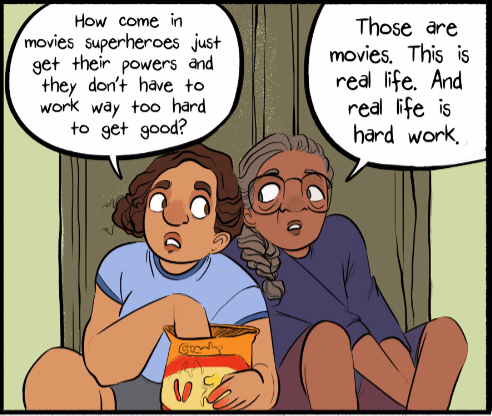 What I love about Quince? It almost feels familiar in a way. Stripped down but not uninteresting. It’s a very down to earth superhero story without the overwhelming masculinity, unneeded giant crossover events and questionable variant art covers of female characters. (Saying No Names here, fam.) Quince feels like home in a sense. It’s relatable. It’s enjoyable. It has its funny moments. This issue of training *cue the training montage music* could come across as mundane but it’s not: it’s realistic as all heck and never comes off as boring. 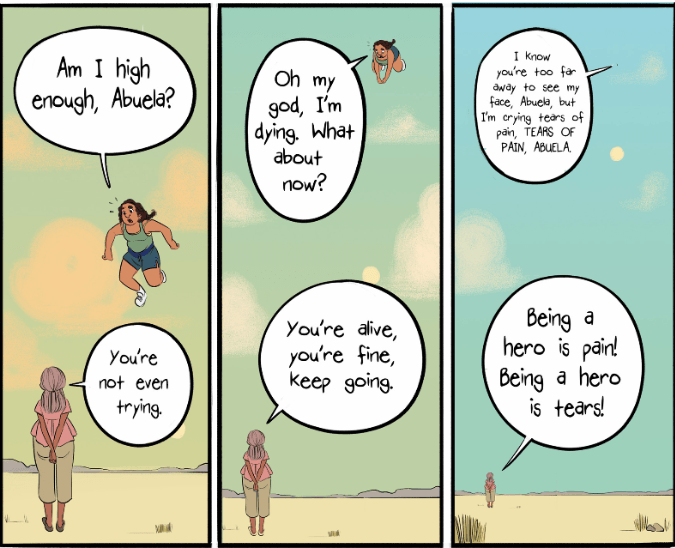 My serious one complaint of the series is that each issue is just too short! Compared to the traditional 20-something page format, each issue so far has been no longer than eleven or twelve pages. It’s as if you’re simply getting a taste but never fear, in total there will be fifteen issues—in the theme of a Quinceanera, fifteen anos, becoming fifteen years old, which I love. Every issue has been released on the 15th of every month via ComiXology with it’s first issue on January 15, 2017. LOOK, I’m feeling it. It is on brand AF. I’m here for it.

Purchase this issue of Quince here.