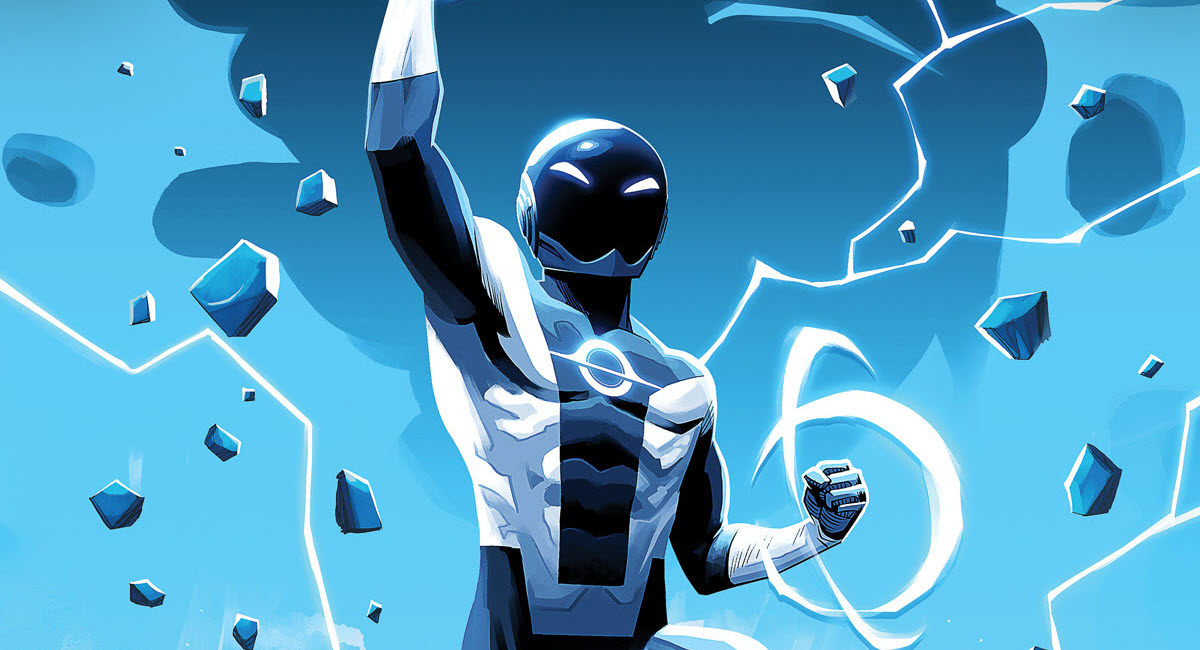 Seriously, y’all…we should really be paying attention to Radiant Black. Image Comics has been making the rounds in the past decade or so, rebranding as a mainstream launching pad for indie titles, many of which have gone on to become new classics or get optioned for movie/tv deals. So, it was really only a matter of time before they wanted to stake their claim again in the superhero genre as it has become a cornerstone in modern day Hollywood.

We’ve seen superheroes team up, inspire and even break the fourth wall a la Bugs Bunny. And for the most part, it’s been a lucrative venture. But it’s time for heroes to start breaking the molds again and subverting the status quo. The Invincible animated series is a pretty good retelling of Robert Kirkman’s epic comic saga, but certain parts are clearly dated and can’t get around the Walking Dead writer’s storytelling flaws. Watchmen’s resurgence on and off screen has been welcome, but the various retcons and time jumps are a reminder that Alan Moore’s work hasn’t all aged well in terms of race and gender politics. All of this isn’t necessarily to imply that Radiant Black has taken the throne as Invincible’s successor in a mere ten issues, but it’s been long enough since a comic of its ilk came along that it deserves to be watched.

In fact, Radiant Black reads more like Invincible‘s descendant, breaking Kirkman’s generational curses, improving upon the predecessor through risky narratives. Instead of the “son improving upon the father” trope, Kyle Higgins rips apart the “chosen one” narrative with his tale of a down on his luck writer discovering a mysterious power source that allows him to access a suit of great, otherworldly power. Now, I’m supposed to explain to you how this guy uses his unique imagination and boundless optimism to master his powers and ascend to greatness, but he gets his ass kicked and ends up comatose. And with the power passing onto his equally unlucky but ambitious-to-a-fault best friend Marshall, our hero (whether we like it or not) discovers that he’s not the only one out there and that his world is about to get bigger than he’d imagined.

Radiant Black takes the “irreverent superhero” genre and delivers a swift, much-needed kick to its nethers with a hero that is hard to like even at his most relatable. And make no mistake, his frustrations are understandable at times. Whereas Mark, the main character in Invincible, starts out searching for his own greatness instead of settling for the shadow of his father’s….Marshall is a Millennial just searching for some sense of purpose and dignity. He’s very aware he’s not living up to his potential, but he’s just as aware of that partially being because of the way the world is. As the story goes on and we learn more about this guy, Higgins (perhaps unknowingly) taps into a frustration shared by many real people left in the pandemic’s wake. And yet, though he isn’t exactly giving us T’Challa levels of virtue, he ultimately seems driven by his need to do right by his friend’s good name when he could be using his newfound secret identity to run up the price of Bitcoin or sell Pop dolls.

The book’s total worth is yet to be seen, but from what we’ve been given to work with in a mere ten issues, it’s setting itself up to be the standard bearer of this generation’s “hero’s burden.” Superhero comics are the modern-day fables and myths of the western world, the funhouse mirror image of what our world would look like guided by unlimited hope and imagination….and so far, Radiant Black is a fable speaking up for its time.