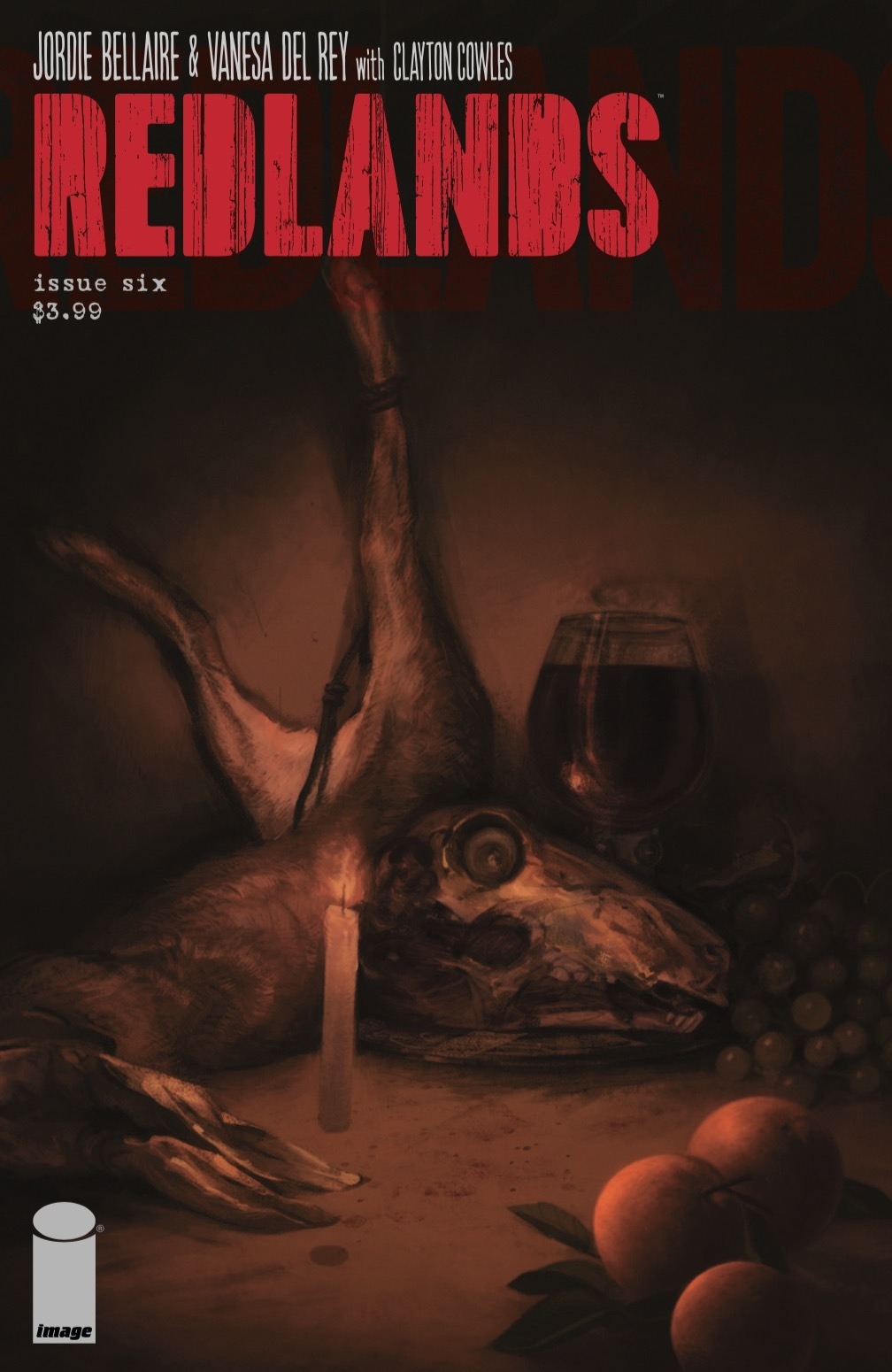 Finding ourselves at Sparkletown is enough to twist even the strongest stomachs when you open Redlands #6. We revisit Nancy, a 16-year old at the time and involuntarily working at the brothel where her father left her. The scene is appropriately cringeworthy, enough so that you get a small taste of the pain, fear, and anger any woman must have felt working there. The issue as a whole captures not only the trauma of forced sex work, but a small glimpse of the experience that most women have experienced to some degree throughout their lives, treated as a thing less than human.

Fast forward to present day and we follow Nancy, now living as Bridget who loaned Nancy her body, back at Sparkletown to revisit old demons. She’s looking for answers, and straight from the jump you feel fear that this might be a losing quest for Nancy to find peace, or a revenge mission where she finds some — at least a bit — through catharsis. Sadness or anger, those are the options. Thankfully, Redlands veers where it has since its first issue when the series began last year, and takes the road toward anger. 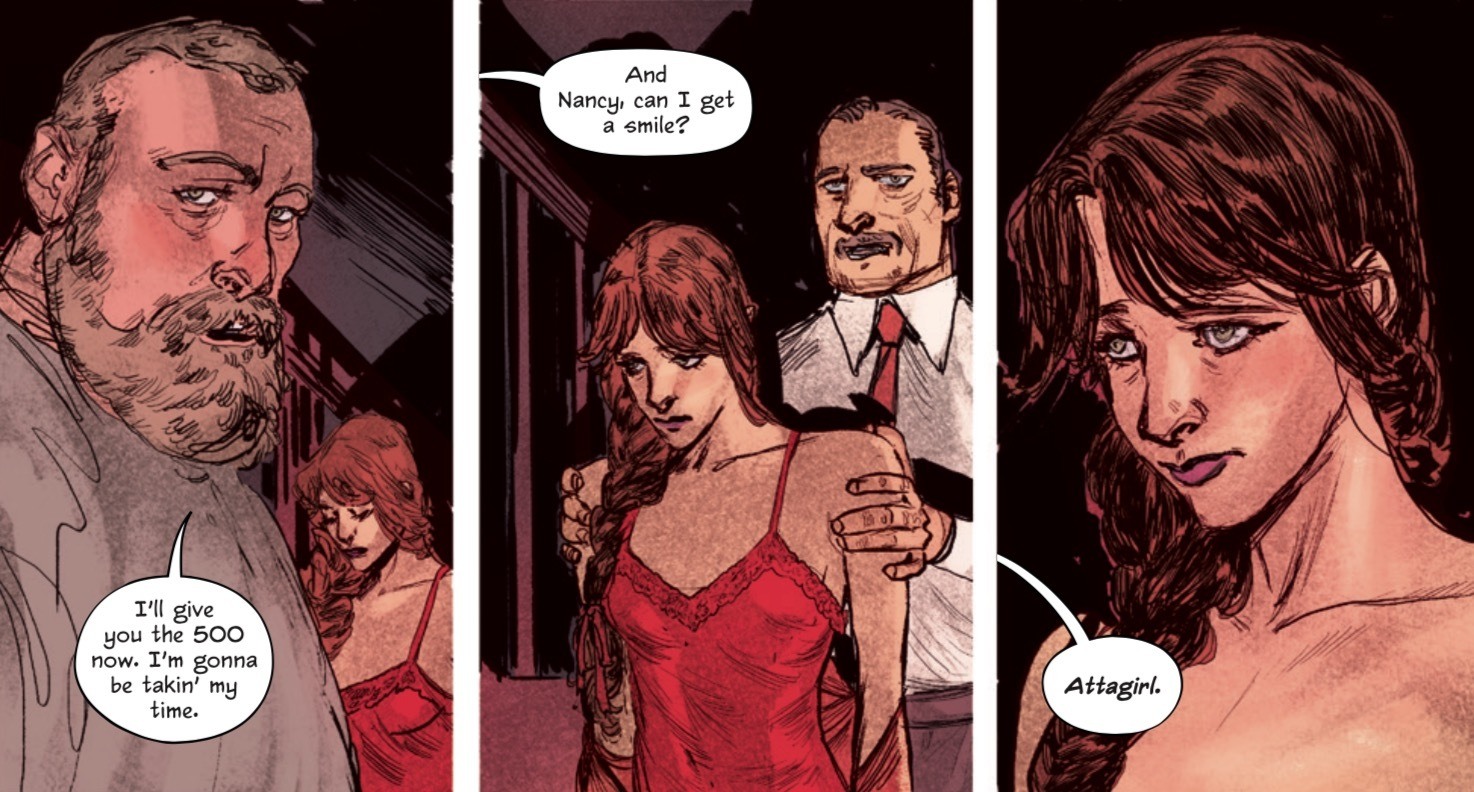 Another emotional powerhouse of an issue, Redlands #6 captures the anger you feel for Nancy and turns it into our dark fantasy for justice, a retribution paid through anger and a catharsis of long-suppressed emotion. Artistically, the panel layout takes new form at the issue’s climax, and rarely seen diagonal panels track Nancy after the long buildup that leads to confrontation. The confrontation becomes a symbol for all the confrontations we would hope to come. The pacing keeps you at the edge of your seat, much how this series always has, capping an appropriately strong and emotional ending to the first arc of this book.

It’s a surprise to see the story focus itself here on Nancy for a finale without Ro and Alice — or even genuinely Bridget, for that matter — but you will not be disappointed that it did. Quite the contrary, it broadens the world of Redlands even further, and makes you look forward to when the series returns later this year to keep going. This series will be crazy popular, be glad you jumped on now.