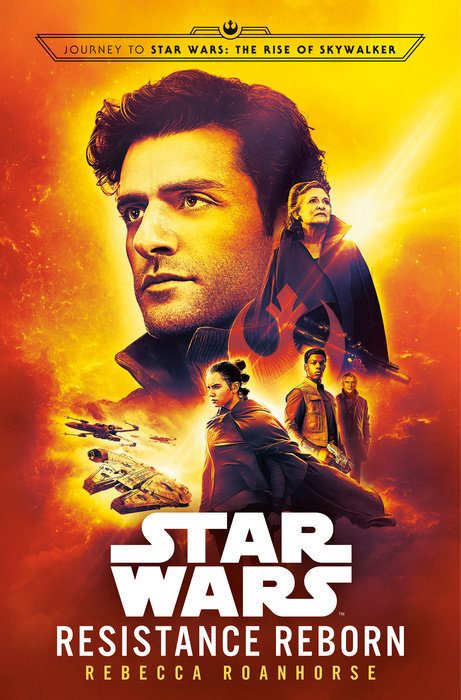 It is, all around, a Star Wars season at my house. Disney+ has me finally watching Rebels. Baby Yoda and The Mandalorian are the meme faves of my social media threads. I even snagged a Lego Star Wars Advent Calendar this year. All this of course is leading up to the main event: Star Wars: The Rise of Skywalker coming out December 20th. As I’ve said elsewhere, I’m lukewarm on the last movie of the Skywalker Saga (please let it be the last movie in the Skywalker Saga), while being utterly hooked on the supporting fiction. The latest — Star Wars: Resistance Reborn — came out at the end of October. Written by award-winning author Rebecca Roanhorse, Resistance Reborn deeply develops characters you thought you knew, while introducing new faces I hope to see in the movie and beyond.

Dark Days for the Resistance 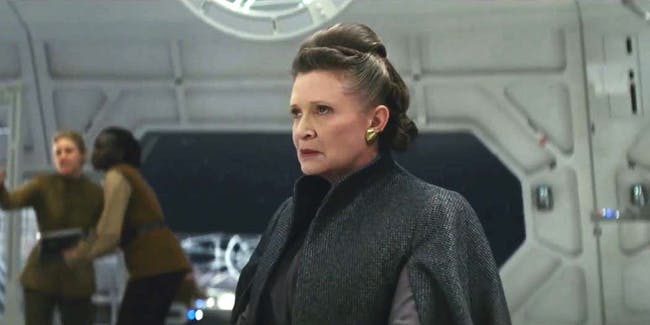 The Hosnian Cataclysm destroyed the New Republic. Then the Battle of Crait hollowed out the Resistance, leaving them with only General Organa as a leader and the Millenium Falcon as the flagship. With the First Order tightening their control over planet after planet, what comes next?

Everyone is carrying their scars in Resistance Reborn. Organa is tired and out of ideas. Poe is guilt ridden over his mutiny. Finn and Rey are loose ends, wanting to help, but not having the experience or contacts needed to be effective. From this fragile beginning, perhaps because of the humanity of it, Roanhorse crafts a feisty space adventure that balances multiple threads with ease.

Organa must reach out and rely on others, letting them be leaders even as everyone looks to her as their spark of hope in the darkness. Her age really shines through here. She spends at least as much of the book deep in memories of people that are dead as she does directing the Resistance. But even with that, she remains a formidable presence. A few words from her are enough to turn any conversation. Her status as matriarch is unmatched.

Interestingly, much of the rest of the plot revolves around Poe. He has a lot to atone for, after all. He feels (justifiably) responsible for the losses at Crait and his redemption arc in the novel is satisfying and fitting. In an ensemble cast, this is Poe’s story. Rey spends most of the novel hovering over Organa. Finn is solidly Poe’s sidekick. The two have a comfortable relationship with Poe teaching Finn how to tie a tie — which is sitcom shorthand for “We’re brothers now.” (Unless you’re a FinnPoe shipper, in which case…there you are.) 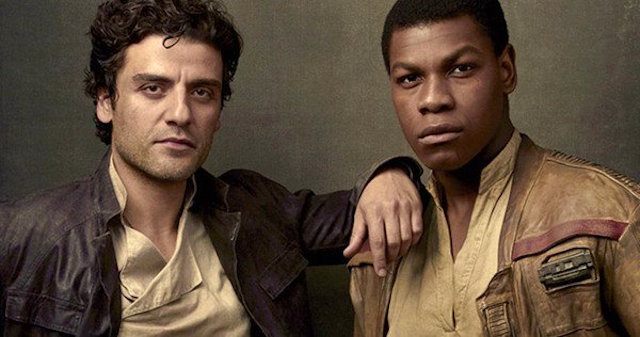 With Finn and Rey’s roles small, there’s plenty of room for other characters to be featured. Wedge Antilles comes out of retirement with his wife, retired spy, Norra. Norra’s son Snap is as good of a pilot as Wedge was and together with Kare, Snap’s wife, the foursome have a good rapport, even if it is strained by the kind of history of abandonment and pain that lifetimes of war will often bring.

There are former Imperials, hot-head pilots, old-head strategists…enough folks to fill a hanger bay. Necessarily it is a mis-matched bunch, which gives Roanhorse all the room she needs to include a wide variety of humanoids of different colors, genders, and opinions. It is the kind of diversity that I’ve gotten used to seeing in the Star Wars novels, to their credit. Each of these characters gets a moment to shine and prove their value to the Resistance.

The Road to Rise of Skywalker 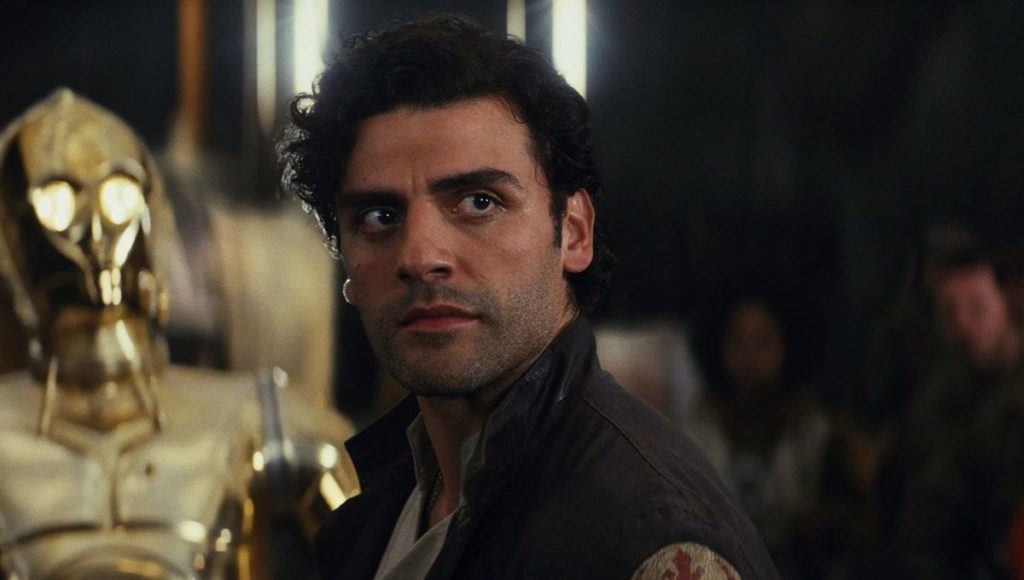 After all the character introductions and world set-up are complete, which happens with surprising speed and ease under Roanhorse’s clear prose, the plot is afoot. There are Resistance fighters and leaders being held by the First Order. Gotta free them. And there’s a hit list of folks the First Order plans to kidnap. Need to get that. Oh, and the Resistance has 1 ship and 37 pilots, so they need some ships. Put that on the list.

All of those things require tangling with The First Order, a military force so brutal that people who served under Darth Vader are like, “Nah…” The book brings us two examples of First Order vileness, one in Winshur Bratt and the other in Colonel Genial. Bratt is the most easily hate-able kind of bureaucrat, one who enjoys having control over others, without any reference to morality. He doesn’t believe in anything. He’s an accountant who is part of the First Order because the First Order lets him feel superior to others, even as his military superiors look down their noses at him. The Nazi analogy, already writ large in the Star Wars mythos, finds its home in Bratt. His military superior, in this case, is Genial — which even Bratt notices is deeply ironic. If Bratt is sniveling and cruel, Genial is brutal and cruel. Together they must be handled by Poe and his various bands of fighters.

We do meet a new non-aligned group — The Collective in Resistance Reborn. Like The Gatherers from Black Spire Outpost, The Collective has their own goals they are pursuing with interesting results. I’m fascinated by these organizations scattered throughout the galaxy and want to see more of them.

That’s the first line of Rebecca Roanhorse’s Acknowledgements at the back of the book. It always bears repeating Del Rey and the keepers of the canon for Star Wars have made genuine efforts to recruit the most talented, inclusive group of SF writers out there to pen these books and it shows. And it matters. Because when you hire diversely to write your canon, you get diverse canon that is gritty, and funny, and genuine — reflective of the huge possibilities of the Star Wars galaxy.

And that’s what Resistance Reborn is — gritty, funny, and genuine. The inevitable speeches about hope and victory are inspiring. Organa’s role as the aging matriarch feels so very good to this old Leia fan. But we also get lots of new faces to get attached to and new directions the saga can go, once the story of the Skywalkers is finally done. Instead of one hero, or even the three you expect (Poe, Rey, and Finn) Roanhorse gives us an entire cast full of them. As the official lead-in to the movie, maybe I’ll let myself get a little excited now. If the movie disappoints, clearly the Star Wars novels won’t.

Arrived in the mail yesterday, going in the commute bag today. *** RESISTANCE REBORN, the new Star Wars book from Award Winning writer, Rebecca Roanhorse is out now. Following the narrow escape from Crait, the Resistance is a mess–4 ships, 5 pilots, and only beloved Leia Organa to lead them. Will Poe step up? Will Finn get his due? Will Rey live up to her promise? All those answers probably aren't in this book — it is a lead up to the movie, after all — but so far there are plenty of character moments in the book and some insights as well. Plus, Roanhorse's work is as good as you've heard. I have a feeling I'll finish this one in a mad dash tonight after the kid is in bed. #StarWars #BNPLit #Bookstagram #starwarsnovels #wocauthor