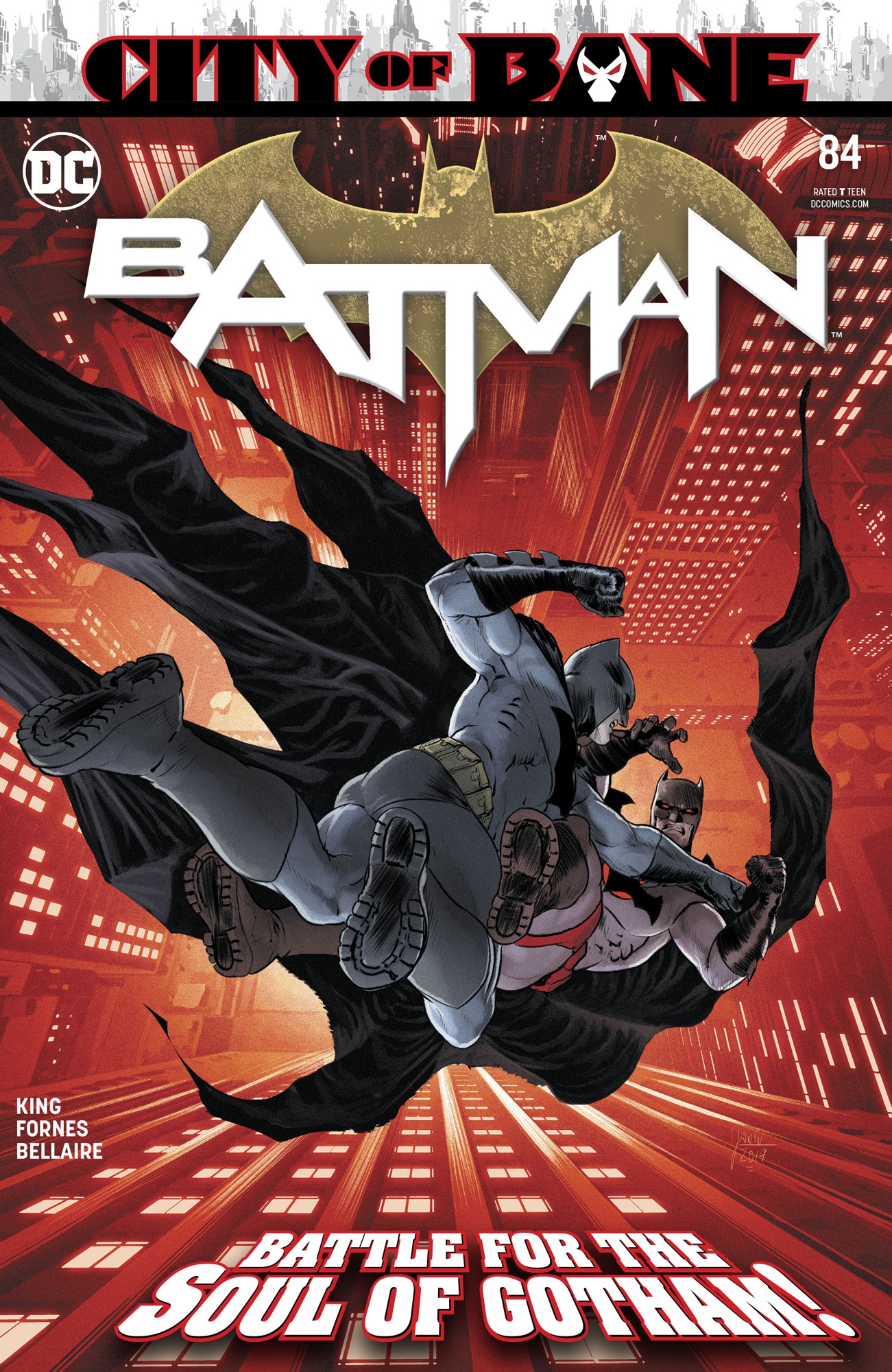 Can you be Batman and be happy?

This has been the lingering, central question to the entirety of King’s run on Batman. From the very first time we saw Batman meditate on what a good death would be while wrangling a plane to the ground, it has been the singular concept connected King’s one hundred issue arc. We are a little less than 90% through the grand design between 84 issues of the mainline title and a few annuals here and there. The resolution of King’s vision won’t be realized until the 12 issue maxi-series The Bat and the Cat wraps up whatever thread are left when “City of Bane” wraps up.

This is King’s penultimate issue on the mainline Batman title. This is part 10 of the City of Bane arc. And King is really determined to show that Flashpoint Batman a.k.a. Thomas Wayne is very much incapable of being both Batman and happy at the same time. Told in a pseudo-linear fashion, each page is prefaced by the single sentence “Earlier.” as King covers the entire backstory of Thomas Wayne in reverse. I imagine it would be a little bit disorienting at first read especially if you’re not already familiar with the Flashpoint mythos, although if you’ve been following Batman for this long, you probably have enough of a primer. My main tripping point didn’t really come up until near the end of the issue, and that’s largely because King got a little too clever with his parallelism and callback although it was a neat story telling trick. 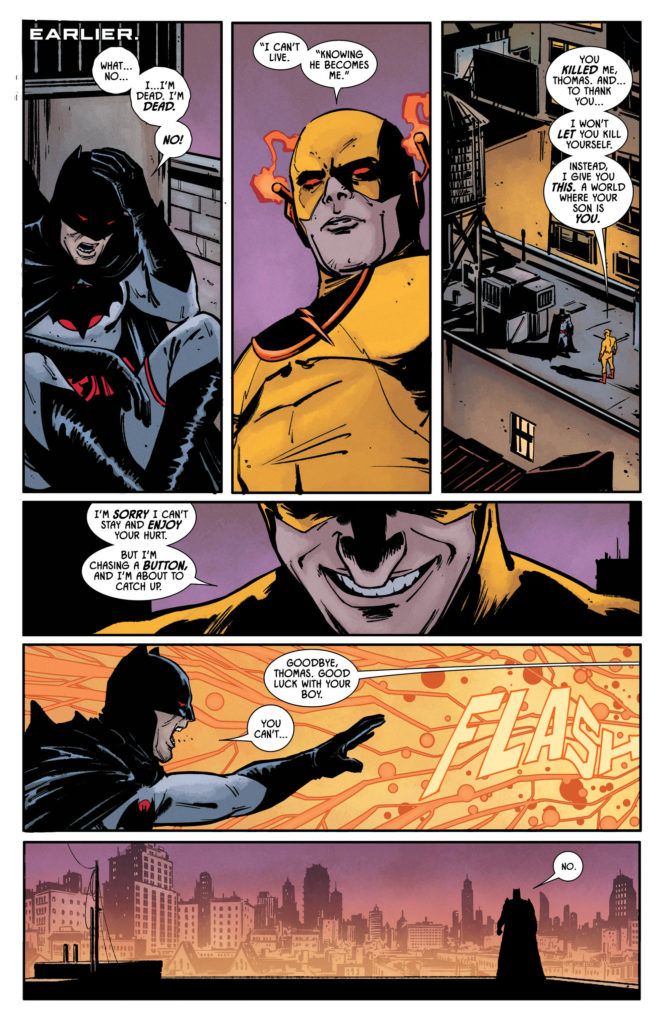 Batman #84 shares a lot of similarities with a different story that King worked on this year, Heroes in Crisis #8: a single character driven issue meant to re-contextualize all of the prior issues that came before it to stage the grand finale. This type of major refactoring of the knowns and unknowns works for the most part, but Batman #84 touches several years of Bat mythos to sell the motivation of Thomas Wayne’s campaign and situate himself as the true antagonist of the “City of Bane” arc. And I think it mostly gets us there, but the way the story unfolds feels oddly paced and the stage set for the final confrontation feels a little underwhelming even with the injection of pathos.

To the book’s credit, Janin’s artwork is absolutely stellar and, alongside Jordie Bellaire’s colors, manages to sell all of the big moments. The montage of flashbacks looks incredible and captures the sadness and anger that is at the core of Thomas Wayne. And the construction of each page does work if you look at each vignette independently. King excels at these snappy 1-2 punches, these focused pinpoint analyses of characters at defined moments. The problem arises that these moments are collected and compiled and exist within a much larger framework that doesn’t quite work within your typical 20-pages within the hundred of pages preceding it and the hundreds of pages yet to come.

And I think that’s the crux of my critique: while they are moments I do enjoy, the overall direction seems a little wonky and something that can’t really be overlooked with the conclusion around the corner (which despite my fatigue, I will dutifully read).