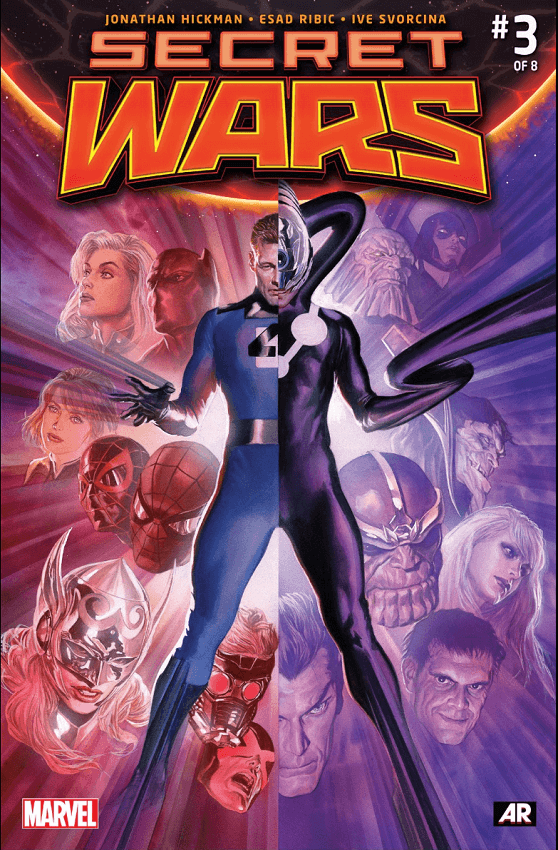 It’s not a fair comparison. It’s really not. And I probably shouldn’t make it. But I’ll just say, if you are a major comic book publisher that is using a big crossover event to blow up your respective universe and start anew, there’s an unspectacular way to do it, then there’s the way Jonathan Hickman is doing it with Marvel. Make no mistake, this issue isn’t perfect, and of the three so far Issue #2 was probably the best, but it is fascinating what is happening in Secret Wars so far. This issue was mostly talk — actually, all talk as there was no action to be found (barely even flying) — but it broadened the perspective of everyone and everything involved. We’ve seen some vulnerability from Doom before, but this is a unique take, one where Doom believes he is the only fault in his perfect world. Which is hilarious and so very, very Doom. His talk with Strange and learning more about how things went down at the end of the world is fascinating and surely something that will come up again as Strange speaks openly on how he “passed” on being God. 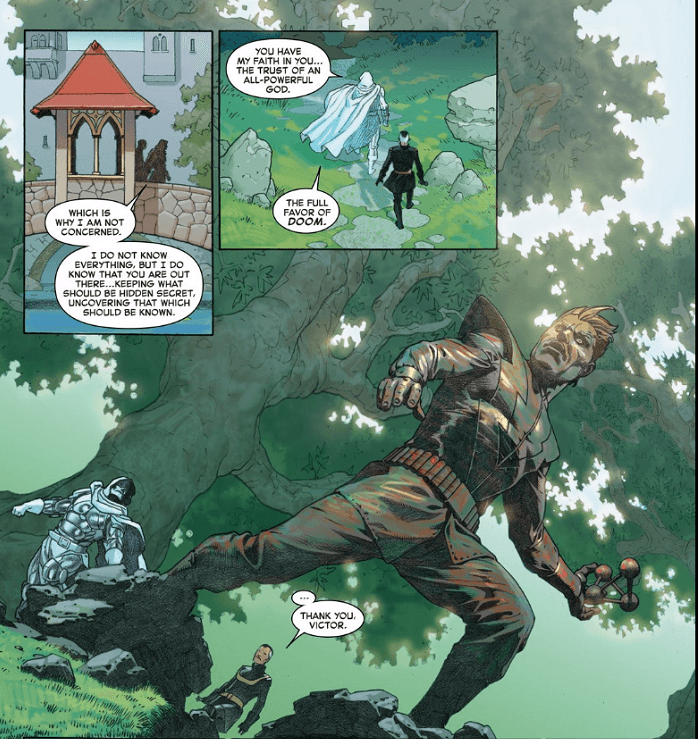 The Doom stuff with both Strange and Sue is great, but the momentum of the issue lies in following up with the Cabal crashing on the planet and then killing a Thor in its escape from last issue. This leads to multiple revelations such as who the Cabal’s unwitting stowaway was and the secret that Strange has been keeping from everyone for years. It’s all done very well, as the reveals are very logical and still surprising when they come.

If there is a fault with this issue, it’s that the art is inconsistent and not at the top of its game. Ribic does very well, with broad scenes, open spaces, and even character movement and modeling; the faces lack sharpness though, and in a such a dialogue-heavy issue with profiles on the emotion behind each conversation, that’s a big deal.

Ok, so no action and the art is a bit inconsistent. Weak issue? Naw, not at all. It’s not perfect, but it’s Hickman at his exploratory best when he can expand the world by the grandeur at which his characters speak.