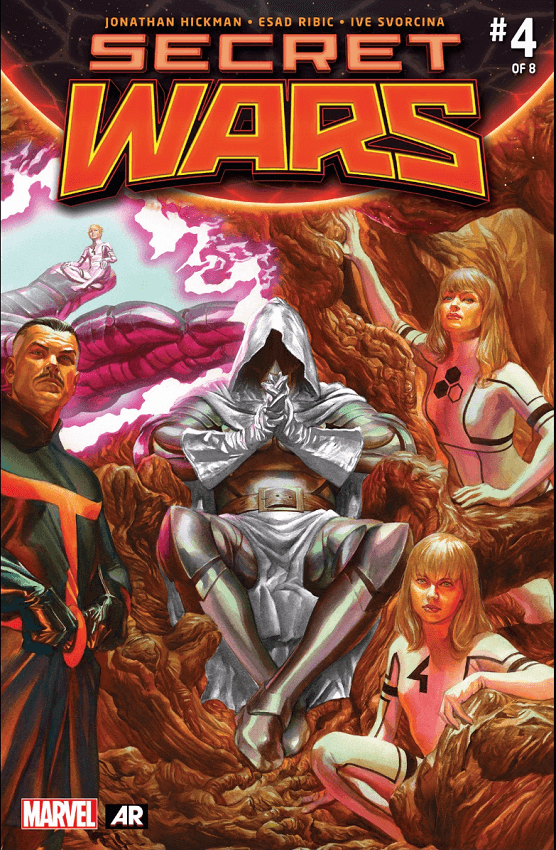 Remember back in issue #3 where Doom was all vulnerable and exposed and experienced some self doubt and shit? Yeah, over for that shit, fam. In case you were wondering if Doom was actually a “God” and actually has omnipotent powers, well, this issue answered it in a big way. Actually, a few people got moments to shine as it balanced a few different plot threads coming together in a successful fashion. What starts with Stephen informing the squad from 616 (and Miles), the Thors battling against the Cabal and Doom in his court with Reeds family all converge on each other in a satisfying way. 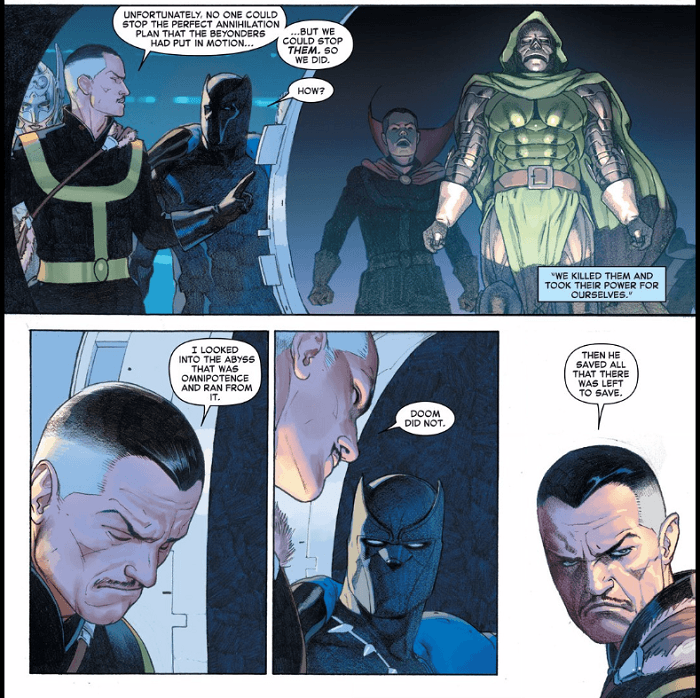 [divider type=”space_thin”]
Surprising enough, the battles that forge are mostly background as Valeria predicts its outcome and Susan has some faint twitch that she finds something familiar about the man in blue with the stretchy arms. Hickman has built up this world and Doom appropriately, where we don’t know what he fears more: losing control of his world, or losing the family that he basically stole from Reed Richards. There is high drama with spoilers aplenty I won’t get in to once Doom arrives on the scene, but it’s nice to see some huge game changing moments happen only halfway through this run. 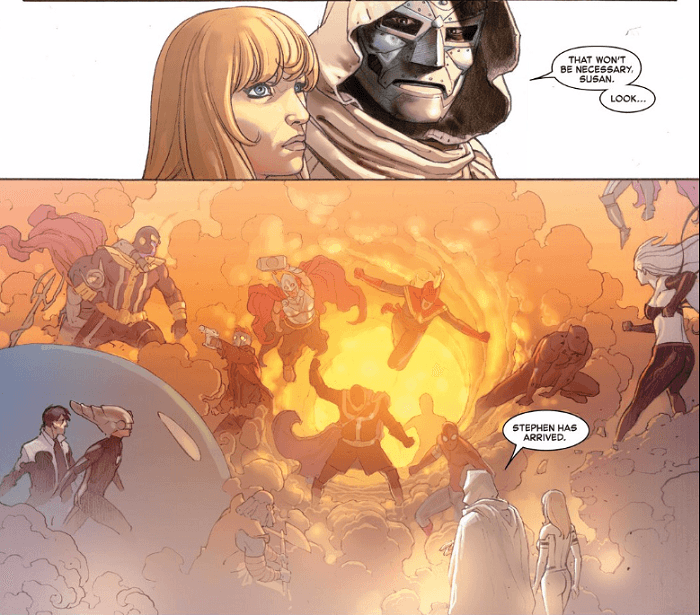 [divider type=”space_thin”]
If Issue #2 was the high watermark and #1 was the low point, this issue falls right in the middle for Ribic’s art. The large, sweeping battlefield and landscapes are done well, but often the faces still just don’t feel write in parts, though there are less close ups on the face in general this issue. The lines in general are done softly, which works well when Doom and Susan are staring into a hazy vision of the battlefield, but less so when projectiles and tridents are being swung. It’s not bad by any means, just not the strongest this series has seen so far.

Overall, another, very good installment of Secret Wars and another revelation that really has a “what the hell is going to happen next” momentum to it. This could be one of the better crossovers we’ve seen in a while and the story hasn’t slowed down any.