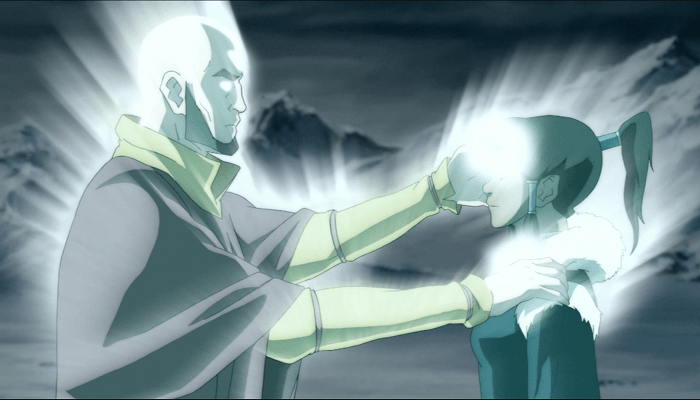 When I began to watch Avatar: The Last Airbender on Nickelodeon, the series had already concluded and the word of mouth about the series had become so strong, that I bought the first season sight unseen so that my wife and I could binge watch. Of course, we loved it so much, that I got the remaining two seasons in quick succession. I’m going to state what you already know if you’re reading this: Nickelodeon’s original animated series was groundbreaking. It managed to build a compelling world with content aimed at a younger audience, but with themes and ideologies that were largely accepted by adults. Following Aang’s adventure from boy frozen in the ice to becoming the most powerful peacekeeper alive was compelling TV with a ton of plot and character development, a concrete building of the world and very innovative action and abilities.

Then it was announced that there would be a live action movie made of our boy Aang’s adventure(s) as the Avatar in preventing the Fire Nation from world domination. It was an utter and total disaster. You had a better chance of selling kale smoothies and rice cakes in the hood then getting anyone to see The Last Airbender in theaters after it had been out for a week. Like any cult favorite that moves from one medium to another (that typically has a larger possible viewing audience that wasn’t part of the original audience), fans of the show flipped the fuck out. And you know what, in a rare moment of clarity, they were right this time. There were so many problems with the movie that essentially crushed any follow ups or sequels of the source and killed (mercy killed) the directors career. Just ask Carrie McClain, who saw this around her birthday; it was a traumatic time for us all.


[divider type=”space_thin”]
Which is a damn shame, because the source material has incredible adaptability to the big screen…provided it’s done right. The Avatar universe deserves another shot at the big screen. So, let go of your earthly tether to that horrible film in 2010. Unburden yourself from that abomination. Enter the void with ya boy. But there are some things we gotta discuss first my benders…

Harmonic Convergence Starts with Who You Put Behind the Boards:

Let me tell you a story about a boy and his video camera. They had a good eye for photography and cinematic posturing. They studied Alfred Hitchcock. They put out innovative and yet throwback short films while in college. Their big commercial debut was a suspenseful thriller that starred an upcoming youth actor and an already legendary veteran. He put things with the color red at important parts of the film. He followed that up with a modern day superhero film where the same bankable actor and another Hollywood titan starred opposite each other. One an indestructible man, the other, breakable in every way. A very flawed but enjoyable movie. Next, he gave us a movie about aliens, that wasn’t really about aliens and was really good until at the very end, it disappointed by actually being about aliens. Then the wheels came off in his next film that included a closed society that was bait and switched next to a major highway. Then a forgettable film that had something to do with Cate Blanchett and water. Then he gave us a really bad movie that despite it’s title, nothing of consequence happened at all. If your at one time promising stock broker had that kind of streak, you probably wouldn’t want to hand your portfolio over to him at that time.

Well, I’d like to introduce you to M. Night Shyalaman, director of The Last Airbender. 11 years after The Sixth Sense, Shyalaman was no longer the Hitchcock successor he was once thought of, and was basically the dude on his last chance to be thought of as a bankable director and screen writer. The movie was so bad under his watch, that his follow up flop After Earth was basically marketed with his name barely appearing in promotional material. In the early 2000s, all you had to do was say “an M. Night Shyalaman film starring Will Smith and the theater would’ve packed itself. In 2013, they tried to hide his name like Katara smuggling that water bending technique pamphlet in her artic gear. Things were as bad as they’ve ever been.

Well, how do you fix the great M. Night is dark and full of terrors debacle? You probably separate writer and director because so few are able to do both well right now. You break the bank on special effects, but try to use as many real world environments as possible. The scenery in the Avatar-verse could be quite beautiful, so that means that sets need to be built. Yes, it would be expensive. But you know where you don’t go cheap? When you are serving an already large fanbase that spans a huge age and gender demographic when you can at the very least sell it on special effects. Go big or back to Ba Sing Se’s lower ring.

I don’t come to bury Aang, I come to praise Korra:

I’ve made my point clear that I favor Korra over Aang time and time again, but there is a completely functional reason to make the next movie(s) about Korra instead of her predecessor. Lets start with the ready made star. The original vision of the movie starring Aang could only be made as part of a trilogy and anything short of that was going to be a failure. Part of the devotion and fandom around The Last Airbender series was knowing Aang was the Avatar and could master all four elements, but also in watching him learn the remaining three since he was already an airbending master. The reluctant, ask questions first, bend later hero that Aang was, matched perfectly with his maturation from fledgling avatar learning the elements themselves to becoming a master of all of them. It was the journey that made us love Aang, not the final product.

Because of that squeezing of The Last Airbender series into one film was flawed and incomplete before they shot their first scene. Korra, is much different. While the first season of The Legend of Korra shows her learning to airbend, she came out of the womb ready to give cats that work.


[divider type=”space_thin”]
By virtue of that and the very isolated stories that each of the books from The Legend of Korra follows, they are much better suited for standalone movies, as opposed to The Last Airbender, where the totality of the story was always a bigger emphasis than the isolated Books. Also, the age frame of everyone moves up into more acceptable or recognized ranges from preteens to late teens. The opportunities for better acting with more athletic or physically convincing actors helps the cause as well.

Whitebenders from the Hollywood Kingdom and it’s King, Ridley Scott:

One of the failures of The Last Airbender movie was the casting in which it, seemed to be a colossal failure. Aang was cast by a pretty wooden and unknown Noah Ringer. The villains were over the top and cartoonish (to be fair, this was intentional in the beginning of the animated series, especially with Zuko, but of course the standalone movie neglects his arc, arguably the most important aspect of the series altogether) and the rest of the cast was largely forgettable. One of the biggest complaints about the casting was that it was whitewashed, which, upon further review is only about half right (or some fraction between the diversity of a show like Treme and any Tyler Perry TBS show). There is actually a fair amount of diversity in the WHOLE cast. Unfortunately, the white washing happens with the three main characters of the movie: Aang and his companions, Katara and Sokka. Don’t even get me started on Hollywood’s mandate to maintain the compassionate and heartfelt characters for white women no matter the circumstance, but they probably could’ve gotten away with white washing most of the supplemental characters, but the Big Three were deal breakers. The hood never forgave the production team for that one.


[divider type=”space_thin”]
So that’s where we start. This is a POC casting. Predominantly, of Asian or Asian-American heritage. Yo, people stay thirsting for Raid: Redemption flicks, so don’t talk to me about marketability. Something of note as well: in the Legend of Korra series, most of the characters are depicted with a very similar skin color. Except for Korra. Korra is, noticeably and intentionally darker than just about everyone else on the show. With no regard for objectivity whatsoever, I’d love to see Korra represented as young black woman. That’s it. I’ve said my peace and counted to three.

The Legend of Korra is coming off of its best season and I (along with some others) would argue that it was the best season in the Avatar universe out of the now six seasons in its history. There are so many movies that are being made within the teenage demographic, but that is typically driven by the maturity of the material and not the actual age of the actors. This would be the other way around and therefore allowing the opportunity to capture both mature and teenage audiences. It also is a shot in the arm for more POC heavy castings in Hollywood, who still, desperately needs it. And seriously, can we see some bending with a big time CG studio in 2014? I don’t have to be Varrick to sell you on how great this could be. Could be. If I see Michael Bay’s name anywhere near a Legend of Korra movie, I’ll delete this whole column and pretend this never happened.