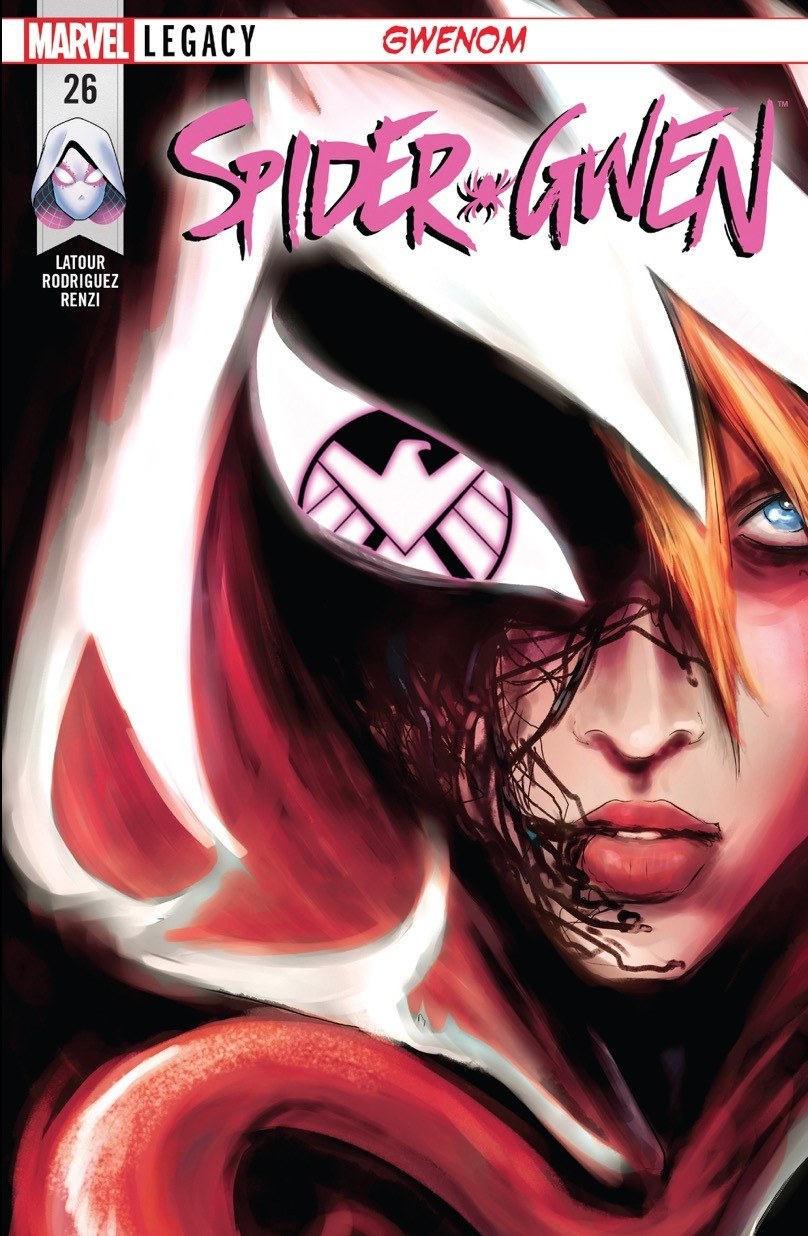 We needed Gwenom to slow down a bit after a dizzying start in Spider-Gwen #25 and its many cards on the table. There’s Gwen and her friends, as the Mary Janes discover her identity and know their friend is missing; Frank Castle, whose Netflix series is a must-see; Matt Murdock as Earth 65’s manipulative Kingpin of crime, holding leverage over our hero and bending Spider-Gwen to his will; and Gwen versus herself as she struggles inside the symbiote. We move to Earth-65 though as Gwenom goes back to the source, who began her powered life and took those powers away: Cindy Moon. Only Cindy ain’t scared. 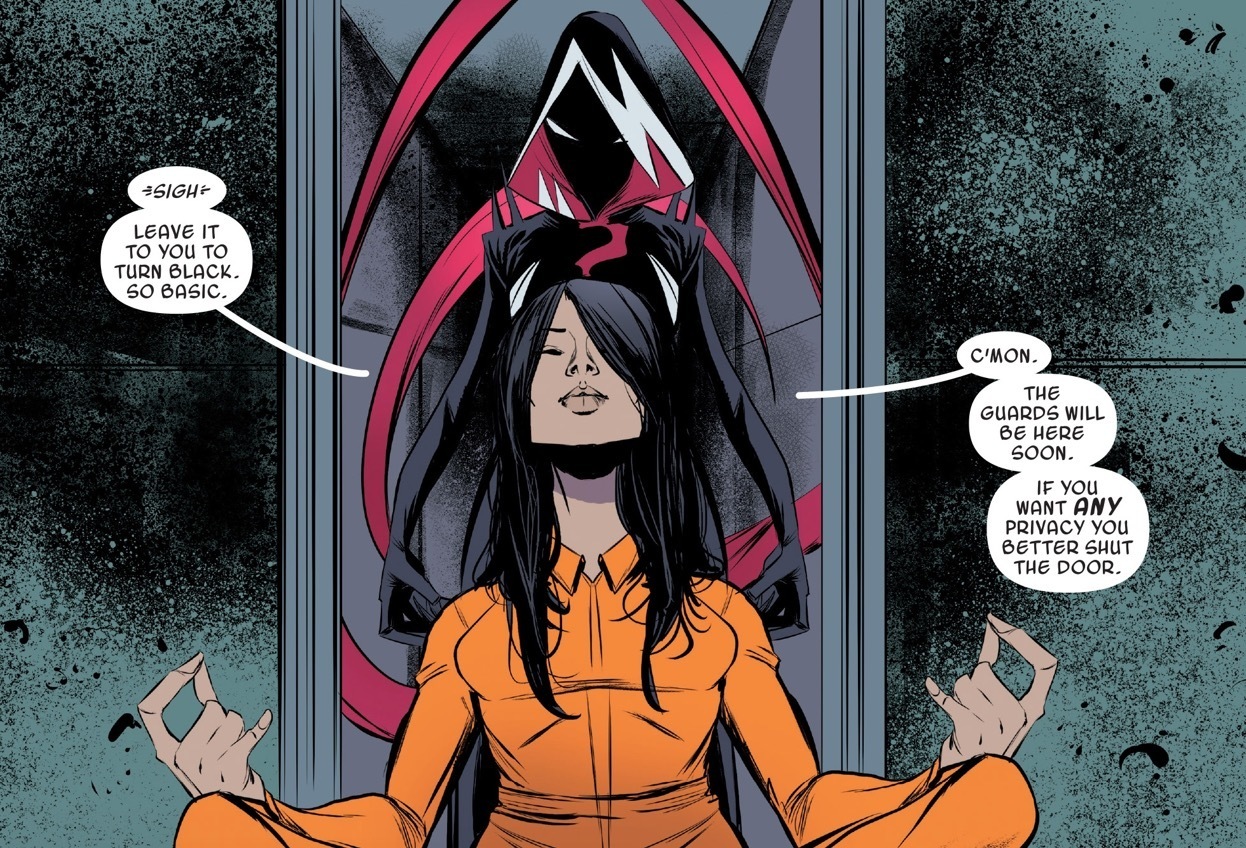 I appreciate Spider-Gwen’s long game tie-in with Cindy Moon, even better is the “predator mode” that earns her audience, yet it does pull us in yet another direction in a book already pulled in far too many. Gwen’s conversation with Cindy is so short that it’s closer to a motivational word from your aunt than a confrontation with the villain who made you a hero and then beat the pulp out of you till you could barely stand. It seems Spider-Gwen has so much happening with so many people — welcome back, Reed Richards, Captain America, and more — that by this point their cameos can feel more distracting than useful in progressing the story to an ending point. If you had to guess an end to Spider-Gwen and cover all of this series’ loose ends, how long would it take for you to do it?

Overall, Spider-Gwen remains a visually fun comic that can draw you in with each turn. The problem now is, after this many turns, readers have a hard time remembering where its going. Here’s hoping we recalculate our directions soon, because this book needs a clearer destination, and soon.