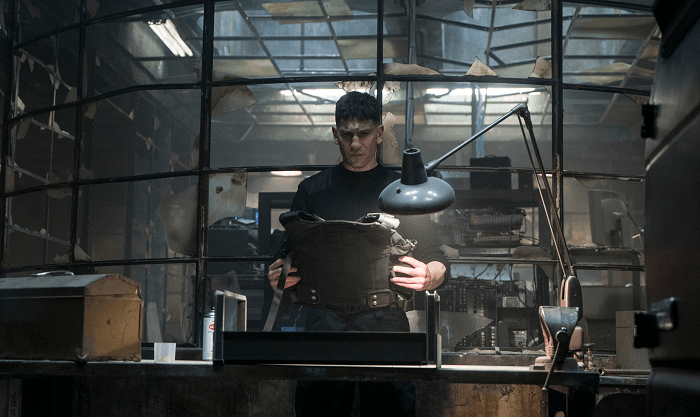 Netflix’s The Punisher will bring much of what you expect from Frank Castle – violence, trauma, and a ruthlessness otherwise unknown to anyone we would consider a hero. For those unfamiliar, Frank is more an anti-hero – the anti-hero – a quintessential personification of our inner-most want for brutal justice, our id minus the moralizing super-ego. It’s what makes The Punisher so entertaining and, to a slightly uncomfortable and sobering admission, universally relatable (if you’re new to the character my favorite description comes from 2016 when he was announced for Daredevil season 2, so read there if needed and you’re welcome) The Punisher’s solo series brings something new to our beloved Netflix-Marvel universe though, soon to be divorced as Disney reclaims Marvel properties to its own streaming service: spy games, and war. We ain’t seen either like this before. 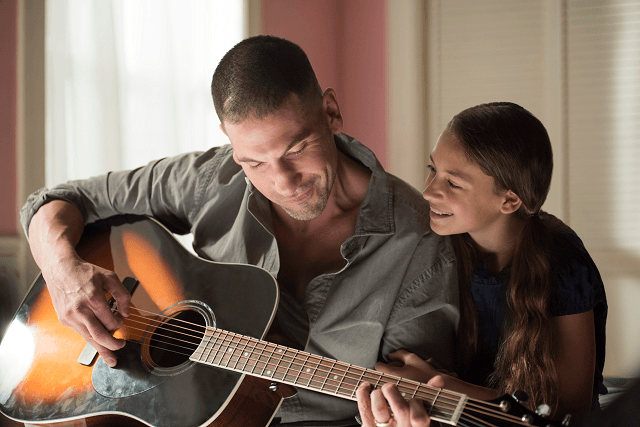 Expectations of Frank Castle’s regular revenge plot lasts barely a moment, a prologue to the story that will ultimately unfold. His family’s murderers are hunted and killed, and the moniker known as Punisher vanishes dead. Living under a new identity and suffering from night terrors and post-traumatic stress, you wonder if Frank’s murders will make him further unhinged, the entire season a threadbare plot of him tracking the mob or some big-named cartel as his need for justice spills over into ongoing vigilantism. That would be the easiest Punisher story to tell, the one we’ve seen most often. Instead we go backwards to his military service, learn of past monstrosities before the death of his family, and puzzle how they all relate to today. With a spook on his tail and a brilliant, headstrong special agent as well, The Punisher views more like a spy thriller than revenge plot or superhero story, and it’s done right.

Here are the players:

Frank Castle is our collective revenge fantasy, a green light to be brutally violent without remorse and feel justified. Jon Bernthal reprises his portrayal of the stoic anti-hero, this time with beard and 13 episodes all his own. If you want to get in the mood there are two comic book runs that are currently on shelves, Becky Cloonan’s The Punisher, and Garth Ennis’ Punisher Platoon on Frank’s first command and his first kill.

An Iranian-American special agent, Madini was recruited and rose through the ranks of the Department of Defense, and now she sits as the only person bullheadedly interested in a cold case where her former partner was killed. That death is related to Frank Castle’s platoon in Afghanistan, leading Madini, played by Amber Rose Revah, to learn about Frank’s dark past and put her on a collision course with his present. 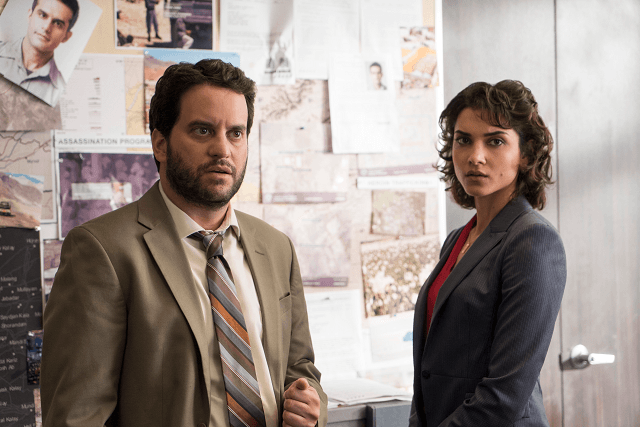 She is brilliant, driven, and, with the help of her psychotherapist mother played by Oscar-nominated Shohreh Aghdashloo, a character you will love to root for. Put her on Netflix’s Mount Rushmore with the likes of Claire Temple.

In many ways, David Lieberman is the other side of the coin to Frank Castle. A former spook who lives in a paranoid underground of spying and monitoring, the hacker codenamed ‘Micro’ never gets his hands dirty like Frank but is run off the grid all the same. He loses his family all the same. He wants justice all the same. 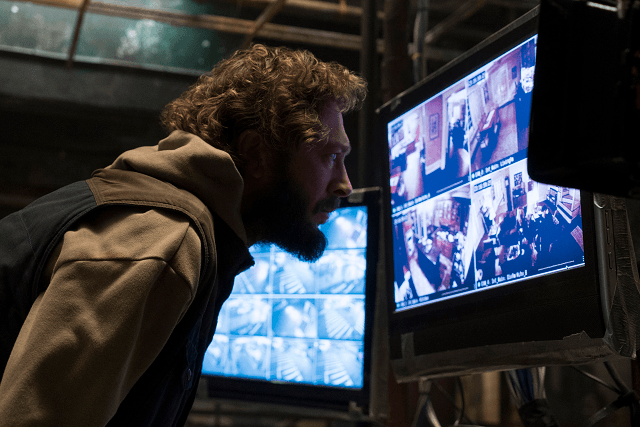 Their differences lie in temperament and abilities though, Micro a brilliant but physically pathetic man, making him a hilarious counterbalance to the ruggedness of a military veteran like Castle. They hate each other as much as they need each other, so expect Frank Castle to be the weapon guided by Micro providing the intel, the literal and metaphorical “man in the chair.”

One of Frank’s best friends, Curtis is the only person from his former life trusted to know Frank is still alive. Curtis, played by Jason R. Moore, leads a veteran’s support group and plays the role of humanizing, empathetic counterbalance to a rough character like Frank. Curtis sees Frank’s softer side as he shares and understands his trauma, and knows how to speak to veterans to help them heal. Supporting characters like Curtis help make a protagonist a full person, seeing angles of them that would go otherwise unseen. One of two rock-solid allies, Curtis is one of few friends Frank has left.

Played by Ben Barnes, the second of Frank’s friends is Billy Russo, his best friend from his platoon who took a separate route from Frank and Curtis both by founding Anvil, a highly profitable paramilitary firm. Russo, then, is an elite battle-tested soldier turned rich businessman, breaking the archetype of what is generally either one or the other. Seeing Billy’s rich persona, you want to hate him on sight as his money and good looks paint the picture of a seemingly shallow character. 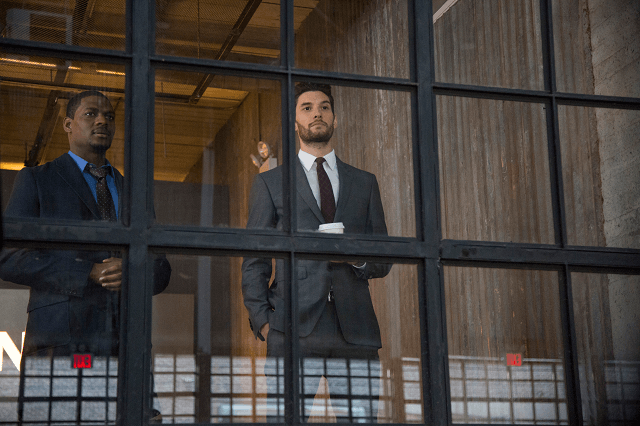 It quickly wears off though as you see the type of person he is and, most importantly, who he is to Frank and Curtis. They have all been in the mud together, Billy and Curtis the type of friends who visit Frank’s grave on his birthday. Only Billy doesn’t know, and that’s bound to be an emotional reveal if he finds out his best friend is still alive.

Every Marvel series needs its glue, and Rosario Dawson gives someone else a chance of tying the Punisher with the larger universe. Karen knows Frank is still alive and plays the confidant to Frank, with glimmers of romantic interest from Frank if a man like him were still capable of love. 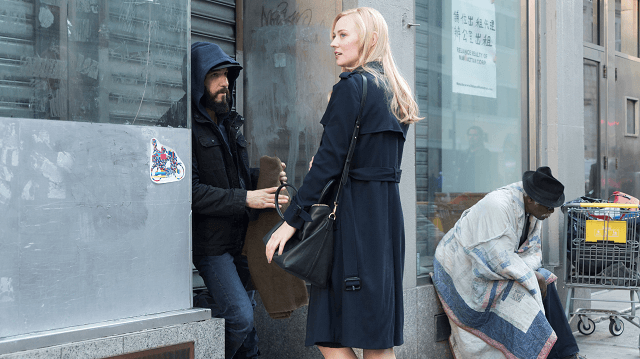 Karen is the emotional anchor, the person who reminds Frank to live for more that revenge, the person who would cry the hardest if Frank were to die, who cries the hardest knowing Frank stopped living a while ago. But Karen wants him to live, so readers – despite Frank being our revenge fantasy dream – are grounded through her and reminded the misery that his pain and the choices that follow would have on others.

The Punisher will be released on Netflix Friday, November 17th. All 13 episodes. In all their glory. I’ll be damned if this isn’t a top-3 Marvel season by the end of the weekend.