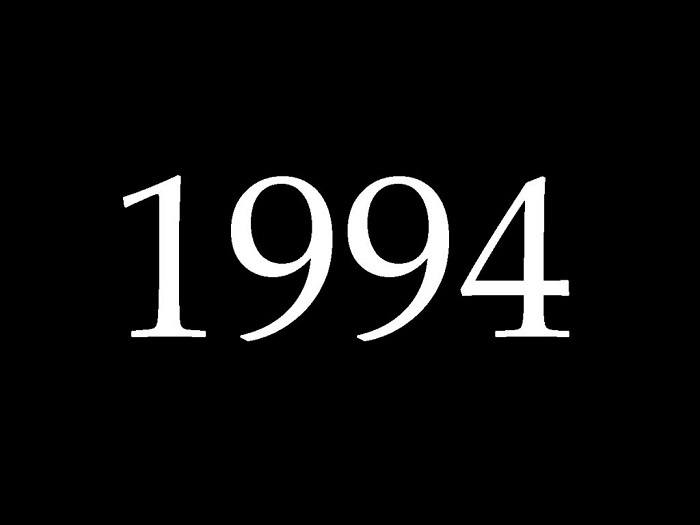 It’s not often that I get dragged into debates like this, but color me pickled when I’m surfin’ around minding my own business when word from the narwhals in the streets is fellow Staff Writer and Assistant Editor here at Black Nerd Problems, Omar Holmon, is plottin’ up some evil ’bout how 1993 was the year to fux with when it comes to hall of fame caliber nerdom. We’ve often had these discussions that mostly end in the obliteration of any respect that each of us had for the other prior to these encounters but now that I find out he’s creepin’ in the Black Nerd Problems sewers tryina’ cook this column up behind my back hoping I won’t notice when it drops… Welp: 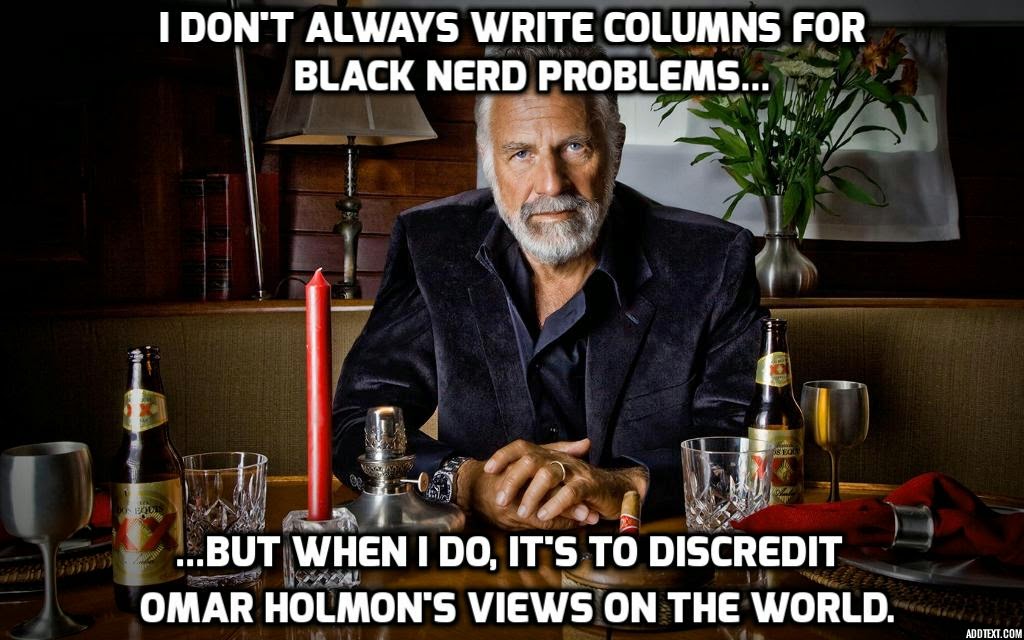 (Pack it up, Pack it in) Let me begin this ether by starting out with the legendary game titles that dropped in ’94; lemme just intro with an assist from the big homie Samus from Super Metroid. I ain’t even have to go deep on my list of shit you were doing in 1994 to have you realize that there’s opinion columns and then there’s the light of justice that shines truth upon my nerd flock across the world! Maybe that’s not your cup of tea, and that’s okay, ’cause we got heavy hitters all day from ’94, we talkin’ ’bout Donkey Kong Country, Sonic the Hedgehog 3, Doom II: Hell on Earth, The Need for Speed, The Lion King (more greatness from this franchise later), The Elder Scrolls: Arena, Final Fantasy III; I have barely brushed the dust off my nostalgia when I come to the realization that ’94 was the year that we saw the epic beginnings of a series that has brought millions of nerds in from the great outdoors and saw them gain tens of pounds, lose all contact with their friends and watch all chances of ever getting laid plummet to an abysmal, NOT HAPPENING PERCENT. Yes, I’m talking about the first Warcraft: Orcs & Humans. 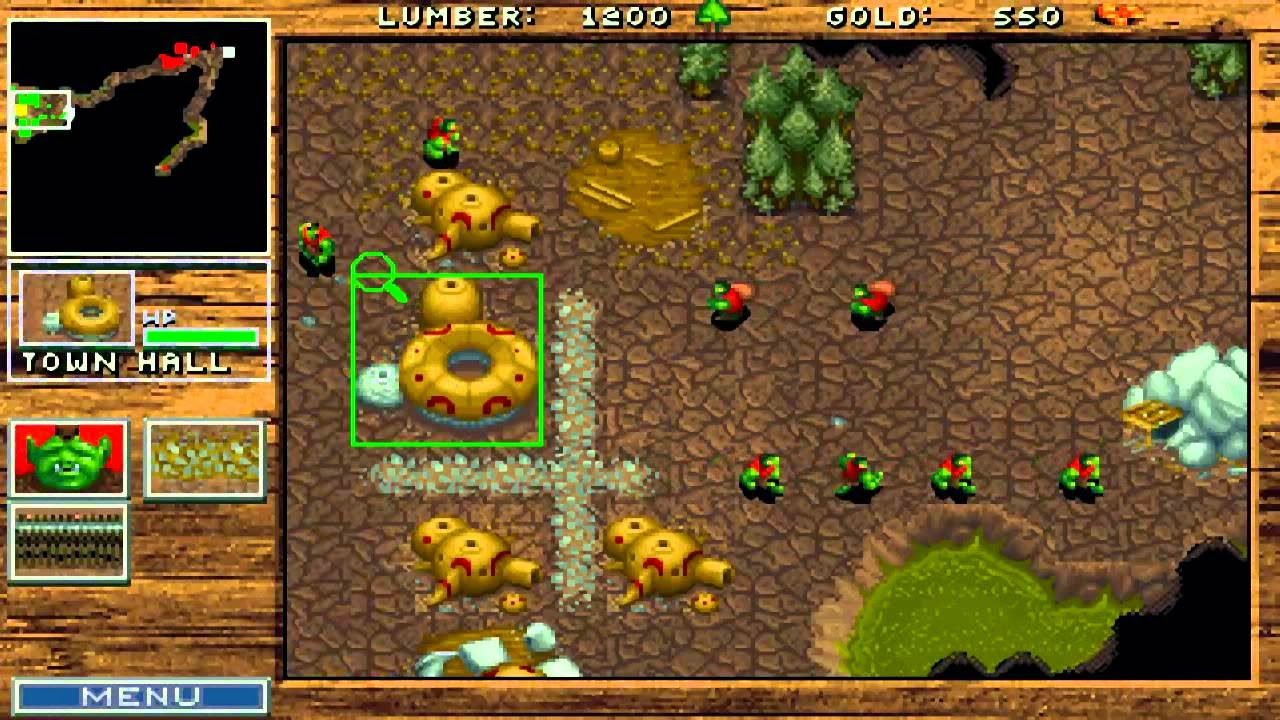 I spent so many nights sleepless and muttering, “zug zug, loptar, dabu!” and of course for the limited times I rocked with the human race, “RIGHTO!” If you want to relive some of this awesome, here’s a dude who decided to do an entire playthrough of both the Orc and Human campaigns on an emulator, it takes him about 9 hours, peep here:

I don’t even need to see what Omar’s trying to scrape up from the dregs of the ’93 gaming world (even though I know it’ll be some kind of WWF-themed sham of an argument) to tell y’all that 1994 was the year of the lawd’s work on them sticks.

Now I’ll be the first to admit that I had to Google some shit to remember all the awesome that rolled out in 1994 but here’s one of the breathtaking finds in the movie department that makes ’94 unfuckwitable: 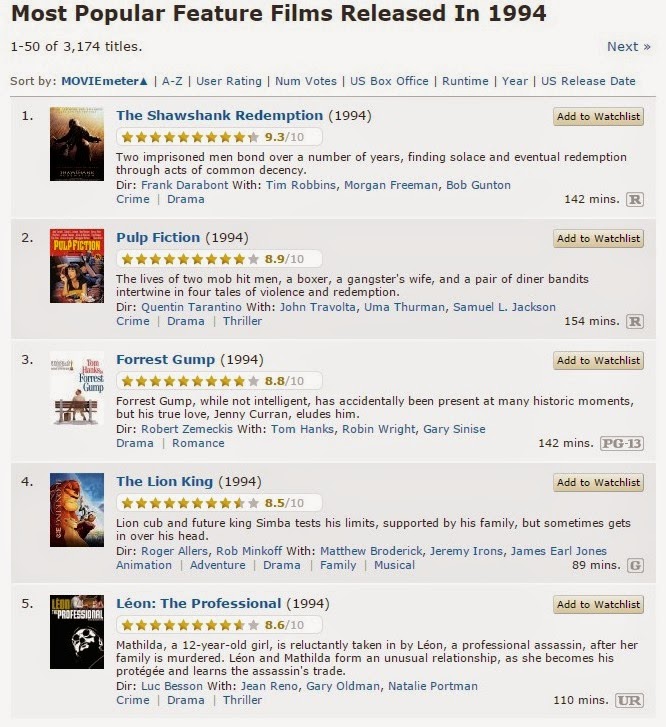 Do I need say more about this list? There’s no disputing The Shawshank Redemption was one of the greatest movies of all time (despite my obsessions with David Mamet’s Redbelt), who doesn’t fucks with The Lion King, and whatever you may feel about Quentin Tarantino with the racist shit he pulls sometimes, Pulp Fiction is the genius that affords him any leniency that he’s afforded. Other honorable mentions in the movie department include, The Miracle on 34th Street (modern version), Star Trek: Generations and who could forget the movie that made us fall in love with the Keanu Reeves we’d continue to see in every single movie he’s featured in since:

As if that wasn’t enough, 1994 still had enough sauce left in the tank to give us TV hits like Friends (I just rewatched that shit on Netflix and I got no shame ’bout it), Sister, Sister, The Magic School Bus, Aladdin, and the show I was late to school for everyday, yea I’m talkin’ bout that Gargoyles:

Now I know I’m coming on a bit strong like my mans Goliath, but the point that I’m conveying here is that ’94 wouldn’t have it any other way. It’s quite impossible for me to talk about this year in any form without going hard in the paint on some weak ’93 counter-argument. Omar’s got a lot going for him, he’s actually the foremost authority in my life on everything nerd and there’s no one I respect more on this planet than he. With that said, he’s completely out of his depth in this debate and this debate alone, if you wanna ask him what sandwich to order for lunch, go right ahead. You wanna ask him what’s hot in these comic book streets, get at ya boy. You wanna talk to him ’bout some Broad City? He’ll give you that work. But this? 93 ain’t holdin’ a candle to ’94, so go ahead… kick back, relax and when you’re done reverse osmosis’ing this praise for ’94, explore a little and find out what it’s got in store for you. ’94 is the year we deserved, and now it’s time to find your 1994. For now, I’mma leave y’all with this little tidbit that is exactly what the year 1994 wants to do for you: