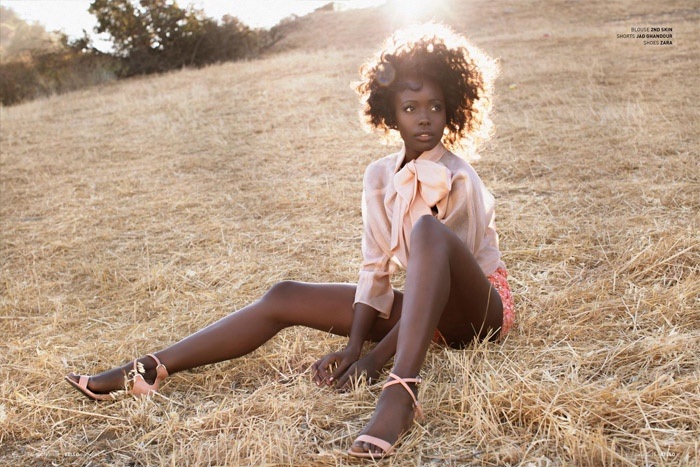 I’ll be honest, when I first saw that Senegalese American actress Anna Diop (24: Legacy, Quantico, and perhaps most importantly, Everybody Hates Chris) was going to play Starfire in the new live-action Teen Titans series, I had the same reaction I always do to these sorts of castings: Yay for representation! Look at us on the screen!

But nah, homie. NAH. This series is coming out in 2018 aka the Year of Our Goddess Bast, She of the Sun and the Moon, as she eclipses the hell outta movie theaters and brings her eternal prophesy Black Panther to pass. You gonna have to do better than that to compete with Marvel dollars. Time to step the f up, DC Comics. I don’t give a damn if you got the Cyborg movie in the works (who, by the way, better be in this series because this Justice League thing is still some bs). You owe us this, DC.

I’m talking about taking Koriand’r’s design all the way back to the original. The big hair— no! The biggest hair! I want to see Starfire waking up in a fireproof bonnet with curls flourishing like they been moisturized in the Milky Way. And don’t give Anna one of them wigs you keep giving poor Halle neither.

I want a whole planet of nothing but Black Tamaraneans. You know, the alien race that are both incredible warriors but simultaneously so full of sex positivity and love they literally forgot about war and built a scientifically advanced paradise? Give me a celestial body populated by Black people whose melanin is so fly they actually convert the sun’s ultraviolet rays into aerial travel. Hell, I want a planet where Black joy is so normalized that Kori can never fully adjust to American society and is constantly checking her team on their privilege and blatant racism (Nightwing’s role is rumored to be for a white boy, so it’s gonna happen).

Give me a Starfire whose history of being sold into slavery isn’t glossed over as a past trauma, but is an active part of her connection to Earth’s Black diaspora. A superhero who understands the horrors of the Tuskegee experiments and Henrietta Lacks because she and her own sister underwent the same kind of treatment by the Psions. And give me a badass Blackfire (keep that name!) while you’re at it! I’m talking your most fabulous Eartha Kitt villainy in an intergalactic romper looking so fine you almost forgive her. In fact, make Blackfire and Starfire’s broken sisterhood a relationship the audience will actually want to be healed because it’s that deep The Color Purple type bond that not even war could tear asunder.


[divider type=”space_thin”]
Don’t get me wrong, as a lifelong DC fan I’m not holding my breath. Can we expect Diop in some strange orange make-up a la Zoe Saldana’s Gamora in Guardians of the Galaxy? Probably. Does the age gap between Anna Diop and Teagan Croft, announced as Raven at the beginning of the month, give me the terrifying sense we’re gonna channel some seriously uncomfortable Justice League vs Teen Titans vibes? You bet your unnecessary Damian romance arc it does. But I’m still clinging to a tiny sliver of hope. The show is said to be the cornerstone for DC Comics’s latest foray into the entertainment industry, a direct digital platform that won’t come with the same shared control as mainstream television, which might mean more freedom in world building. Who knows?

In the meantime, though, I’m excited to see what a Black actress can bring to the main role beloved by multiple generations of comics and television watchers alike, a character known for her joy, honesty, power, and love. In a time where anti-Black violence continues to threaten our lives daily, a casting like this might not seem like much, but we could all use another Black hero. Matter of fact, I’ll take the much-needed Lucille Clifton reminder in whatever form I can get: 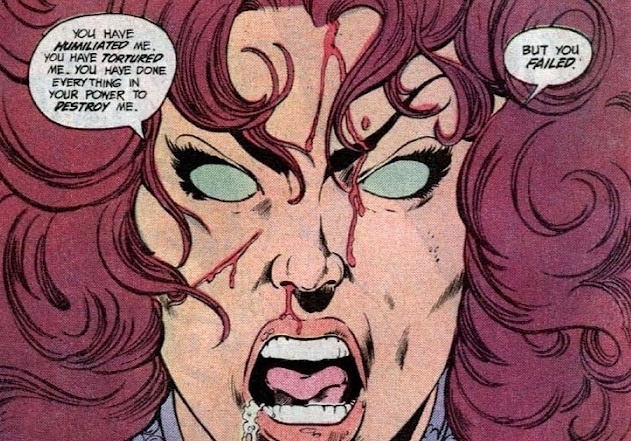