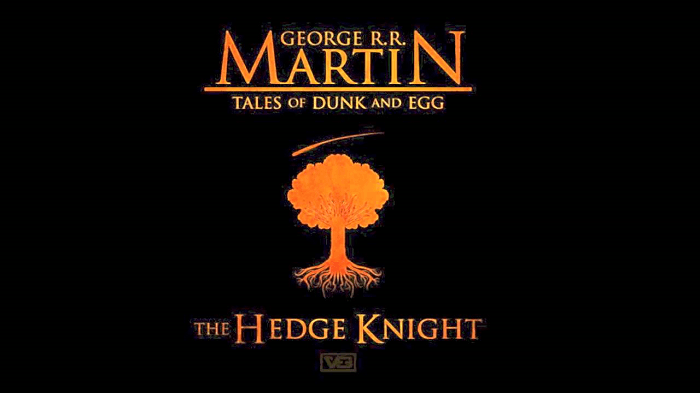 I hope y’all ready for this one, cuz its bout to be a DOOZYYYY. I’m hittin you with prophecies, Khaleesi ancestors, tourneys, princes, battles, secret identities, pride, promises, and a whole lotta Game of Thrones style goodness to get your summer nostalgia thirst quenched.

Let me start this off by saying that it took me a year to track down a copy of this gem. I plowed through the series last summer and this was a nice, fun-sized Snickers bar to quell the hunger for more gore and glory. 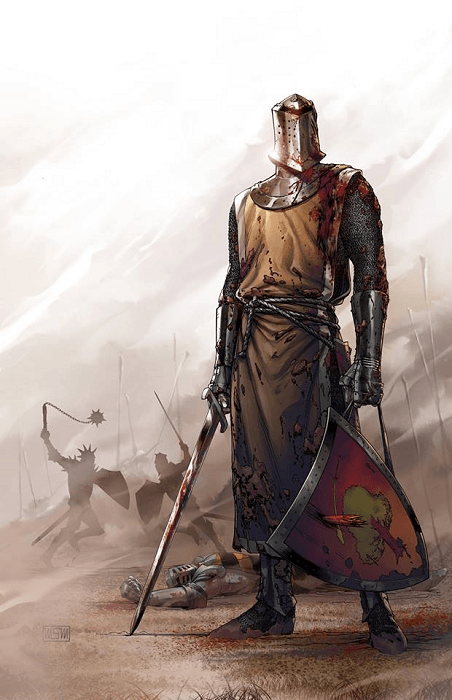 [divider type=”space_thin”]
In the land of Westeros roughly 100 years before the events of the Game of Thrones you all know and love so much, we are given a new chivalrous knight to admire and respect, despite his at times honorable-to-a-fault ways. Hopefully he doesn’t lose his head on the last page finale. We are also blessed with an Arya-esque young lad eager to discover what the world is really like outside of pampered castle walls, roasted aurochs, lemon cakes, and creamed swan dinner feasts. The newest characters to join the Song of Ice and Fire trilogy are none other than Dunk and Egg.

The story starts off with Dunk: a huge, nearly 7 foot tall, shaggy, big boned boy of 16 or 17. That’s right, he don’t even know his own age! You don’t really have many name-day bangers being a Flea Bottom orphan. We find Dunk digging a grave for his late mentor and father figure, Ser Arlan of Pennytree. The old man, as Dunk calls him, taught Thrones Deebo everything he knows of swords, shield, lance, sigils, respect, and honor. The two had been riding for Ashford, singing of seeing the fair maid just a few days past when rain came down to soak the men something severe. The next day brought gusty winds and a chill. On the fourth day Ser Arlan was too weak to ride, and when he finally succumbed, the frail 50ish year old man was buried right there in the ground. Too bad the old man didn’t teach Dunk the Lunk many words because the boy straight-up butchered the old homies eulogy. Luckily, what was said came from his heart and that’s REAL.

Dunk was left with Ser Arlan’s three horses: Thunder, the warhorse ridden by a knight solely in battle or a tourney; old Chestnut the swaybacked stot; and Sweetfoot. Before placing the old man in his final resting place he stripped Ser Arlan of armor, iron helmet, lance, shield, couple silvers and coppers, dagger, razor, whetstone, and sword. Yes, he jacked the Clint Eastwood of medieval times for ride, armor, and sword. This is still Game of Thrones people! You don’t go burying or leaving perfectly good arms and accessories around, especially when you’re out there in them streets.

Speaking of them streets, Dunk gets on his way contemplating what to do next. Continue the life of a hedge knight and enlist in some lord’s service or head to the tourney at Ashford Meadow. While debating he comes across an inn and dismounts as a bald naked boy emerges from the nearby stream. Dunk assumes the boy works for the inn as a stableboy and asks if his horses can be tended to. The boy starts talking shit because Dunk looks like the ragtag-ass wannabe knight that he is and Dunk threatens him with a clout in the ear (which is a phrase you’ll hear him drop left and right). Like a G, he doesn’t even wait for the boy’s response and walks into the inn without as much of a glance back.

It has been a year and a half since Dunk ate at a respectable joint so he sits down to get a bite to eat and some ale to drown his sorrows. The inn should be poppin since there’s a tourney about to do down close by, but the only person in there is one drunk dude nearly passed out on the table. He starts talking some wild shit saying he’s seen Dunk in his dreams and to stay away. Dunk is weirded out and passes on the innkeeper’s offer to get a room for the night. He finds the bald boy on Thunder’s back with the old man’s gear on and almost rocks lil homie with the clout attack.

The boy wants to squire for Dunk but he deads lil dude and is on his way. Although, he doesn’t leave without realizing the boy groomed, watered, and fed the horses like a champ so he tosses Mr. Clean Jr. a copper, but the boy just grills Dunk and let’s the copper land in the mud.

Dunk reaches Ashford on the morrow and instead of raising a pavilion (big ol tent) like the real knights of the great houses Baratheon and Lannister or powerful lords of their time such as Tarly, Dondarrion, and Fossoway, he strolls right on by the Westerosi Haters Ball and finds a nice grassy spot underneath an elm tree.

The next day he goes to cop that armor upgrade…or at least get some that fits him properly. He hits the market that has sprung up outside Ashford and finds an armorer. He’s kinda broke though, so he only gets it loaned to him for a day. Dunk is really living on a prayer here hoping he gets at least one victory. Why? Because a tourney is like 70’s T-Bird pink slip racing. You lose the battle and you give the winner your gear and stacks. He heads back to camp and hears something as he approaches. Like a rabid pitbull, Dunk brandishes his sword and comes crashing through the brush like Jason at Camp Crystal Lake to find a boy of 9 sitting underneath his elm tree cooking a fish. You probably guessed that it’s the same boy from the inn. You also probably guessed that this is where the Tales of Dunk and Egg finally begin. The dialogue between the two of these characters when they are out in the open wilderness and experiencing something for the first time is what makes this entry into the World of Ice and Fire so gratifying. Dunk finds out the boy’s name is Egg and agrees to let the little stowaway squire for him during the tourney. He promises nothing more than clothes on his back, food in his belly and a clout in the ear if he deserves it. And just like that we now have the Tales of Dunk and Egg.