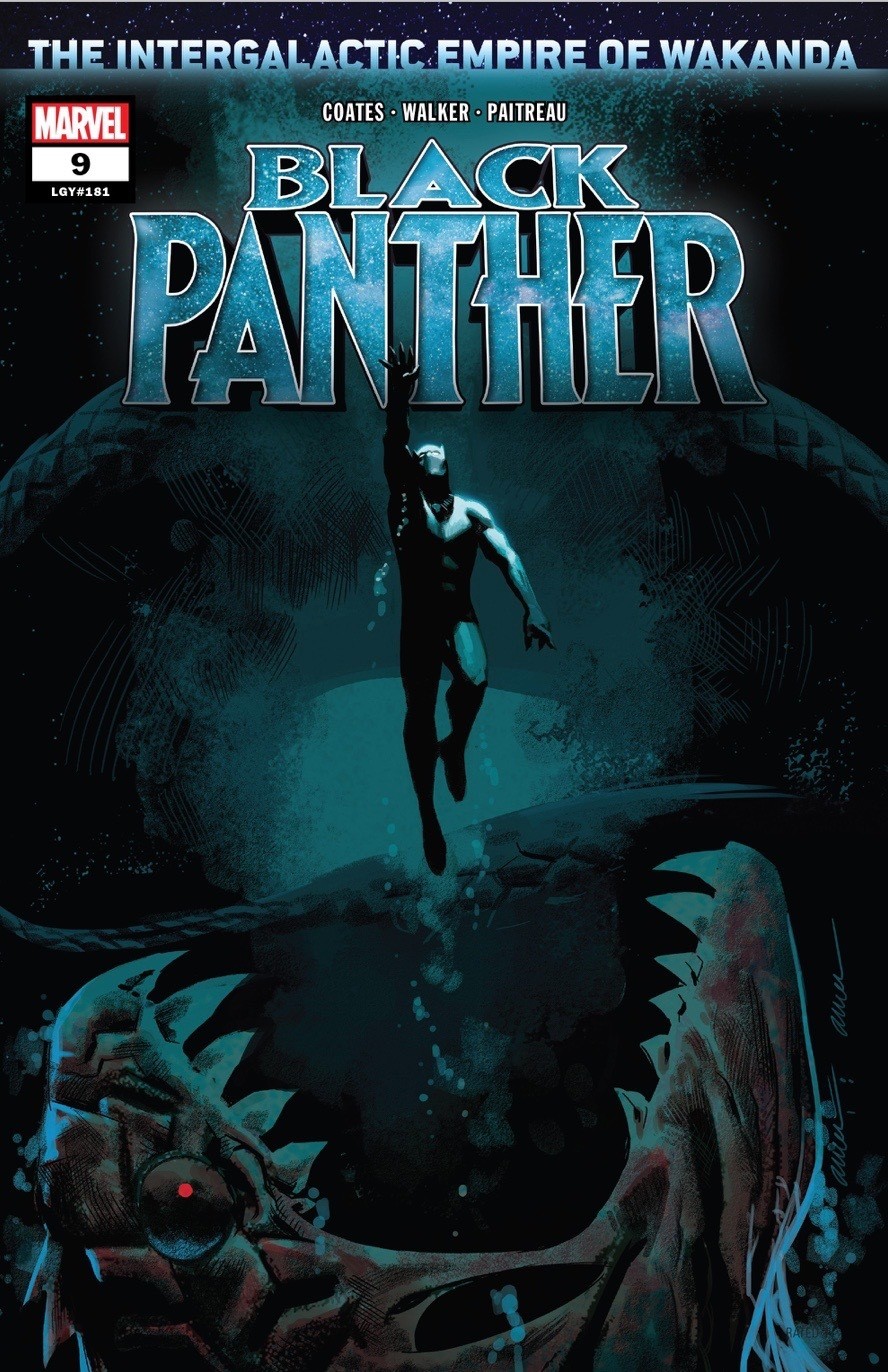 We are dropped in to the action right after T’Challa’s insubordination in issue #8 lost the Maroons some precious raw vibranium. However, his actions also revealed more memory-wiped Nameless being shipped as imperial cargo. The discovery infuriated T’Challa and he went John Wick on the cargo ships’ crew, furthering the legend of the (lethal) self-directed righteousness of the Black Panther mythos.

Black Panther #9 illuminates that there’s a war going on between two anti-imperial forces, once fierce allies, now polarized factions. There are so many layers to the politics of this world, underscored by such astute nuance. This all takes place as we move further away from T’Challa’s slavery. Sometimes it’s drawn as a slick moment of eye contact across two panels, sometimes a well-placed piece of dialogue; but it’s always poignant and able to draw parallels to issues faced by readers from all walks of life. Despite the chapter being titled, “Gathering Of My Name”, this issue should have been, “Crabs In A Barrel. Y’all. This joint right here? This is that “The enemy of my enemy is my friend: Wakandan space opera edition.” 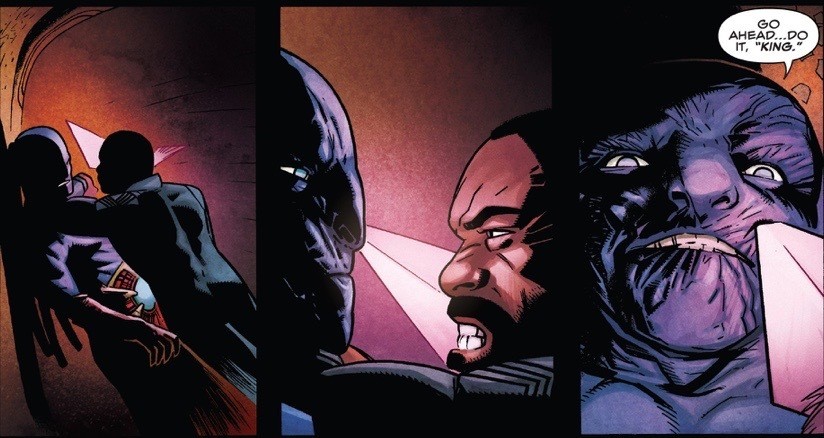 I am really digging the world Coates is developing here, and Walker is bringing his own flavor to each of the myriad races that make up the Intergalactic Wakandan Empire. There’s a grit to Walker’s work that serves some John Romita Jr. level line details, however is still uniquely Afro-inspired. There’s a synergy at play: Where there are visual details of the different races that have hair textures and styles reminiscent of various African peoples by Walker, there are also textual details of ancient African history woven into the names of everything by Coates. It’s poetry in panels. Look, there are four of them on one page (below)! 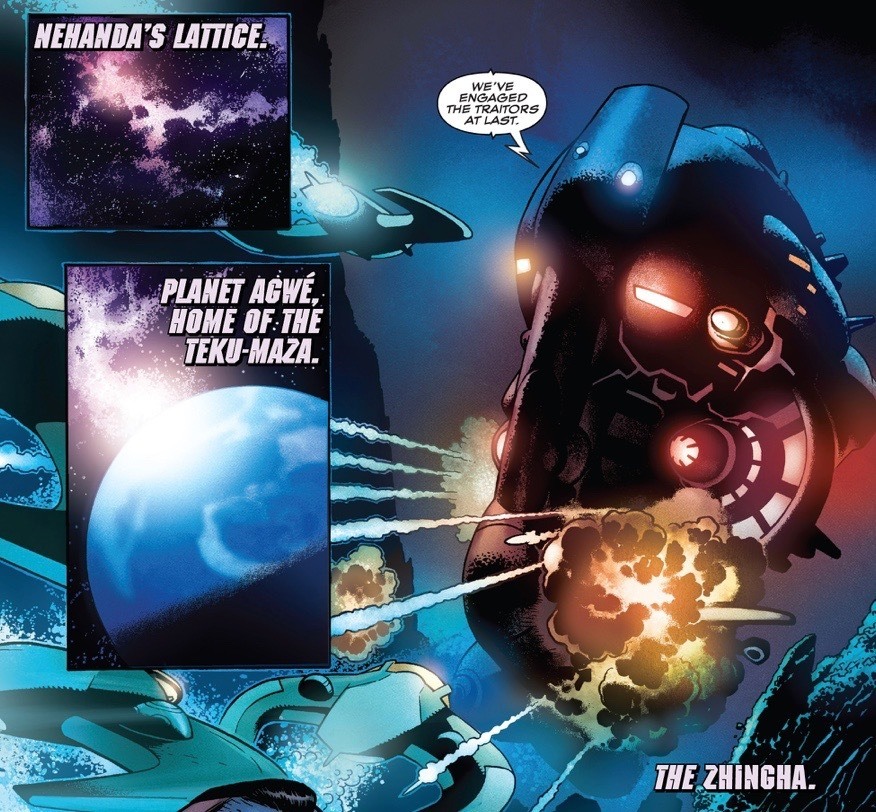 This run on Black Panther has been a trip into a refined and realized vision of Afrofuturism. Ta-Nehesi Coates and Kev Walker are a seriously dope comic team. The aesthetics on display in Black Panther #8 alone have elevated this run above any of Marvel’s previous attempts to normalize Blackness, in general, much less in the far-flung reaches of time. Great art, great writing — what more can you really ask for? The narrative of this Black Panther run makes me wonder what the throwback Star Wars would have felt like with more genuine diversity. Check this arc out, if you haven’t already.