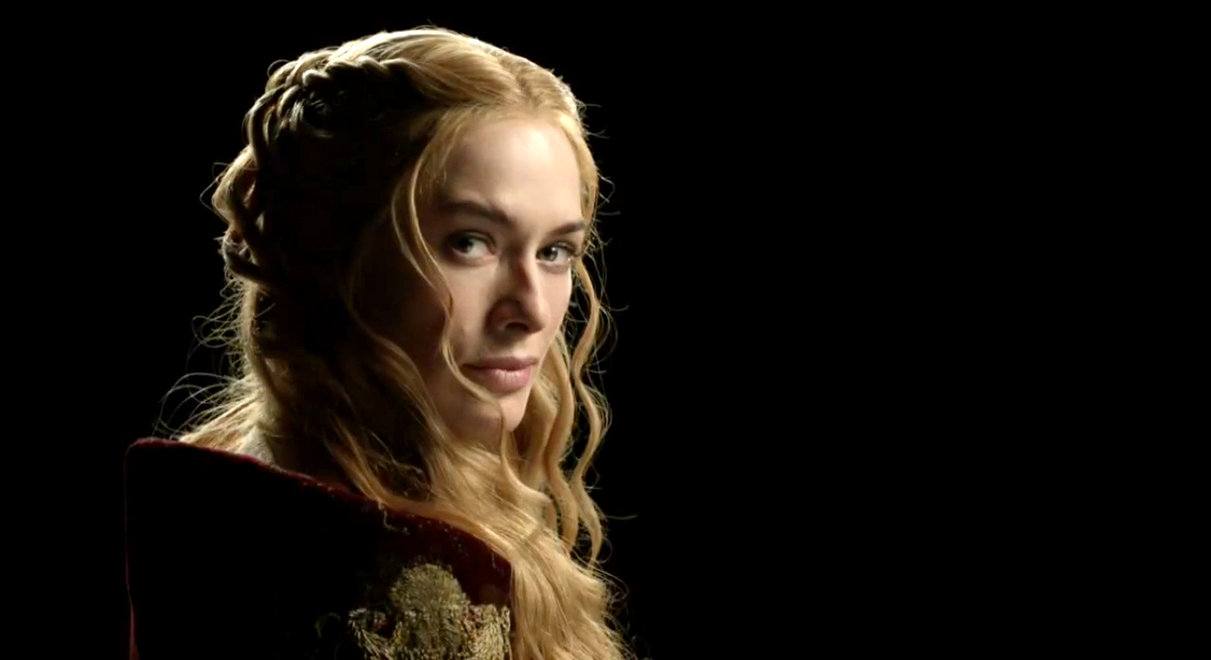 I love Cersei Lannister. I know, hear me out.

Cersei is a human garbage monster of the most intriguing kind. As portrayed in TV series she’s manipulative and harsh, humanized by the only love she has: the love for her children. As portrayed by the books, she’s so vile that when you finally have access to her thoughts via POV chapter you were likely shocked to find she’s just as terrible as you thought; maybe even worse. Cersei also has razor-sharp wit, wealth and reputation, and a lack of morals that create a dangerous combination for someone who seeks the power and approval of her powerful father.

But how much is Cersei like Tywin Lannister? Or, more specifically, how much power does she really wield? Most importantly, how good is she at playing the Game of Thrones?

I recently had a Twitter conversation inspired by a character crossover, which is one of my favorite activities for the imagination – thinking of characters from two different worlds and playing with the possibilities. In this case, it was a crossover between Westeros and Washington, DC – two political war zones.

What followed was a predictable barrage of support in Cersei’s favor: “Cersei would win,” “Cersei by a landslide,” and “Cersei is ruthless.” I’d venture to disagree – I’d take Claire, personally – yet that’s all fair enough. I should probably just spend time with a psychologist discussing my love for these women and what it says about my character. But then came the kickers: “Cersei destroys her enemies,” and “Cersei kills anyone who stands in her way.” The consensus seemed to be “Cersei is hands on,” “Cersei has blood on her hands,” and even “Cersei just kills.”

This is where I’m inevitably lost. I feel a lot of people have Cersei Lannister all wrong.

Cersei’s success doesn’t come from her own cunning, ability, or strength. Her power is actually the weakest kind – the kind that isn’t really hers. Obviously, Westeros isn’t an easy place for women – much of George R. R. Martin’s criticism has come from the world he created and how it treats them, particularly with the grossly frequent rape – yet we can’t say there aren’t strong women characters in the series. In fact, there are many. From Dany to Melisandre; from Osha to Brienne to Arya; the Ygrite’s of the north and the Sand Snakes of the south; the Margaery Tyrell’s and Olenna Redwyne’s – there are many varieties of cunning, adaptive, and badass women, only Cersei isn’t one of them. Coincidentally, Cersei made enemies with several of them, only to fail in her plots, or downright lose.

Cersei is the Fool’s Gold of strong woman characters. 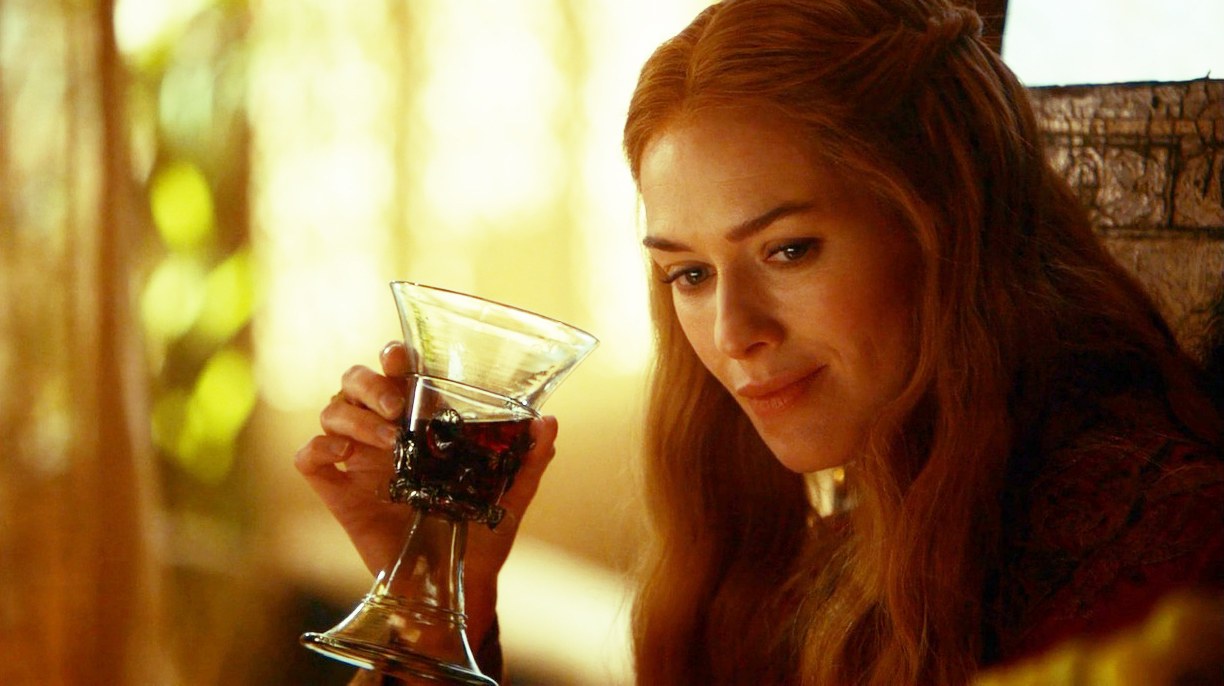 “But what about her lack of morals?” someone may say. “Cersei would kill anyone, hands down, no questions asked.”

[quote_right]”Cersei Lannister is a great saleswoman”[/quote_right]You know who else doesn’t have morals? Dr. Robotnik, but Sonic isn’t very afraid of him because ruthlessness means little when outweighed by inability. Her evil isn’t in question, her ability is. When toe-to-toe with any important player who plays the game, Cersei reliably comes up short. Ask anyone she intended to kill but are still breathing, or count the number of her enemies that are dead on account of someone else more effective at executing their plot. If you look at the Westeros Conference standings – Tywin, Olenna, Daenerys, Littlefinger, Varys, Margaery, and so on – she doesn’t even make the playoffs. Cersei’s loss column counts tallies like a prison wall.

For me, Cersei’s prowess can be narrowed largely with one question: how many bodies does she have? In a land where lives hold about the value of a coin, Cersei has been strikingly ineffective at murder. When it comes to the real players in Westeros she’s had the success rate of a shuriken in Naruto – her shots just don’t land. Where she does excel is taking a deep breath, inflating like a blowfish, and invoking ten times the fearfulness she actually merits. Much to her credit, Cersei Lannister is a great saleswoman.

[quote_right]”Every one of Cersei’s enemies – all that play the game, at least – are still breathing”[/quote_right]Let’s take a closer look at the bodies of her enemies. After biting Joffrey, Cersei ordered Lady to be killed. The plot was successfully carried out, adding “puppy direwolf” to her list of wins. Originally believed to have murdered King Robert’s bastards, which would add “helpless children” in her win column, we found out it was actually Joffrey who ordered the Massacre in King’s Landing after all, so we can’t include that. She might’ve pushed Melara out of a window. No one remembers who Melara is because she’s not important, but let’s give her that. Her biggest threats are all still breathing – so those have to go straight to Cersei’s loss column. And then the Queen of Thorns shows up 3 seasons and thousands of pages late, drops the body of the most protected man in the kingdom, Cersei’s own son, and shows once again that Cersei’s strength is more smoke and mirrors than actual effectiveness.

Cersei is outdone by Olenna, Margaery, Littlefinger, Tyrion, Varys, the Silent Sisters, and practically every other major character she’s wanted to kill but plays the Game of Thrones better than her.

Speaking of Varys, one of the most unpredictable wielders of power, it’s interesting to revisit his conversation on the subject with Tyrion. “Power is a curious thing,” he said as he laid the riddle in front of Tyrion. Who was responsible for Ned’s death? Joffrey, who made the order? Sir Ilyn Payne, who lowered the sword? Everyone who wanted him to live, but were too afraid or powerless to stop it? Ned’s death was the earliest example that Cersei had most fans fooled. She knew killing Ned would rile the North and cause a war King’s Landing could hardly afford. Everyone on the High Council knew that, from Tywin on down. Watch her beg her son to stop, powerless to control the situation. Watch her illusion of power disappear when shown against real power. Sure, Joffrey was the king, but does that really pass as an explanation? After all, count the number of scenes a ruler’s power was effectively undermined right in front of them, whether by manipulation or sheer force. 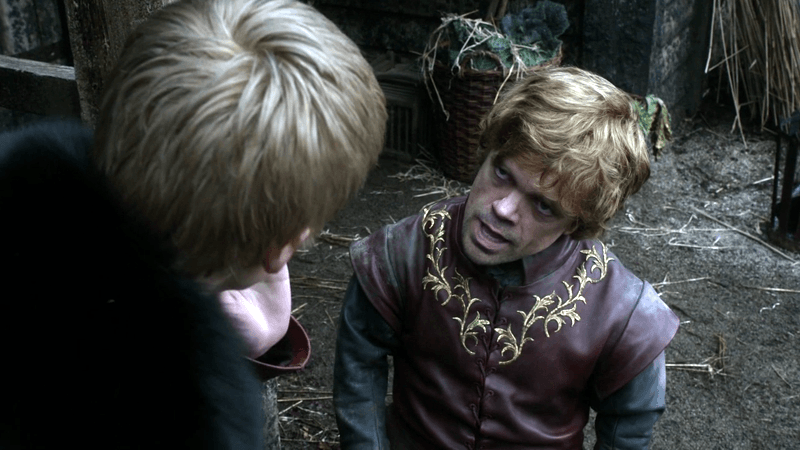 Consider also the Red Wedding: Tywin orchestrated the assassination with the Bolton’s and Frey’s with expert planning and execution, while all “Lannisters” earned the credit. Once again, Cersei’s value is shown to lie more in her name. Meanwhile, every one of Cersei’s enemies – all that play the game, at least – are still breathing.

[quote_right]”Cersei’s actually made some of the least advancement in power from the beginning through now”[/quote_right]“So you’re saying Cersei’s weak? Powerless, despite ruling informally over King’s Landing and being a player in practically every of Westeros’ conspiracies?” Of course not. Most of Cersei’s power comes from the husband that was given her and the last name she inherited, yet Cersei is a force, whether counterfeit or not. There’s an old saying that “if something is believed to be true, it becomes true in its consequences,” and many believe Cersei is the most powerful woman in the land. That’s how she’s thrived so well for so long.

Yet Claire Underwood needn’t worry too much in my imagination. She wouldn’t be killed by anything plotted by Cersei, just as none of Cersei’s enemies have been. Compared to her contemporaries, Cersei’s actually made some of the least advancement in power from the beginning through now. You might even say she’s only moved backwards.

Cersei is a lot of things: intimidating, beautiful, witty, rich, and ruthless. But in the game of chess she is not the Queen, but more a rook, staying safe and secure in the bottom left corner, protected by knights and bishops and blanketed with pawns. Her braggadocio and malevolence keep the masses at bay, lest they come close enough to know the Lioness is missing teeth. That’s the beauty of her character. But several know her secret and don’t fear the former Queen, because they’re too clever to be fooled. “It’s a trick; a shadow on the wall. Power resides where men believe it resides,” and belief in Cersei has long run out. How much do you believe?