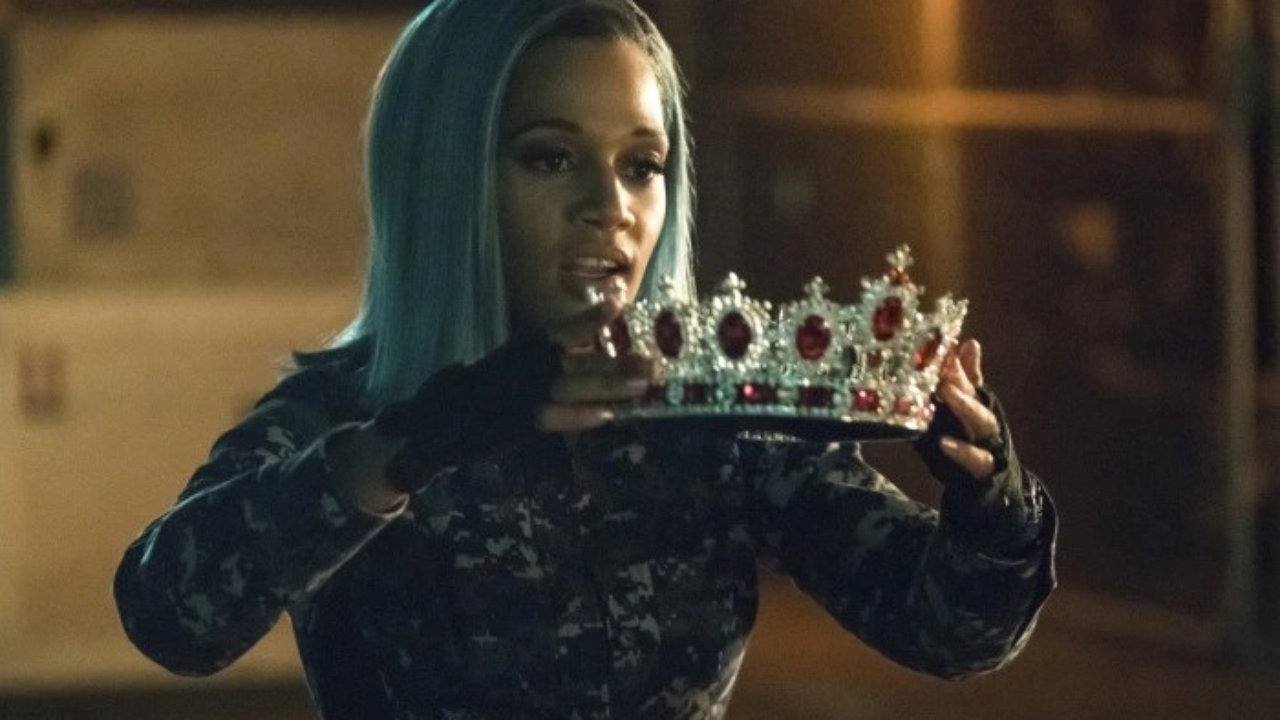 Flash returns from a mini hiatus with a star guest director who delivers a mildly funny and meh episode. I’m sorry Kevin Smith, but after that Run Iris Run episode this one felt flat as can be. But Smith’s episode did leave us with two clear takeaways: POC representation and heartbreaking experimentation. Let’s jump into it.

We start off with the Flash and Elongated Man on danger room training duty, but Ralph keeps joking too much and Barry turns saltier than the Dead Sea. Dibney’s not taking the threat of DeVoe serious enough, especially when it’s his life in particular, on the line. Out of nowhere, the glorious Danny Trejo makes his second appearance of the season as Breacher. He comes flying through a breach uncharacteristically asking for Cisco’s help because he lost his vibe blasting powers. He doesn’t even insult our boy once, which is a major come up.

Down at one of the 30,000 warehouses that Central City houses, Jay and Silent Bob make their glorious cameo and it’s absolutely hilarious. They get screwed by C-City’s first Cardi B affiliated villainess, who comes through with a terrible opening line, but pretty intriguing anti-gravity powers. She steals the valuable contents of the box Jay and Bob were transporting, much to their annoyance.

Barry and Ralph go check out the scene of the robbery, while trying to lay low. Ya know, cuz they’re kinda currently excommunicated members of the force. Yeaa Ralph only causes more trouble in the form of a precious heirloom he breaks. Barry’s salt levels continue to rise.

When the Dark Matter start hittin and DeVoe starts leanin, Marlene appears fresh faced and eager to extend the life of her love. But after a verbal slip up, Marlene begins to figure out that DeVoe already absorbed Weeper. I was a little annoyed she actually had to do some digging to discover Weeper’s powers. She has been by DeVoe’s side this entire time and she didn’t have that knowledge? They clear up that loose end by the end of the episode but it was still, as this week’s title suggests, annoying that they relegated an engineering genius to that level of simplicity.

Cisco and Caitlin run tests on Breacher as he fails to shoot vibe blasts in amazingly frustrating fashion. Turns out he didn’t get his powers taken by some evil vampire on Earth-39, the boy just gettin old. Cisco doesn’t have the heart to tell him for like the whole rest of the episode.

The team locates our next bus meta, Janet Petty. They go down to Fortune and Broom where Ralph knows a certain someone will be waiting. At the door, Ralph turns into Joe West and presses this Scottish minion, Earl Cox aka Ralph’s old homie, about the whereabouts of ol girl. Earl denies any knowledge then bumps into a table where jewels fall out of a satchel like a Saturday morning cartoon. Janet looked dope out here clinging to the ceiling like Spider-Man. She drops to the floor like a ninja straight outta Crouching Tiger, Hidden Dragon. Earl knows about Barry’s very public fall from grace so he can’t use his powers, which leaves an opening for Cartier Crouching Tiger to float Barry to the ceiling and escape.

Yo how they got Barry strung up in this bih like a Thanksgiving Day parade float?! They got Barry out here lookin like the ultimate prize at a carnival. Turns out the newly named Null can effect the density of cells, so it’s like getting helium added to your body. Ralph can’t shut up with the jokes after Barry literally falls from grace, so Ralph gets benched. Barry explains his reasoning to Cocoa Butter Kisses and says that, “He’s gotta start thinking like me, like I taught him.” Iris sees the fault in her man’s rationale but doesn’t have time to drop knowledge on the boy cuz he’s gotta run to stop Bodak Nully, after getting the super thought through plan from Harry.

The plan works and she still gets away cuz Harry didn’t account for the getaway car she had sailing through the air. Back at the lab, Harry is mad his plans haven’t been working despite having the thinking cap secret weapon. Frustrated, he storms out. Afterwards, they break out the harp and violin as Iris Da Melanin GAWDESS schools Barry on his shitty ass coaching skills.

Cisco and Cailtin make a final push to extend Breacher’s powers but have no luck. Cisco has even worse luck breaking the news to him. Im fact, he tells Breacher that a random bottle of antihistamines is his cure. Of course, Breacher immediately breaches back to the vampire that he believes stole his powers and tries to murder his enemy. Cisco has to save him and confesses the truth to bae’s pops. Cis keeps it 100 and reveals that old age has done him in. Breacher doesn’t kill our boy but does leave with the parting words, “I hate you”.

Marlene runs tests on herself and realizes that her “love” has been drugging her into a euphoric state of devotion. She quickly records herself telling future Marlene to escape DeVoe’s clutches and labels it a recipe that’s …already in the system!! Her thoughts and memories have been getting altered for weeks, and perhaps months. Turns out DeVoe been on this evil ass, “you’re nothing without me” manipulative flow for quite some time. Another level of domestic abuse.

Before the big showdown of the week, Barry apologizes to Ralph. He admits that seeing Lizzy die did something to him. He also reminds Barry that everyone isn’t lucky enough to be raised by the greatest dad on TV. A lot of boys aren’t taught how to express themselves, and for his whole life Ralph has either hid or made jokes. Some of the realest bars have been coming from this Ralph Dibney redemption story.

Time to jump into action as the team has located Bodak Nully down at some swanky ass party literally running the jewels. She came in demanding the rights to anything shiny and my eyes rolled so far into the back of my head, I damn near went blind.

Sidebar: Null has some of the worst 1 liners in Flash rogue gallery history. Real shit, I cringed they were so horrendous.

She continues to demand all the sparklies and I begin to question their season 5 renewal. Flash comes in with his newly perfected invisi-run but homegirl must’ve inherited the Byakugan cuz she can see the chakra flow. Null dodges Flash, then hits the floor with the anti-gravity defibrillator glow, trying to launch every boujee, loudmouth person into the atmosphere. Flash clears the vicinity before they can catch the street splatter fade, but isn’t able to avoid her touch. She sends Flash up, up, and away and Dibney cuffs her easily. With death looming, Barry gives Ralph the cosign do something Ralph-like and figure it out his way. Of course he dies, like a 3rd grader crushing the national spelling bee by burping the final word. A whoopie cushion saves the Flash’s life and Team Flash has another meta in custody.

BUT WHAT IS THIS?! The big twist at the end of the episode sees Harry sneak into the Time Vault and reboot Gideon. Has too much time under the thinking cap turned Harry evil?! Is Eobard Thawne back for more?! Or is he just desperate enough to do something crazy like try and create/use future technology? Will he become Braniac?!

Watching The Flash? Read all of BNP’s other recaps of the series here