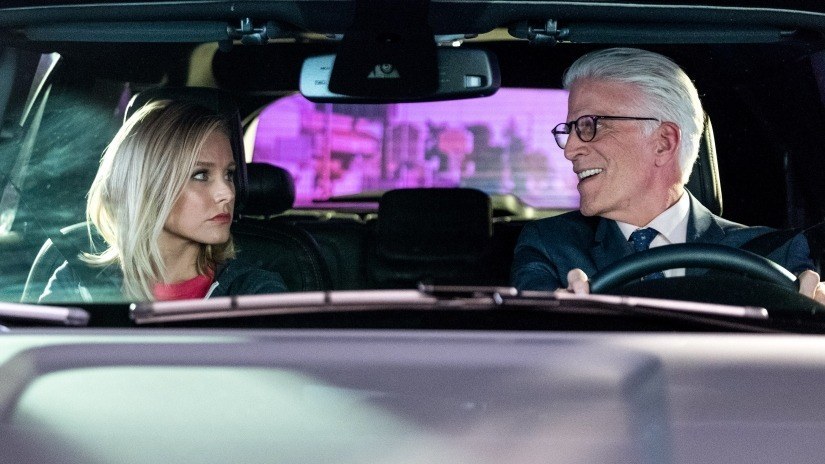 So last we saw The friend group had decided to help those still on earth, and Tahani, Michael and Jason set out to help Jason’s father, but ended up helping Pillboy. Anyways, this episode we seek to help Tahani’s sister -ohhh lord, and Eleanor’s MOTHER! Yes her mother is not dead, she is alive! She faked her death, changed her name to Diana Tremaine and is living in Nevada. Eleanor and Michael rush there to work on saving her mother.

When she shows up she seems just fine. She has a boo Dave Katterttrune played by Andrew Daly and a stepdaughter Patricia who she buys gifts for and whom “Diana” loves, but Eleanor is not buying it. She suspects everything, she is searching through the little girls things looking for the stash of cash and trying to figure out the angle. Her mother “Diana” is running for treasurer of the PTA and shouting out her amazing stepdaughter– yea we all know where this is going. Michael tries hard to get Eleanor to see, maybe she is just fine – and he hits it off with Dave since they are both “architects” well they are both architects but, I just feel like there may be slight differences in their job descriptions. 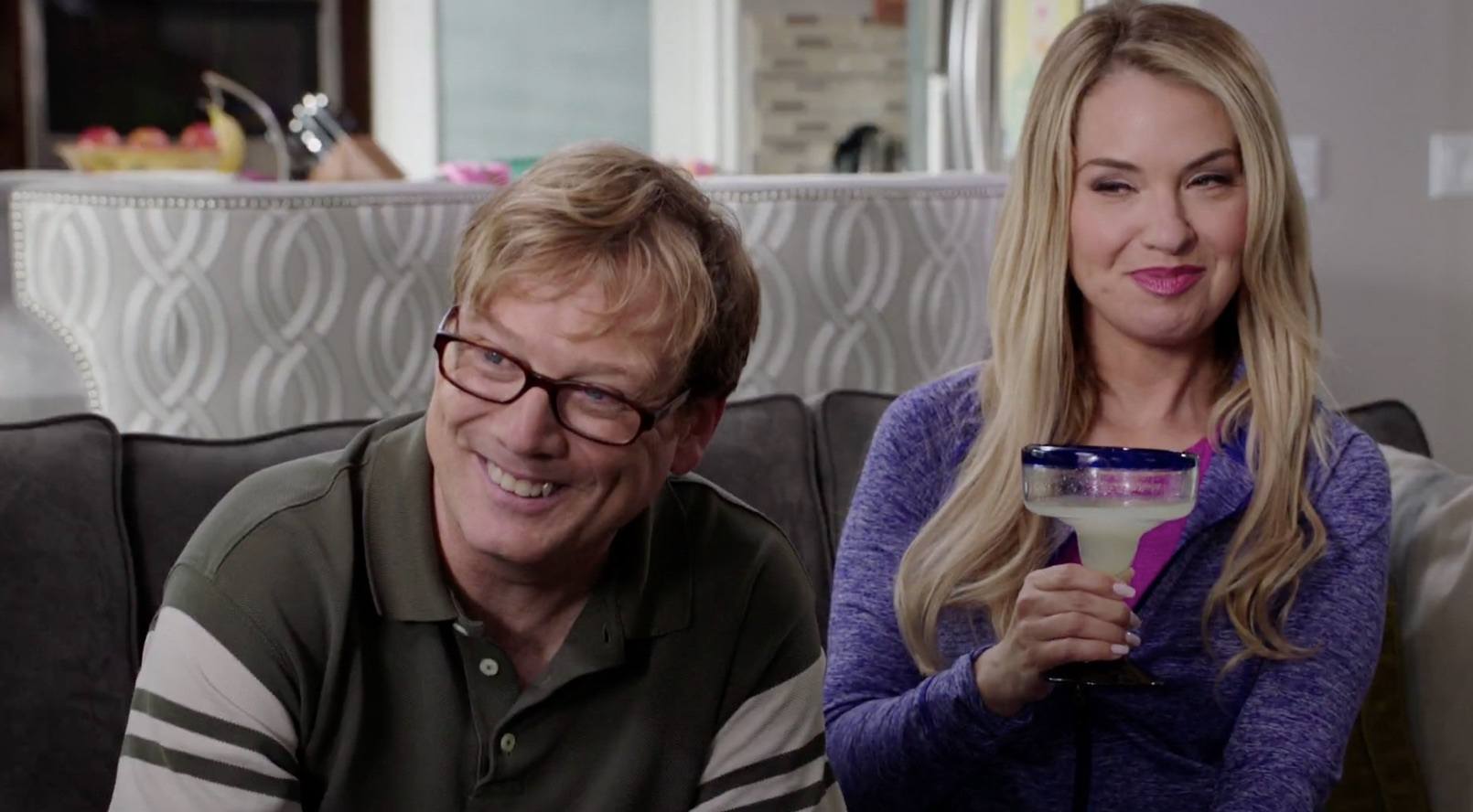 Eleanor doesn’t want to admit it but this is the mom she never got to have, all the love, the acting like a responsible adult, yea… Eleanor didn’t get that, instead she got the mom that faked her death and abandoned her eeeek. This whole thing even had my skeptical self fooled, I was like she is already reformed, and now Eleanor can get some closure she really needs. BUT there is a stash! A huge stash of cash in the laundry detergent box. In reality though, it’s just old habits die hard, die really hard because it was a buttload of cash. “Diana” has been taking money from Dave just in case she needs to bail, but obviously it has not really been a thing looking at that wad. Deep down she knows she is happy and isn’t going to give up the basic bi$$sh life. Eleanor has a real tender moment with her mom and asks her to commit to being basic, because she has a good thing going.

Afterwards Eleanor is analyzing her childhood and cannot believe who her mother has become. She literally says her mother is to blame for her never telling any of her boyfriends that she loves them. So Michael.. The reformed demon, feels its important to let her know that she has told Chidi she loved him and he has said he loves her back. I do not know if this is a good idea – but also why not! I’m down for seeing this all play out.

On the other side of the world Tahani, Jason and Chidi are at the latest art exhibit for Kamilah Tahani’s sister so she can speak with Kamilah and apologize for their life long feud. It seems forced like Tahani is still doing it because she has to in order to be a better person, but we all know that is a lost cause – not cuz she’s terrible but cuz, literally they are not gaining points to the Good Place. Tahani is already frustrated looking at the paintings on the wall, although Jason gives an eloquent reading of the piece in which they are boobs painted to remind us that boobs come in all shapes and sizes and distances apart. 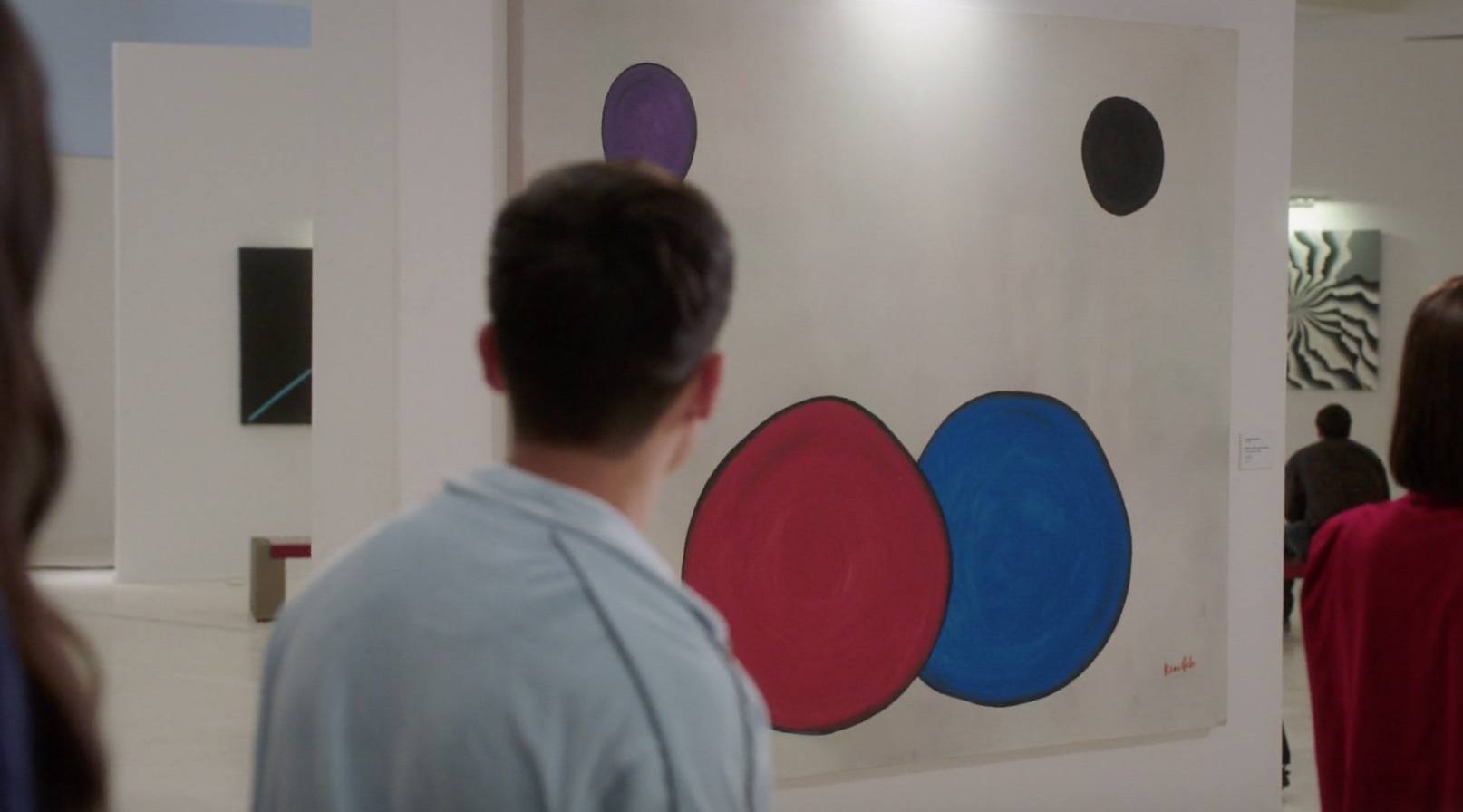 She skips ahead of the line and confronts her sister, who is as condescending as ever, she says she is sorry for everything, for their rivalry for treating as she has their whole life the animosity – I can keep going… After her speech, Kamilah does not accept her apology and Tahani is appalled, it’s like even her apology is part of their incessant competition. Tahani doesn’t know what to do and wants to punish Kamilah into accepting her apology. Kamilah closes down her exhibit because Tahani won’t order and omelette – oh yea the exhibit is about eggs I think, and the performance art piece is making omelettes while giving enlightening quotes to the patrons I guess?? You gotta love The Good Place and their commentary on modernism and current culture. In the meantime Janet and Jason are getting some quality time roaming the art gallery. Is it so weird to feel like they should be together forever? I mean isn’t it the same as Scarlet Witch and Vision *sigh*

Chidi wants to help the situation so he offers to go speak with Kamilah, yet he is overcome with her magnificence. She looks him in the eye and he is under her spell, she says “All your fears are now mine.” Legit Chidi looks cleansed AF, he goes back to Tahani on cloud 9, not having helped at all and Tahani has had it. She literally picks up an axe to destroy the omelette table AAAANNND gets everyone arrested – awkward.

During a talk about her family, Chidi tries to point out the fact that her parents would be proud of Kamilah and her achievements, which is apparently not facts at all. Tahani realizes that the whole time her parents were to blame for their estranged and competitive relationship. They were alway pitting them against each other, for no reason thus developing this deep seeded rivalry and despise for each other born out of competition from their parents. 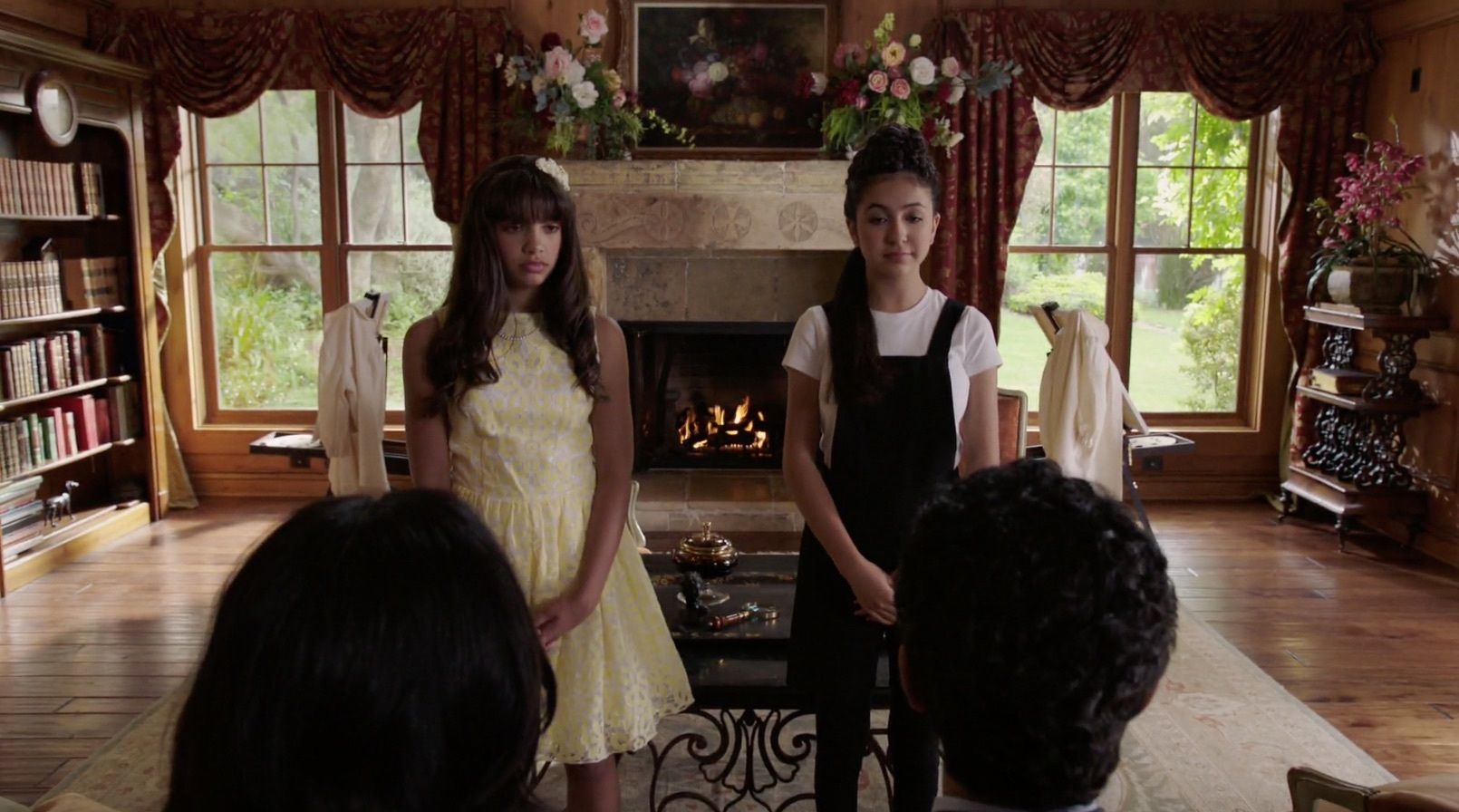 Tahani realizes, the boobs are them! The boobs are their family, their mother and father as a unit and them separated from it all. Instead of apologizing, she hugs her and laments on how wretched their parents were (see my use of the Queen’s english hehhehe, just imagine it in Tahani’s accent.) Tahani says she realizes that she (Kamilah) is just as alone as she is. It was a beautiful beginning to reconciliation.

I feel like next episode we need to go save Chidi’s family, no? Looking forward to watching him squirm for sure!