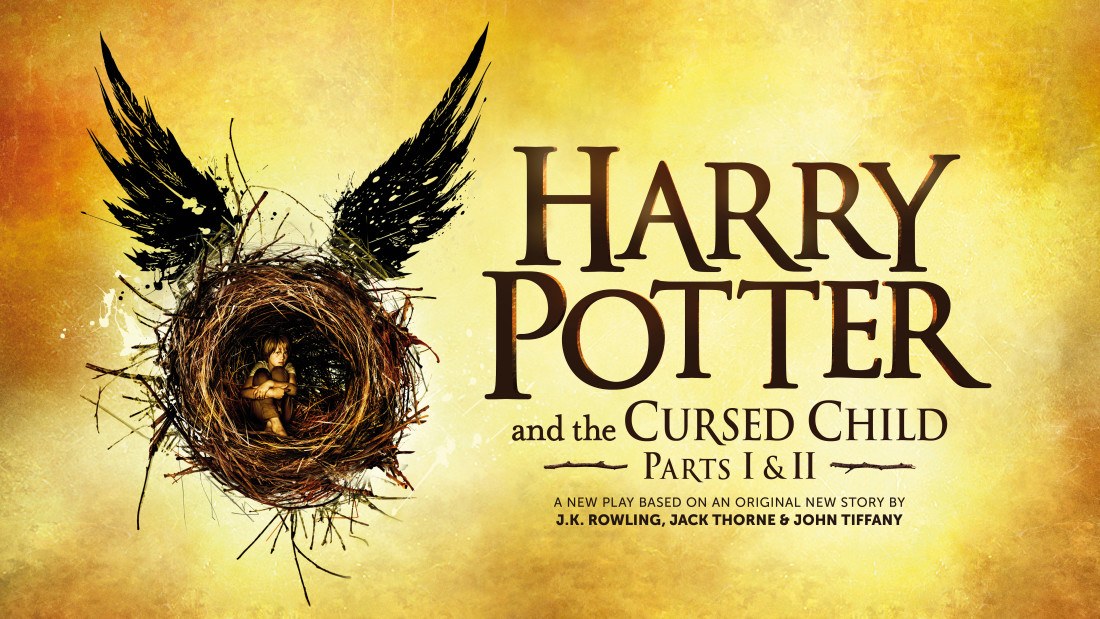 Potterheads far and wide and been craving for a new adventure by way of the Hogwarts Express. We mourned the loss of the Snape, the professor we all love to hate both in fantasy and in real life. Many of us have imagined Weasley summers minus Fred, wondered if Harry & Ginny had a double wedding with Ron & Hermione and wished upon a time-turner just to relive the days of Harry Potter fandimonium outside of our favorite book store. Then July 31, 2016 came upon us and we were able to wish a “Happee Birthdae Harry” by reppin’ our house and buying Harry Potter and the Cursed Child: The Screenplay.

The rejoicing and the celebration didn’t stop when I picked up my copy from my local bookstore (nor when my pre-ordered copy of the screenplay arrived via owl aka Prime the next day), no it had only begun. Why? WHY? I’ll tell you why. This was the day before the we would lose Korryn Gaines and she would henceforward be known as the ninth Black woman in America to be killed by police in 2016. This was two weeks before women of color took over the 2016 Olympics is Rio and made the world say their names. The rejoicing had only begun because this was the thirty-first day of July, 2016 in the year of Black women dominating, in the midst of being target practice and Hermione Granger-Weasley is BLACK y’all!

Let’s not forget that this isn’t just another Harry Potter book, no! This is a screenplay. A screenplay of a production that is currently on stage in London where Noma Dumezweni is and will always be canon for Hermione! 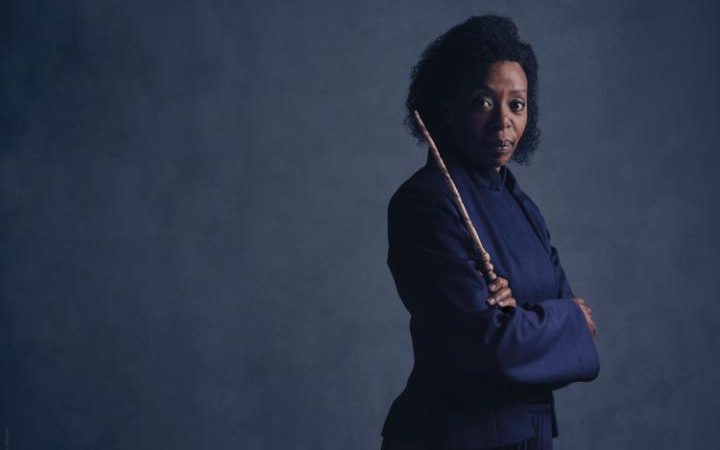 There was no reading Harry Potter and the Cursed Child without seeing Hermione and Rose Granger-Weasley in all of their melanated glory! There was no reading this screenplay without smiling at the fact that folks EVERYWHERE are now seeing the amazingly smart wizard as a woman of color! I have to tell you that I needed this book and I needed Hermione to be Black at that moment in time. I took a small social media sabbatical and dove head first into a world that wasn’t killing my sisters. That night, I brewed the strongest cup of coffee and opened up the screenplay praying for some #blackgirlmagic and there it was… Hermione was not only a stunning genius and a sistah, she was the Head Sistah In Charge, baby. Hermione Granger-Weasley is positioned in the highest seat reputable to wizards outside of being Hogwarts headmaster, Minister of Magic! This is not surprising if you know and love Hermione. This was her destined seat. She was made for this.

There are often widely accepted myths that Black women can’t find love; that the more educated we are the more likely we are to be unmarried.

Now, as you get deeper and deeper into the screenplay, her success seems destined only when paired with two things: 1.) The defeat of Voldemort… duh and 2.) her marriage to Ron. Wait. What? Yeah, unfortunately there seems to have been a taste of passive-aggressive misogyny in the butter beer. Let me explain. The Cursed Child, second son of Harry, better known as Albus is going through some thangs in this book. Thinking that you have to live up to being the son of The Boy Who Lived while having been sorted into Slytherin ain’t no joke. Now, Potterheads know that Harry could have very well had the same fate when it came to houses. Harry pleaded “Not Slytherin” to the Sorting Hat and the hat was obliged because he possessed traits for both Slytherin and Griffindor. Albus, being determined to right what he deems as his father’s wrongs (I won’t give this part away) gets a time-turner in his possession and all hell breaks lose.

During this back and forth, twisty-turny, timey-whimey portion of the screenplay, we see that the choices that Albus Potter and his bestie Scorpius Malfoy make to changing the past turn the wizarding world how we know it on its ass. During this time, we encounter two vastly different Hermiones. One that is a wretched professor who is “teaching. For [her] sins.” She is not married to Ron and is said to be quite mean. Why? All because Ron, in this altered past, actually did take her to the ball as friends. He never had a chance to become jealous of Viktor Krum and realize how much he loved Hermione and so on and so forth…. Okay, really? Don’t strip away my happiness at Hermione being Black and the Queen Bee by telling me that she didn’t become the successful woman that we know and love all because of an unrequited love?

Then we move on to another altered past where again, Hermione isn’t the Minister of Magic. No, this time, she’s underground still fighting and is the most hunted witch or wizard in all of the land. She’s still brilliant, still unmarried, but not so mean. It all keeps going back to Scorpius explaining to the alternate Hermione and Ron what their true love means….. it means a brighter day and a successful, not hunted Hermione. I’d be lying to you if I told you that didn’t make me feel some kind of way. Jack Thorne and JK went a bit too hard on the pumpkin juice maybe. The fact that Hermione is Black only made this part worse for me. There are often widely accepted myths that Black women can’t find love, that the more educated we are the more likely we are to be unmarried. So here we are at the beginning of the screenplay with Hermione stomping a hole into those myths only to have a thing or two altered in the past to feed into it. Personally, I like Ron and Hermione together, but that relationship should not equate to her happiness and success.

It’s okay to acknowledge the triumphs while still naming the pain.

Really, it often seems that Ron is a bit more dependent upon Hermione (in all versions of past and present) for happiness and answers. Despite the sprinkling of misogyny, I still enjoyed the book. It seems that there is a connection between Hermione and Ron that parallels Snape and Lily…. honestly, I get it. I’m just tired of the same ole plot twist. Rowling shouldn’t need to recycle Snape and Lily just to prove a point about fate. There is a way to be happy and successful in and outside of a relationship or marriage that doesn’t compromise the integrity of true love when it is sustainable.

In the end, Hermione remains on top. She is strong and witty. Hermione is both genius and compassionate; she is Minister of Magic, wife, and mother. Hermione is still the girl that we adorn ourselves in Hogwarts uniforms for. In the end, she is Black and on that stage and showing us all that you can successfully be all things even when circumstances might try to say otherwise. In the end, I still rock with Hermione, but I am also a little glad that this last story puts an end to the Harry Potter saga. There’s a lot to learn about empathy, expectations, and identity in Harry Potter and the Cursed Child, criticism of how they depicted Hermione’s fate notwithstanding. And that’s okay. It’s okay to acknowledge the triumphs while still naming the pain.